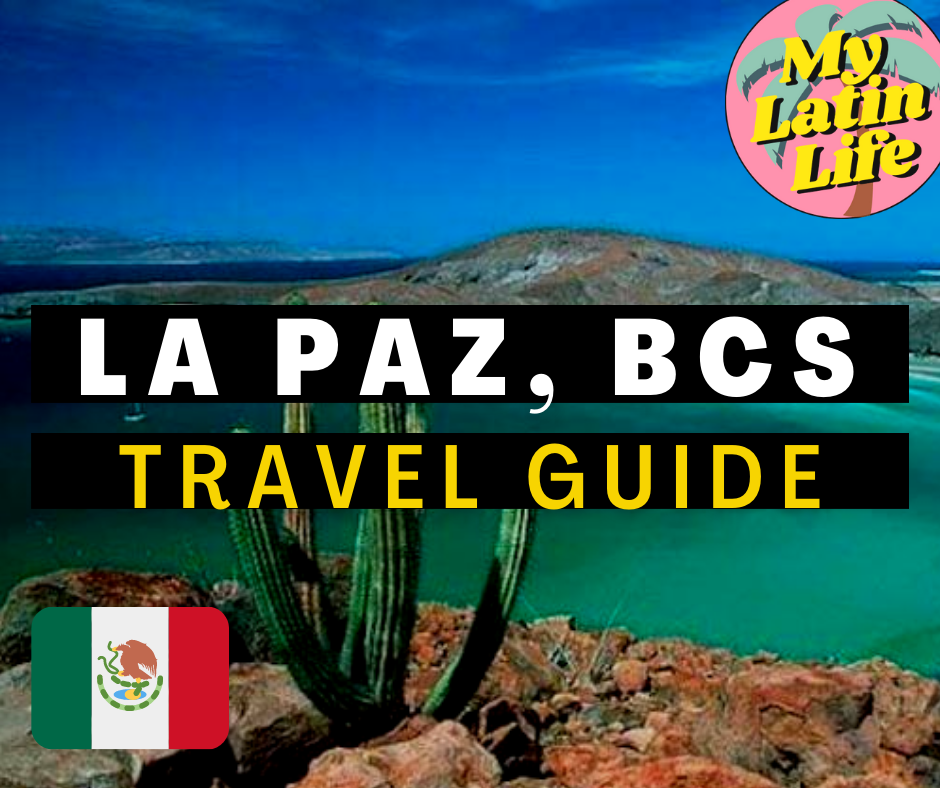 La Paz is the capital city of Baja California Sur. The city is lesser known than Cabo San Lucas, but an argument can be made that La Paz is a better city. La Paz offers a dry climate, American amenities, and a very nice boardwalk along the waterfront for evening strolls. The City doesn’t directly face the Pacific ocean. but rather sits on the gulf of California turned towards the bay. Water sports are very popular. The economy is largely dependent on tourism, the ocean, and the universities. La Paz is also famous for being one of the best places in the world to swim with whale sharks.

WHERE IS LA PAZ, BAJA CALIFORNIA?

La Paz sits in a bay, sheltered from the Sea of Cortes. La Paz serves as a point of entry to the entire southern portion of the Baja Peninsula. Most likely you are going to fly to get here. You can also ferry to and from Mazatlán.

La Paz has a significant skateboard and surf culture. People here really buy into the whole California vibe with longboards and chill attitudes. There are tons of watersports and outdoor activities here. There are many universities in La Paz, often specializing in marine biology and related fields. This is one of the biggest centers in the world for marine biology education. You’ll meet students from all over Mexico and especially northwestern Mexico (Durango, Mexicali, Tijuana, etc). The student culture isn’t overwhelming when you go downtown, but there’s also student areas near the universities.

La Paz is a great city for digital nomads. There are many remote workers here from Canada and the United States. Some people even drive down in their vans and cars! Many of the digital nomads here are from California, Oregon and parts of the Western United States. It’s an easy flight. La Paz is well positioned to continue to grow in popularity among the digital nomad crowd. There’s a decent international airport a short drive from downtown. The airport is easily accessible via Uber. There is a mix of Airbnbs and hotels, but you won’t see too many hostels. The weather is great most of the year. Lots of activities to do. The wifi works very well. The oceanfront bars are great. La Paz will continue to see growing interest in the digital nomad community.

There are many expats in La Paz and the expat community is large. Many Americans have second homes in the area. Oceanfront homes can be purchased for a fraction of what they would cost in the States. The expats use these homes as vacation homes and places to pass part of their retirement. Many snowbirds come down to La Paz to spend their winters. Most expats and retirees you’ll see are from the Western US and Western Canada. La Paz could definitely serve as a decent retirement destination.

DAY TRIPS AND THINGS TO DO IN LA PAZ, BAJA CALIFORNIA

Swim with whale sharks! Make sure you go during whale shark season to enjoy this unique experience.

Hike up to Cerro de la Calavera. It’s a short hike but the views are great! The base of the cerro is walking distance from downtown, or you can take a cheap taxi/uber.

Go sandboarding at the Dunas del Mogote. Be prepared to drive to get there and bring your own sandboard. there’s a few spots in town where you can rent.

Go to Playa Balandra. This is the famous Instagram photo spot. Note that there are often restrictions on the number of people allowed at the beach. Try to go early.

Go to Playa El Tecolote. This beach is near Balandra, but much better for enjoying the day. There’s a few beach bar restaurants here and an extensive beach.

WHERE TO STAY IN LA PAZ, BAJA CALIFORNIA

The best place to stay in La Paz is downtown and near the boardwalk (aka malecón). It’s nice to be walking distance of the boardwalk so that you can go for walks by the water at night. A second option is the cool hipster neighborhood of Esterito, located just east of downtown. There are lot’s of up and coming bars and restaurants in Esterito. Accommodations in La Paz can be found far from the beach, but you’ll need a car if you do that.

HOW TO RENT AN APARTMENT IN LA PAZ, BAJA CALIFORNIA

There are several big Facebook groups dedicated to finding an apartment in La Paz. That is a great place to find good deals. The cost of rent can vary drastically depending on how far from the beach you are. The cost of rent will also depend on whether you are renting in high or low season.

La Paz has a few good cafes and decent wifi. La Paz is very grid-like in design and many of the cafes are located close by. La Paz is very chill city and that is reflected in the vibe of the coffee shops.

Doce Cuarenta: Amazing pastries and bread. Cool patios in both the the front and back. American prices.

The Peach: Very fast wifi! Small cafe and you probably wouldn’t eat a meal here, but the wifi speeds make up for it.

La Paz is home to a great foodie scene. Restaurants close early in La Paz so be sure to eat dinner early here! There is great seafood in the city, and many high end restaurants targeting the American tourist market.

Restaurants that My Latin Life recommends:

Las Tres Virgenes: Pricey but great steakhouse when you want to celebrate.

Harker: Tasty pizza and beer spot in a great location on the boardwalk.

Claros Fish Jr: Huge place with a big menu. Prices are on the high side.

Mango Blues: Vegan restaurant that does it well.

The party scene in La Paz is not as good as you might expect. There are very few nightclubs and true nightlife venues. This is disappointing for city with so many universities. You will find that most people are from Guadalajara, Hermosillo, and parts of northwestern Mexico. Despite the lack of antros (nightclubs), there are numerous beachfront bars which are great for a relaxing night. Just don’t come to La Paz expecting to dance your face off.

Mezcaleria La Miserable: Trendy bar with a dozen tables. Try to get a spot on the patio. Fancy drinks, comfortable setting, works well as a date spot.

La Paz has ranked high in past years for murder rate per capita. These days things seem much better. You will feel comfortable here walking around late at night. La Paz is probably safer than Cabo. In La Paz you are less likely to experience opportunistic tourist crime. There is also less narco nonsense here compared to Cabo. This is a growing Mexican city so exercise normal cautions. Overall, La Paz is one of the safest cities in Mexico.

The best time of year to visit La Paz is in the spring or fall. This is when the weather is the best. The winter is going to be very busy with tourists from Canada and the Northern United States, so keep in mind that prices go up during the winter season. Spring and Fall the most ideal, moderate weather. One thing that’s good about La Paz is you can visit any time of year. Summers are hot, but it’s still livable.

The best beaches in La Paz are well outside of the city. There are very nice beaches on this side of Baja California, but you’ll need a car to get to them. The beaches in the city have rocky sand and are almost unswimmable. La Paz is located in a bay and isn’t directly on the Sea of Cortes. La Paz isn’t the type of city where you can walk down to the beach and hop in the water. You could, but it’s not ideal. That being said, here are the best beaches in La Paz:

Playa Balandra: The famous instagram beach. This idn’t the type of beach where you chill and drink beers and blast music. It’s a mission with a clear objective of getting Instagram photos. Go early because they often limit the amount of visitors.

HOW TO GET TO LA PAZ, BAJA CALIFORNIA

La Paz has it’s own airport, the La Paz International Airport- Manuel Márquez de León. This airport has direct flights to all over the USA and Mexico. You can take the ferry from Mazatlan to La Paz. This is the main way that people cross from the Baja Peninsula to the ‘mainland’ of Mexico. This is an overnight ferry than takes around 12 hours, but it’s quite epic. You can also fly into the airports of Cabo San Lucas or San Jose del Cabo and drive to La Paz.

The cost of living is certainly lower than Cabo San Lucas, but higher than other parts of mainland Mexico. Rent prices are reasonable for annual rentals, but Airbnbs can be expensive. There is a huge price difference between the monthly Airbnb rate and the local rate you might find on a Facebook group. Food prices are more expensive than other parts of Mexico, but still much cheaper than the States. Fish tacos and seafood are very cheap.

HOW LONG SHOULD I STAY IN LA PAZ, BAJA CALIFORNIA?

La Paz is a good place for any time range. You can see everything within 2 days in city. You can also make La Paz your base to explore the Baja Peninsula over the course of several weeks. La Paz is chill and makes for a good spot to base up and get work done. Whenever you finish your work, you know that the sun will be shining and you can go for a walk, get food, or adventure a bit.  for a weekend. You could even live here year round. That is one thing La Paz and Baja California has going for it – it makes for a good year round destination.

La Paz is definitely worth a visit. It’s a place that you will feel comfortable. It feels very safe and very chill. It’s a much lower cost of living than the States. There are tons of expats and retirees here. You can see new expat-focused neighborhoods and construction projects popping up everywhere.  The digital nomad community will certainly grow, especially in winter months. La Paz attracts the extreme sports crowd, so you’ll get more out of living here if you have hobbies related to the water. The seafood is amazing. La Paz feels like a good balance between the States and Mexico.