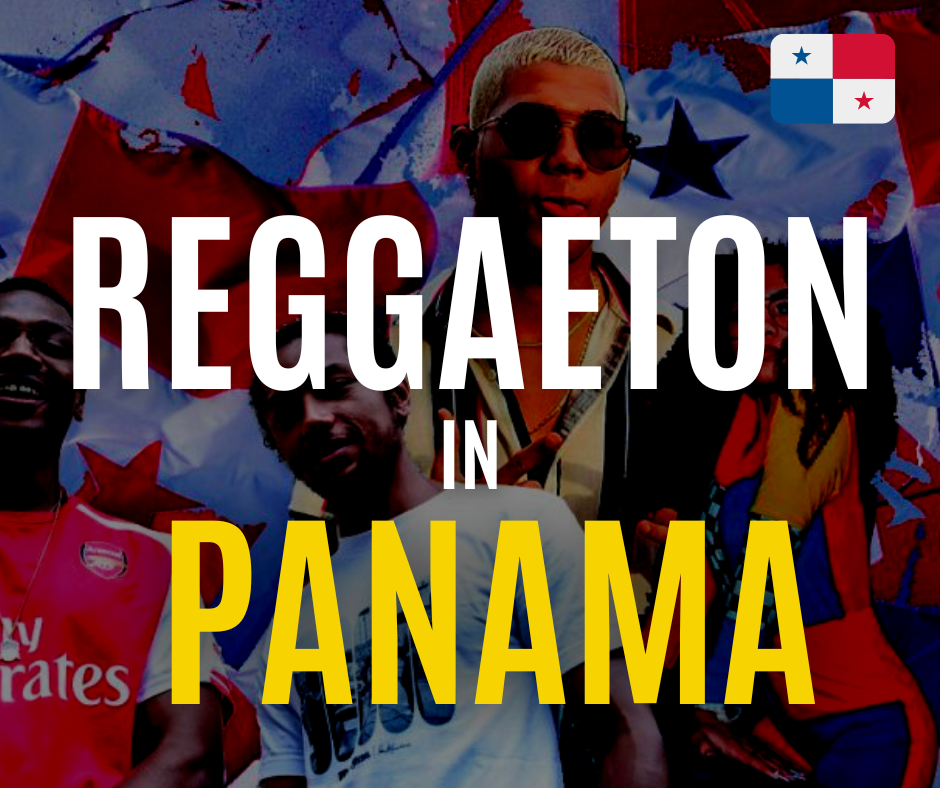 Latin music has bombarded its way into the mainstream charts in recent years. Not just due to the large number of Spanish-speaking population in the United States, but because of its infectious rhythm and forward-thinking artists like Bad Bunny, who have managed to put reggaeton on the map. It seems like just about every pop singer wants to have a collaboration with a reggaeton artist these days… While not new since these collaborations already existed (Fergie and Daddy Yankee for example), they certainly have become popular now all over the world, knocking down the language barrier on the way.

Now if you listen to reggaeton, you’ll find that there it’s primarily dominated by Puerto Ricans and Colombians. But what you may not know is that while reggaeton was born in Puerto Rico… it’s based off Reggae in Spanish which was born in Panama and became popular in the 80’s. Puerto Ricans were heavily influenced by this and would have Reggae marathons (maratón) at parties which they would call reggaeton. It wasn’t until 2004 when Daddy Yankee came out with gasolina that the genre was officially dubbed reggaeton. There has been some controversy and debate between Panama and Puerto Rico going back and forth as to what the current genre name should actually be (it’s considered that the original sound of reggaeton is not what we hear now, but a fusion of it with pop which should be called Latin urban music). Nonetheless, foreigners still identify it as reggaeton.

Panamanian artists generally don’t make internationally commercial music. Most of the urban music scene in Panama is too “ghetto” and wouldn’t translate well into international charts. However, there are some who have managed to cross that bridge. Let’s take a look at Panama’s urban music, or reggaeton scene…

These are the original reggae in Spanish creators who worked with Jamaican producers to put out Spanish versions of their songs, so the Latin community could understand the lyrics. Puerto Rican reggaetón artists like Daddy Yankee and Nicki Jam were heavily influenced by these Panamanians. If you were to go to Latin club in the States today, you’d most likely hear some of their songs.

1. Renato: quite a couple of hits under his belt. His most famous is probably La chica de los ojos cafes.

Renato had a child who later on became one of Panama’s biggest urban artists—El Kid. Unfortunately, he was shot and died in 2011. His music is still played at almost every club and most Panamanians sing them as if they were the national anthem.

Quick tip: if you’re ever in a club in Panama and the DJ yells 1, 2, check check check, the audience will scream at the top of their lungs “YEYO” pronounced jeh-joh. This was el kid’s intro to one of his songs.

2. El General: known for his military outfit on stage. El General’s music is still played in clubs to this day and has been an influence for artists like Karol G. She has covered one of his most famous songs and also channeled her inner General with this yellow outfit for her Bichota music video. Some of his famous hits are “Tu pum pum”, “Te ves buena”, and “Muevelo” which scored him an MTV award back in 1992.

3. Nando Boom: again, many, many hits that did well across Latin America. Nando Boom is most famous for “enfermo de amor”. Out of all the artists mentioned so far, he’s the only OG still making music occasionally. He’s even featured in Sech’s newest album.

These are some of the Panamanian artists who have made it big internationally.

4. Sech: also known in Panama as “el peluche” for his teddy-bear like appearance. Sech is the hottest Panamanian artists right now topping the charts and featuring in many popular songs. His international debut hit was “otro trago” and he’s been rolling out hit after hit ever since including songs with Daddy Yankee, Bad Bunny, and even DJ Khaled.

5. El Boza: Boza is up and coming internationally. He’s been nominated for a couple of new artists awards and has hits like “party en mi casa” and “en la luna”. He’s also been featured on the Mexican version of Jersey Shore, Acapulco Shore.

6. Joey Montana: has been known across Latin America for a while now. Some of his latest hits include “La melodia”, “picky” and collaborations with Sebastian Yatra, Akon, and De La Ghetto.

7. Eddy Lover: while not as active as he once was, Eddy Lover still tours across Latin America and has many hits. La Rosalia recently covered his song with La Factoria called “Perdoname”.

Other artists who have made it big in the Latin American scene and who can still be heard today are: Flex, Mach and Daddy, Aldo Ranks, Dubosky, Japanese, El Rookie, Kafu Banton, and Mr. Saik. And not just in Latin America. The old La Factoria songs are classic.

BK: while not the main artists, BK is a producer responsible for producing hits for Daddy Yankee, amongst others.

If you’re interested in knowing what the local urban music scene is like, here’s a quick list. Fair warning though, if you understand Spanish, these lyrics can be very explicit. Artists like Yemil, El Tachi, and Anyuri are popular but definitely not my personal favorites. There are also upcoming artists like BCA who are working on a more international sound. Elisama is another Panamanian artist with potential to make a splash internationally, she’s currently signed to Universal Music.

Panama is a country that punches well above its weight in terms of musical talent. Most artists are from Panama City but a number are from Colon city as well. Panama is one of the top cities and top countries in the world for reggaeton music production. No trip to Panama City is complete without a visit to a reggaeton show.