An Overview of Migration in Latin America 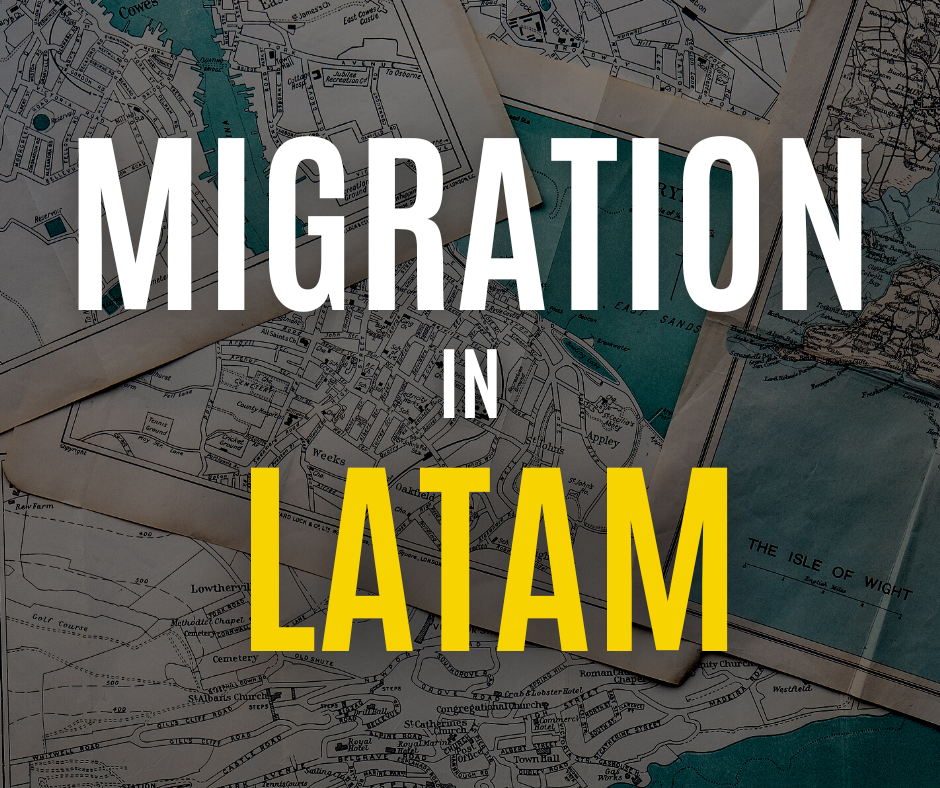 According to the UN there were 281 million international migrants in 2020, equivalent to 3.6 percent of the world’s population!

As the world becomes more globalized and connected, this number will continue to grow. In the past, people moved for economic opportunity. Now, people have increasingly equal economic opportunity through the internet. The international migrants of the future will be people looking for greater personal freedom, better weather, and lower taxes.

We found this interesting map from Statista. Let’s examine this map from a Latin American perspective, and take a look at migration flows in the Americas.

The best net recipients of migrants in the Americas on a percentage basis were Canada, Colombia, and Chile. Migrants come to Canada from all over the world, and particularly from Asia. Colombia received millions of migrants from Venezuela, explaining the contrasting dark red and dark blue of the neighboring countries. Chile is known as one of the most developed countries in South America, and many people are moving to Chile for perceived stability, safety, and economic opportunity. In 2020, net migration rate for Chile was 6.02 migrants per thousand population.

The only dark red country in the Americas is Venezuela. This is understandable given the tough economic and political situation there. Migrants from Venezuela moved primarily to Colombia, but they also went all over Latin America. A significant number of the migrants to Chile came from Venezuela. It is not uncommon to meet Venezuelans in every Latin country from Argentina to Mexico.

Moving on to Mexico and Central America, we can see that most of Central American continues to experience a net outflow of people. Only Costa Rica and Panama bucked the trend. We have all seen the stories about migrants from Honduras, Guatemala, Mexico, and other countries showing up at the southern US border. For all the talk of there being too many gringos in Mexico City, it’s not enough to replace or match the number of Mexicans moving abroad. Central America is also known for favorable migration programs for wealthy expats. As long as these countries continue to experience outflows, we can expect that the residency programs will continue.

Perhaps the most surprising part of this map is the net outflow of migrants (light red) from Bolivia, Paraguay, and Uruguay. Bolivia and Paraguay are the most ‘pure’ territorial tax countries in South America, which makes them attractive to people who earn their money offshore. Despite the favorable tax system, these countries experienced a net outflow of human capital. That is perhaps why Paraguay continues to accept new immigrants. Paraguay is well known to be one of the most open countries in the world for migration. Paraguay offers an easy path to permanent residency and a territorial tax system. Uruguay is also known for their 10 year tax break scheme to attract wealthy foreigners.

Latin America continues to be the world’s most open region for would-be migrants. Latin American countries offer an easy path to permanent residency and citizenship.