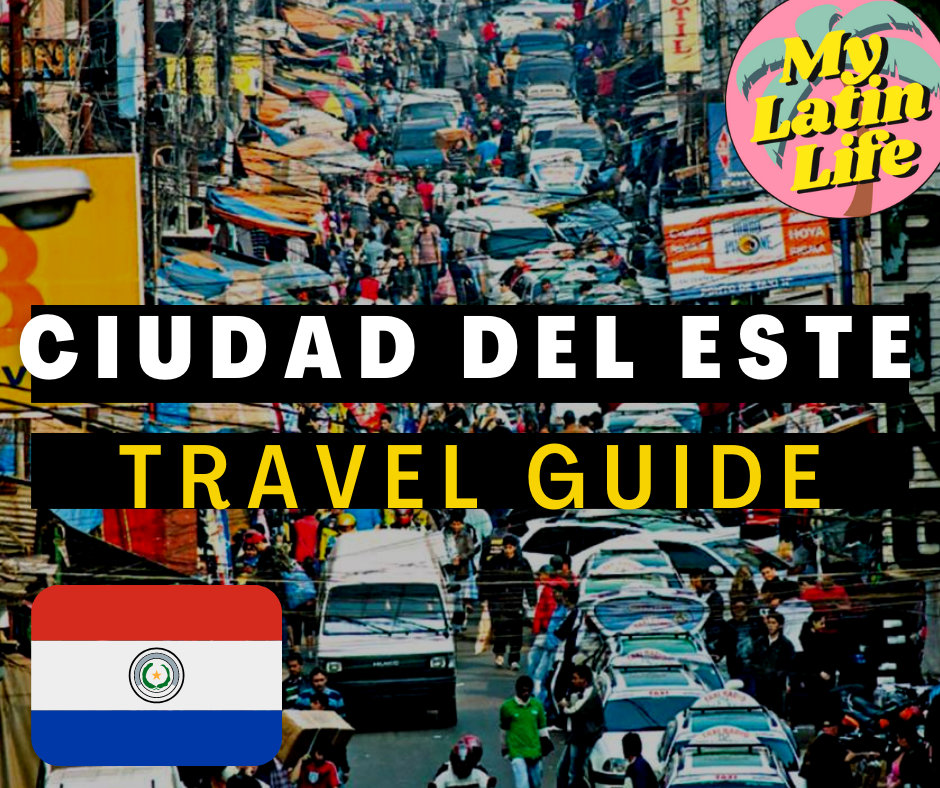 Ciudad del Este sits at the triple frontier of Paraguay, Argentina, and Brazil. Ciudad del Este is a Paraguayan city, but it enjoys unique relationship (and relatively open border) with Brazil. ‘CDE’ is a relatively new city, having been founded in 1957. The founding of Ciudad del Este was a government initiative. The Paraguayan government wanted to open a more direct trade route to Brazil and onto the Atlantic ocean. Now, the city is a bustling hive of international trade. The shopping malls here are infamous. This is the best place in Paraguay to buy electronics and everything else. Many expats have set up shop here to engage in the import/export business. Tourism and industry are picking up, and the population has been growing fast to keep up. Ciudad del Este is very close to the famous Iguazu waterfalls, one of the major tourist highlights of the region. Digital nomads should definitely visit Ciudad del Este to see the markets, the dam, and the Iguazu Falls.

WHERE IS CIUDAD DEL ESTE?

Ciudad del Este is located at the eastern border of Paraguay. Ciudad del Este directly borders Brazil, seperated by the Paraná river. The twin cities of Ciudad del Este and Foz do Iguazu are connected by the Puente Internacional de la Amistad. A second bridge is currently under construction. Ciudad del Este also shares a border with the Argentine city of Puerto Iguazu. This is one of the rare cities in the world that sits on a triple frontier.

There are many different people living together in Ciudad del Este in harmony. In Ciudad del Este you will find Paraguayans, Brazilians, Chileans, Lebanese, Syrians, Koreans, and Chinese. Everybody is very entrepreneurial. Most people will not speak Guarani here. The dominant languages are Spanish and Portuguese. It could be argued that – even though this is a Paraguayan city – Portuguese is more commonly used than Spanish among the populace.

Many travelers have visited Ciudad del Este over the years. Large number of tourists visit the city to see the Itaipu Dam and the Iguazu waterfalls. You are unlikely to meet any digital nomads during your stay in CDE, but that doesn’t meet there aren’t any. The wifi is pretty good here and there are several decent cafes that you can work remotely from. Most of the good coworking spaces can be found in Foz, on the Brazil side.

DAY TRIPS AND THINGS TO DO IN CIUDAD DEL ESTE

Go to the casino! There are many casinos in town, including Casino American, Casino Diversiones, and Hotel Casino Aracay.

Check out the “Hito 3 Fronteras”, the vista point on the Paraguayan side marking the triple frontier.

Visit the Mirador Itaipú, on the Paraguayan side of the dam.

Check out the Saltos del Acaray, a small unknown waterfall near the city.

WHERE TO STAY IN CIUDAD DEL ESTE

The best place to stay in Ciudad del Este is near the Lago de la Republica. The lake is a great place to go for walks and get some fresh air. It’s also very close to the centro and the shopping malls. There are also several restaurants and bars overlooking the lake or in the immediate vicinity. You can easily live here without a car due to the closeness of everything from this neighborhood. Ciudad del Este is a walkable city if you stay near the lake.

HOW TO RENT AN APARTMENT IN CIUDAD DEL ESTE

Your best bet is to book a hotel or Airbnb. You can even stay at a hotel in Foz do Iguazu, on the Brazilian side, where things are a bit nicer. If you intend to do a longer term stay, you could book an Airbnb for a few days then negotiate with the landlord on the ground. Most landlords will know other landlords and they’ll work together to find you something.

Mi Gelato Confiteria: Safe, fancy cafe with fast wifi that is conducive to working. It is loud and small so don’t expect to do phone calls here. Expensive for CDE. They have good ice cream and italian style sweets and pastries.

Try the sandwich milanesa at Frankonia. This place is very old school.

Drop by La Negra to eat and drink at a nice spot by the lake.

Try Abbas Líbano for some of the best Lebanese food in town.

Most of the partying is done on the Foz side. You’d expect more of a party scene for a city that should be catering to tourists. All the nightclubs and good venues are in Foz do Iguazu. There’s still a few decent bars in Ciudad del Este.

After Sunset: The closest thing to a decent nightclub in CDE. You’ll see a more upscale clientele here and well dressed people.

Ciudad del Este. is a reasonably safe city. A lot of the crime is actually committed by Brazilians (or at least that’s what the local media portrays). Most people try not to walk long distances at night, especially in and around Centro.

IS CIUDAD DEL ESTE A GOOD PLACE TO LIVE?

Ciudad del Este is a funny place to live. You are in Paraguay but SO close to the Brazilian border. Brazil is a constant presence. Ciudad del Este is a frenetic city and it can be difficult to find peace. Things are fast paced (by Paraguayan standards) and everybody is a deal maker.

Ciudad del Este can get cold in the winter and the houses are not built for it. I visited one time in June or July and the tempuratures got down to maybe 2 degrees celcius. I was freezing! The best time of year to visit Ciudad del Este is in the spring or fall.

HOW TO GET TO CIUDAD DEL ESTE

Another lesser-known way to get to Ciudad del Este is by way of Brazil. You can fly to Foz do Iguazu, Brazil relatively cheaply from Sao Paulo and Rio. Once you get to Foz, it is easy to cross the bridge into Ciudad del Este.

The cost of living is very low in Ciudad del Este. Rent is very cheap. Food is cheap. All the electronics, gear, and appliances that you may need can be purchased here for a good price. The following data is from Expatistan, a crowdsourced database of prices and cost of living around the world. In our experience, the data tends to underestimate cost of living, so take the following as the minimum you might need to live here.

HOW LONG SHOULD I STAY IN CIUDAD DEL ESTE?

Ciudad del Este is not somewhere that you are going to want to live long term, unless you’re in the import/export business. Foz do Iguazu is much more livable if you want to be on the triple frontier. It is possible to stay in CDE for one month if you truly want to do everything. The ideal amount of time to spend in CDE is between 3 days and one week. Maybe a bit longer if you are working online and only getting out on weekends. The internet is surprisingly good in CDE! There are many sights and attractions. The waters are truly world-class.

Ciudad del Este is an experience. The Iguazu Falls are absolutely must see. The city itself is decidedly run down and doesn’t have too many redeeming qualities. At least it’s cheap and does provide all of the amenities.  Most digital nomads will enjoy there stay here, because the internet is pretty good and the nature is amazing. Most expats that come here are working in international trade between Argentina, Brazil and Paraguay. Come to check out the Iguazu Falls and other attractions, then move on.