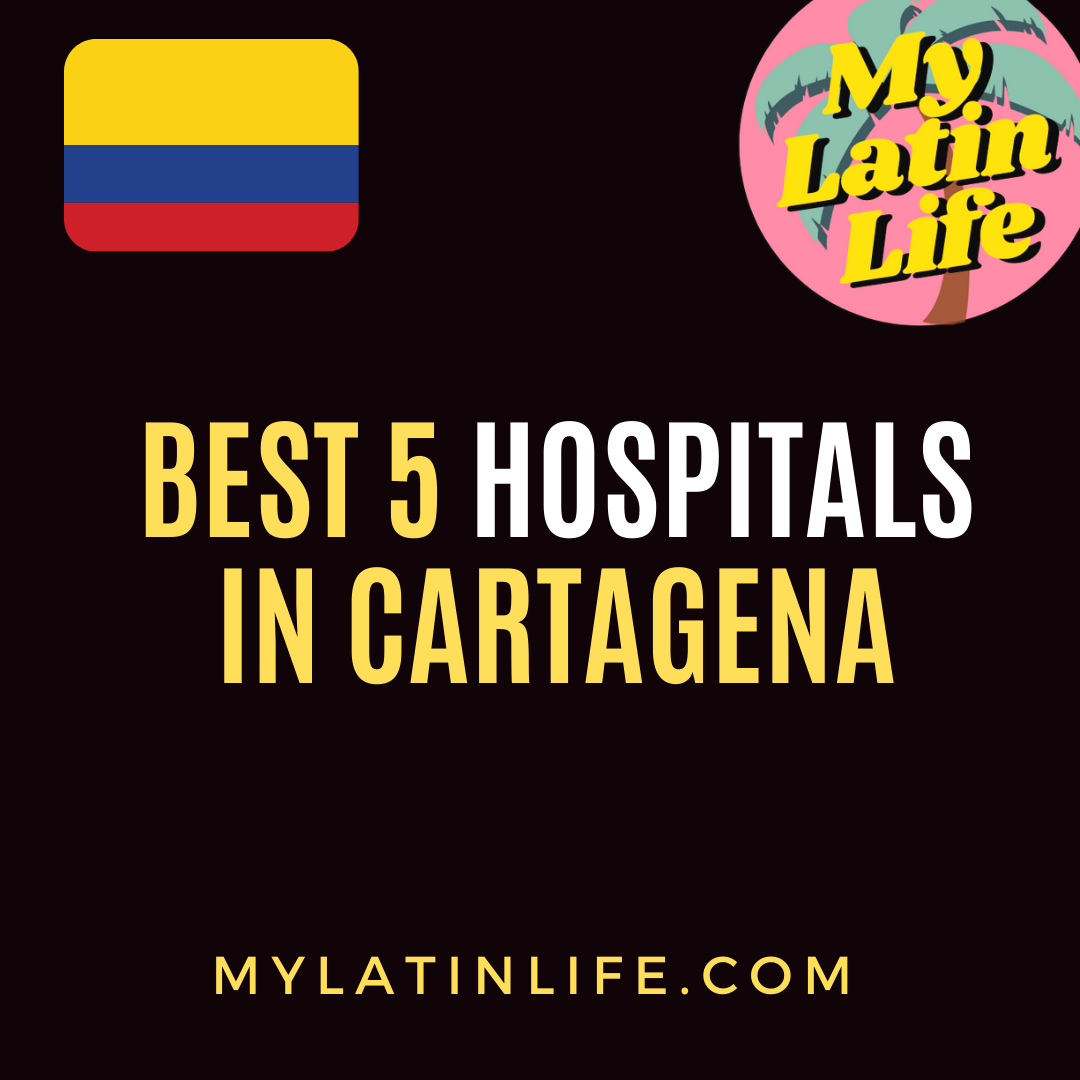 Colombia is world famous for its excellent dental work and sought-after cosmetic surgery, with its main competitor in the region being Brazil. But what most people don’t know is that Colombia also offers top-notch hospitals and clinics offering services like joint replacements, organ transplants, ICU services, and even cancer treatment. In fact, 41% of the top Latin American hospitals are located in Colombia. Cartagena specifically, recently became home to one of the most modern hospitals in Latin America with state-of-the-art equipment. Best of all, health care is incredibly cheap in Colombia, be it in the private or public sector. Here are the top 5 hospitals in Cartagena:

This brand-new hospital was inaugurated back in 2019 and is considered Cartagena’s most modern hospital and the first specialized institution for cancer treatment in the region. The Carlos Haime hospital is the first component of the Centro Hospitalario Serena del Mar. Their services include an impressive intensive care unit, cardiology, endoscopy, MRI, 7 delivery rooms, chemotherapy, radiotherapy, and more.

Keeping in line with its innovative status, this hospital has a completely automized pharmaceutical service. The emergency room is also something to note here, the Carlos Haime hospital is equipped with a modern helipad to allow access to patients in a critical status from far and wide.

While this is a private hospital, prices are far less expensive than in North America, and without sacrificing quality. In fact, they had the foreign patient in mind when creating the hospital. There is a special office for international patients to ensure the patient receives all the information they need in their own language. So, no need to worry if you don’t speak Spanish. They also have strategic ties with hotels and transportation companies to adapt to the patient’s needs.

This is the only hospital of its kind in the tourist part of the city offering 24-hour emergency care for all ages, every day of the year. It’s also the only hospital on this list with a user-friendly website. Keep in mind that most people in Colombia don’t speak English, if seeking medical treatment in this corner of the world, you’ll need at least some Spanish to get by.

Nuevo Hospital Bocagrande is a private hospital founded in 2009 so while it’s still relatively new, it’s conformed by a team of experienced medical professionals, specialists, and assistants.

Unlike other hospitals in Latin America, should you find yourself having to stay overnight here, you have the option of a single suite or sharing a room with other patients. Not all hospitals in this part of the world have the room capacity to offer this to patients which is definitely something to note. Prices in Colombia overall are extremely affordable, and the health industry is no exception, don’t expect to pay North American health prices in Cartagena.

Besides the ER, this hospital is well equipped to tend to your needs. Other services include surgery (health and cosmetic), radiology, digestive endoscopy, blood blank, clinical lab, and more.

This is the oldest public hospital in the region. It also serves as an educational facility for medical students, hence the name “Hospital Universitario”. In true Colombian fashion, customer service is great here even though it is a public hospital. While their infrastructure could use some updates, it gets the job done efficiently and inexpensively.

While on the topic of its infrastructure, its Intensive Care Unit was last renovated in 2016. They also boast an impressive Rehabilitation unit for physically wounded victims (gun wounds, stab wounds, etc.) and the general public as well. With equipment donated from USAID, the rehab unit in Hospital Universitario del Caribe has everything you need for a speedy recovery.

It is likely that the staff here won’t speak English so some Spanish is highly recommended. For plastic surgery procedures, it’s best to head to a private hospital, however, in case of an emergency or general medical procedure, you’ll find that this hospital meets U.S. health standards for a fraction of the cost.

Though there aren’t a whole lot of hospitals in Cartagena (you’ll find more in bigger cities like Bogotá and Medellín), Hospital Universitario Del Caribe covers all your basic medical services like outpatient surgery, gynecology, neuro, orthopedic, emergency room, intensive care, etc. Since this is a public hospital, be prepared to share a room with other patients. It’s the oldest public hospital in Cartagena.

This go-to hospital for pregnancy has a long history of treating women in al phases of pregnancy and during birth. Founded in 1950, this highly regarded clinic is of the public sector. With modern equipment and excellent patient care, Clínica de Maternidad Rafel Calvo deals with 8000 annual births including from the most vulnerable pregnant population in Cartagena.

This hospital is also home to a neonatal intensive care unit which has helped diminish the neonatal mortality rate in the region. The entire hospital and pharmacy is opened 24 hours a day.

Despite the number of years present in the region, do not expect a private suite where your entire family can come and watch the birth of your child. Again, hospitals of the public sector get the job done safely but mostly without the commodities you’d find if you were paying for private care. Clínica de Maternidad Rafael Calvo specializes in all things baby health related.

Though the equipment and technology here is modern, their infrastructure is not. Expect developing world waiting rooms. Clínica de Maternidad Rafael Calvo is definitely the #1 choice for pregnancy.

This is specifically an outpatient hospital founded in 2001 with the intentions of being able to handle smaller health issues from both locals and foreigners. This hospital has been previously ranked as the best in Cartagena and one of the top 50 hospitals in the entire country. You will most definitely be in safe hands here.

On a surgical level, you can count on modern equipment throughout the entire operation and recovery process. Clínica Medihelp Services is also the only other hospital on this list with an actual working website, granted it’s fully in Spanish, you’ll find a list of all the medical services they provide. This hospital does have the distinction of needing an appointment scheduled rather than just showing up.

However, they have a special program called “Consulta Prioritaria” created for those who due to their condition (but whose life is not in immediate danger), can’t wait for an appointment. The waiting time for this type of attention is 20-35 minutes approximately.

What is the best hospital in Cartagena, Colombia?

By far the best hospital in Cartagena is Hospital Universitario Carlos Haime. Prices in medical care in Colombia are jaw-droppingly low when compared to other places, even more so if you come from a dollar holding country. While the public health sector isn’t 100% efficient, it’s not as bad as in other places in the Latin America.

Keep in mind Colombia is still a developing country, but fortunately, there’s lots of highly educated and trained medical personnel. It’s no wonder so many people head down here for cosmetic surgery. Something to note for this specifically is to investigate the doctor who will be performing your cosmetic procedure. There have been many cases of “all included plastic surgery plans” that are scams. There’s an increasing number of women suffering complications and even dying from badly done surgeries by unqualified doctors who take advantage of the popular medical tourism here.