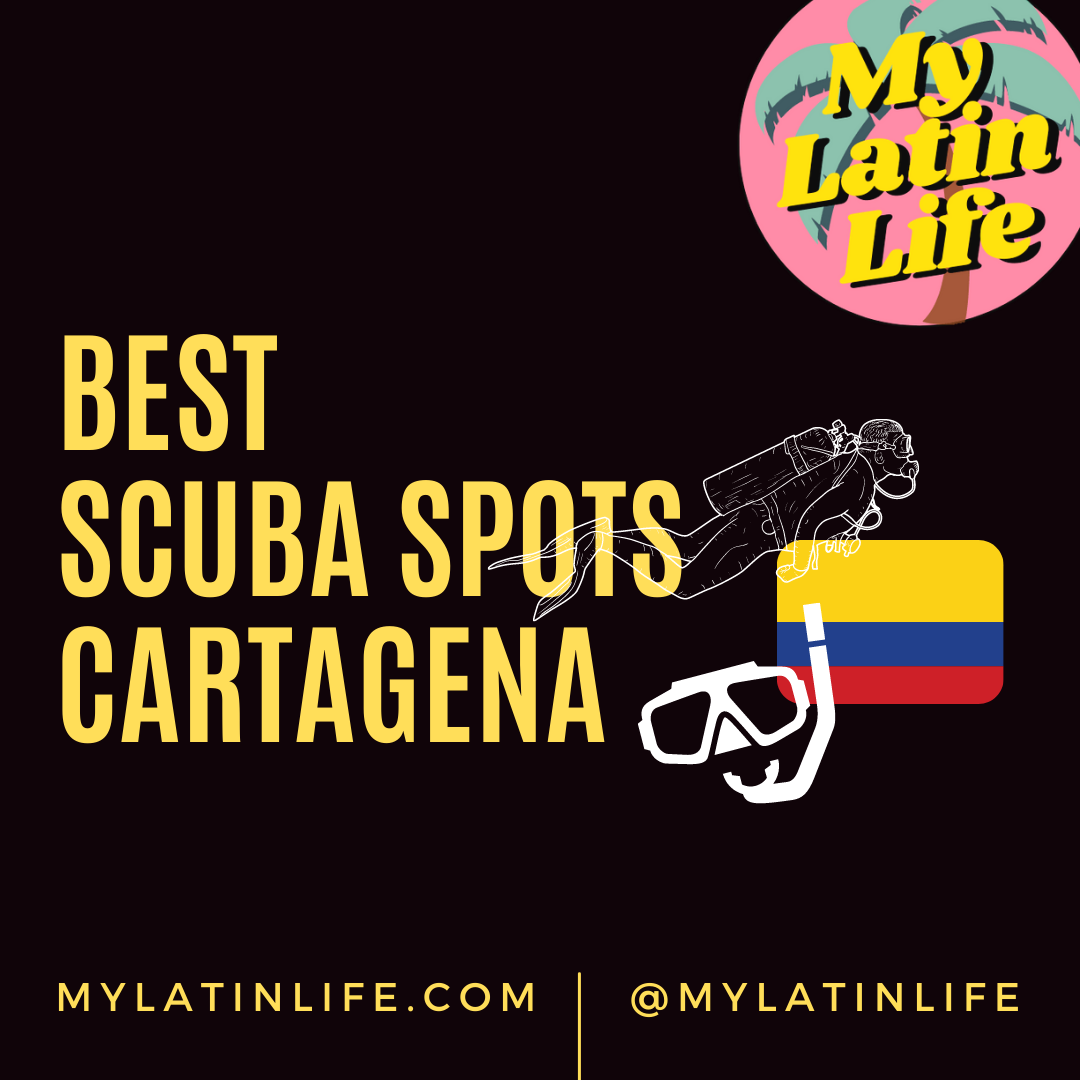 Is Cartagena good for scuba diving? What are the best scuba dive sites in Cartagena?

Cartagena has a coastline with the Caribbean Sea and is blessed with premier diving sites. There’s also just as much history underwater as there is on land here which means plenty of shipwrecks to explore, beautiful coral formations, and tons of marine life. Scuba enthusiasts can swim under the crystalline surface for a chance to see sharks, rays, and huge spider crabs on the reef—truly a diver’s paradise.

There are quite a few factors that make for a great diving experience. No currents, no-swells, perfect visibility, and warm temperature. But besides weather conditions, having reliable equipment is important too and Cartagena is home to several very good dive schools. A little bit of wow factor is good to – a shipwreck, colorful fish, reefs. Cartagena, Colombia ticks all of the boxes, providing world-class diving throughout the entire year.

Let’s take a look at 8 of Cartagena’s top diving sites.

This is the most popular diving location in Cartagena. It’s been a Coral National Park since 1977 and boasts an area of 4633 sq. miles of water and ocean floor. These islands are located southwest off the coast of Cartagena, which is about a 40-minute boat ride.

Within the Archipelago, which is composed of 43 tropical islands, there are 28 diving sites in which you’ll find hard and soft coral reefs, white sand beaches, shipwrecks, and a variety of tropical fish. Around the coral, divers may also encounter reef sharks, nurse sharks, stingrays, octopuses, seahorses, and even moray eels. For a better shot of seeing crabs, octopuses and lobsters, head out onto the water after sunset for a night dive.

While Rosario Islands has excellent diving conditions, they may suit a bit more experienced scuba divers. It’s common to experience large waves making for a very wet return trip to Cartagena. There are also a lot of boats (mostly non-dive boats) that travel to Rosario Islands, which means more overhead noise while diving.

Cartagena. This reef supports a varied amount of marine life. The area is actually a series of underwater plateaus and cliffs.

History lovers will get a thrill out of the two sunken ships next to the base of an old lighthouse. Salmedina is actually one of the sites with the greatest archaeological potential in Colombia due to a large number of ships from different periods and regions that were shipwrecked while traveling the Colombian Caribbean.

Around 1991, the first archaeological approach was made in Colombia to one of the sites (called Salmedina I) where a series of artifacts linked to a possible wooden boat had previously been identified.

The wrecks serve as a diving base. With the lighthouse indicating the shallowest part of the reef. Depths can range from 20 to 120 feet.

Tierra Bomba island right off the coast of Cartagena and has it’s share of shipwrecks, a war ship to be exact. The Varadero reef that surrounds the island has a dynamic marine ecosystem in the Bay of Cartagena. So much in fact, that it’s been dubbed a “Hope Spot” by Mission Blue which is an international non-profit.

It’s no secret that coral reefs are bleaching and dying due to the rising ocean temperatures. Varadero Reef is not exempt from global warming. It experiences dramatic changes in water temperature and composition, yet its corals remain incredibly healthy and diverse.  It is unknown how Varadero Reef exists; scientists never thought corals could survive much less thrive in such conditions.

This miraculous reef is definitely worth checking out and the best part is that it can easily be reached in a 1-minute boat ride, making it especially ideal for people who don’t like to travel long distances by boat to dive sites.

Baru Island is a long island that stretches from Cartagena to the Rosario Islands. It wasn’t actually an island until a canal was built but it now is home to marine life, coral, and of course, what’s Cartagena without its shipwrecks?

These sculptures found at the bottom of the sea, were created by local artist, Germán Botero and are themed around environmentalism. They are known as The Garden of Jellyfish. Botero’s sculptures also double as an artificial reef and are slowly being colonized by coral and other aquatic life.

Within the Baru Island is Montañita (little mountain) not to be confused with another popular diving site by the same name located in Ecuador. This underwater rock structure is covered in soft coral and a ton of barrel sponges. Dives to the lower part of the mountain will bring you face-to-face with a fair amount of wildlife, including groupers and jackfish.

Another notable site within that same area is Imelda. It’s located about 13 miles south of Cartagena. Like Montañita, Imelda is an oceanic shelf covered by a huge range of coral and sponges. Reaching depths between 55 and 120 feet, you’ll have the chance to explore the waters and see quite a variety of fish like sergeant fish and mackerel.

A little over two-hours away (via boat) from Cartagena is Taganga. In fact, this site is actually closer to Santa Marta which is known to be one of the cheapest places to get scuba certified.

Dive sites here are shallow, making it ideal for training dives. El Torrin is a 59 feet deep dive site with good visibility and a nice population of brain corals. For more experienced divers, Morrito Largo is a deep dive around a small steep rock covered in black coral.

Some people would argue that the best diving sites in Cartagena are not actually at the Islas del Rosario but out to sea from Bocagrande.

Burbujas, located near Cartagena is home to reef barriers that protect the area from swells which in turn makes for great diving. It’s one of the best sites in the area, boasting mesmerizing coral, clear water, and a drop off down to 135 feet where you can even spot sharks.

Its crystal-clear Caribbean waters are filled with history, a visually striking underwater museum, and even a coral “Hope Spot”. This makes for a one-of-a-kind diving experience and an absolute must have on your diving sites bucket list.