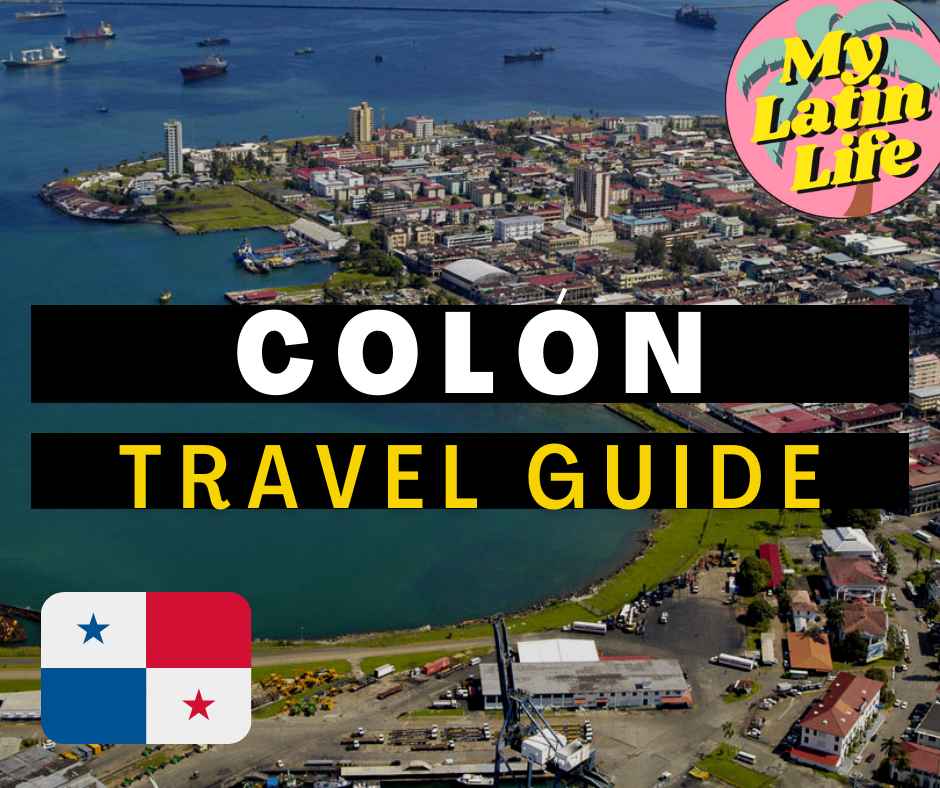 Notorious for its “outcast” status and high crime rate, Colón is a Panamanian city that you either love, or you hate. There’s no middle ground. However, the difference between Colon town and Colon beaches is stratospheric.

In 2014 the Panamanian government started a rehabilitation and rebuilding effort aimed at revitalizing Colon and ending its negative reputation… Colon is a work in progress.

The city itself owes its existence thanks to the Panama Railroad and has been the Atlantic endpoint of the Panama Canal since its opening. Colon is only a 45 minute drive from Panama City, and serves as a gateway to the beaches and islands of Panama’s Caribbean,

Colon province as a whole is heavily influenced by Jamaica, Barbados, Trinidad and Tobago, and the West Indies. During the construction of the Panama Canal, these immigrants brought along their culture which now manifests itself in Colon’s food, religion, and music.

The afro colonial culture exists in Colon since the Spanish Conquest. Their legacy lives on through the Congo dance in which seduction and sensuality between men and women takes center stage. The woman must avoid the man’s kiss. Their dresses are made from fabric cut outs left by their former masters. The dance overall is a mockery of their white masters since they use to say that there was a pact between Congos and demons.

Colon is also the birthplace of many important figures such as Olympic medalist Irving Saladino.

Most of the expat community is concentrated in the beach areas/islands and most arrived in their own boats which tends to remain their means of accommodation.

Seapods and houseboats are also extremely popular within the expat community in Colon.

With more expat (and commercial) interest in Portobelo in recent years, it has become more modern and convenient. Internet and cell services are better, though water service and trash collection continue to pose some challenges.

If you’re looking for a safer beach area, targeted towards digital nomads, the Playa Venao or Coronado areas are a better option.

WHERE TO STAY IN COLON, PANAMA

It’s not a very good idea to actually stay in the city, most expats gravitate towards the beach areas of Colon. Here you can find several affordable hotels and hostels like the Sister Moon Hotel and Hotel Cocotal.

If you do decide to stay in the city, there are numerous modern hotels and several colonial mansions that have been turned into hotels. Both options are well equipped with security and amenities. The Larger hotel options include Radisson Colón 2000 Hotel & Casino, the Sand Diamond Hotel, and the Hotel Internacional Colón.

DAY TRIPS & THINGS TO DO IN COLON, PANAMA

Go visit some islands. Colon is home to many beautiful islands, like Isla Grande and Isla Mamey, perfect for snorkeling, paddling and kayaking. I would arguer the beaches here are more beautiful than the beaches near Bocas del Toro. Isla Grande and Mamey are where you’ll find the most establishments and lively music.

Besides those 2 main islands of Isla Grande and Mamey, you can also check out my favorites: Playa Blanca, Puerto Frances, and Venas Azules. The rest of the smaller islands are more for lounging and enjoying the beach and clear water. You can take a tour around the islands and hop on and off in your favorite one.

You can also hike through the mysterious forests of Portobelo National Park.

A must do activity near Colon is visiting the UNESCO World Heritage Site of Fort San Lorenzo. It’s one of the few UNESCO sites in Panama, and full of pirate vibes. A visit here will bring you back to a time where corsairs and pirates roamed the coasts of Panama.

Visit the Iglesia de San Felipe in Portobelo, and learn the history surrounding the Black Christ of Portobelo. The statue can be found in that church.

Another cool option would be to check out the Agua Clara Visitor Center, Panama Canal. From here you can see the ships enter and leave the canal on the Caribbean side. Also, in contrast to the Miraflores Visitor Center in Panama City, you can see the new, bigger locks from here and observe the bigger ships pass through them.

If you stop by the Zona Libre de Colon be mindful that though prices are cheaper, they don’t allow foreigners to leave with more than just a couple of items.

Café culture is not really a thing in Colon.  What you can really get a taste for here is authentic Caribbean cuisine which means lots of seafood and coconuts.

Most of the hotels and hostels in Isla Grande have wi-fi but there’s not necessarily a specific co-working space available. Though the island attracts tourists, the expat and digital nomad population is very minimal.

Within Colon City, there’s an internet café inside the shopping plaza in Colon 2000 (safe area). Café Iguana is also equipped with wi-fi and is inside the plaza. Your best bet for wifi in Centro Colon would be a hotel.

In Portobelo you can stop at El Castillo for sushi with a Caribbean twist: garlic shrimp rolled in coconut rice. And there’s free WiFi.

COST OF LIVING IN COLON, PANAMA

Colon isn’t any less expensive than Panama City, rent will be less but only due to the known danger of living in the Colon City. Further out in Portobelo, your cost of living could be around $1,200 a month. There are rentals going for as little as $500 a month and single expats living on $1,250 a month here. However, don’t expect modern, U.S.-style houses with open kitchens and air conditioning at these prices, though.

Colon is considered a dangerous city. If you want to visit the city center you should stick to the REY supermarket at Avenida Central, corner Calle 7 and the Washington Hotel. Avoid the city center at night.

In the beach areas, it is more tourist-catered and safer. The Colon 2000 port area is also safe as it’s loaded with security.

HOW TO GET TO COLON, PANAMA

By bus: Panama offers a national bus network and the duration of the trip is about two hours.

By car: The drive takes about one hour from Panama City. Car rentals are available in both cities.

By train: The Panama Railway was the world’s first transcontinental railroad and it’s full of history. In its passenger train, it is possible to make the journey between the two oceans (From Panama City to Colon City) in one hour (one-way), through the forest of Soberania National Park and bordering the Gatun Lake and the Panama Canal.

Colon (city) is not very recommendable or suitable for expats or digital nomads. If the Caribbean feel is enticing to you, I recommend you head towards the beach areas in Colon, they are truly breathtaking.

It’s a shame Colon is unsafe, there is so much untapped potential as it is extremely rich in history, but Colon seems to be the forgotten city of Panama.

Sabanitas and Portobelo are good options for an easy-going vibe. Isla Grande is livelier and tends has a younger crowd.