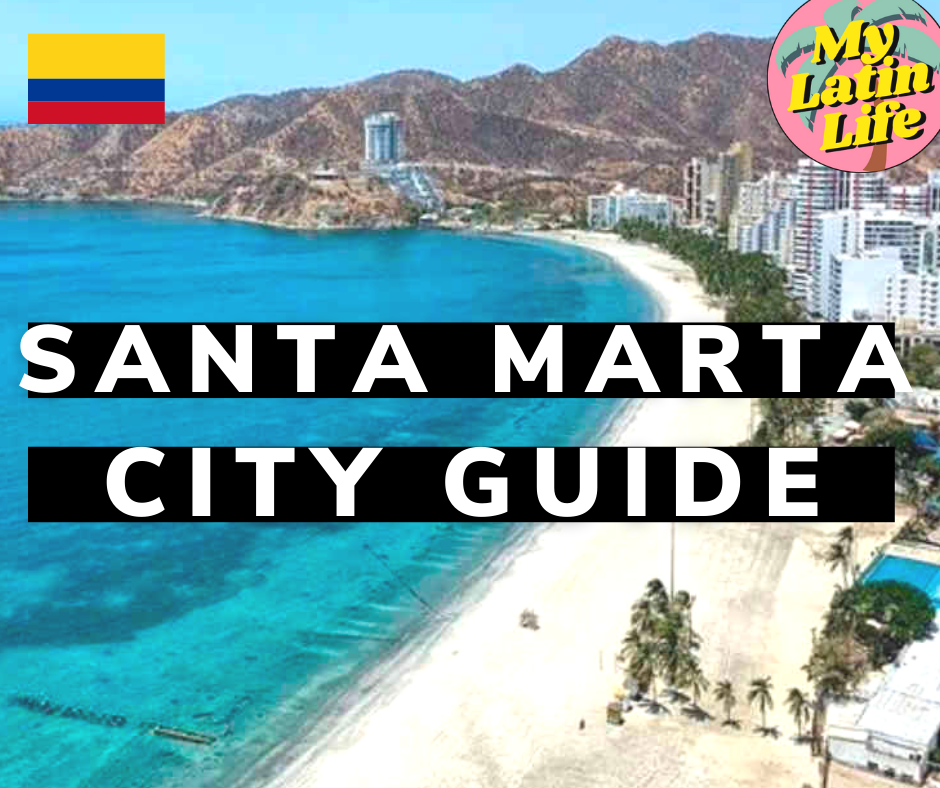 Santa Marta is a city exuding Caribbean energy. The city is located on the Colombian coast, and the people embrace a costeño lifestyle. Santa Marta is part of the northern Colombian department of Magdalena. A busy port, it was also the first Spanish settlement in Colombia. The historic center is full of colonial buildings and the Catedral Basílica de Santa Marta. Santa Marta is known as the gateway for trips into the Tayrona National Natural Park, and for multi-day guided treks to the Lost City (Teyuna) archaeological site in the Sierra Nevada de Santa Marta mountains.

Santa Marta is a fun place. The people are care free and Costeño in every sense. Lots of Caribbean vibes and music. The tourists also bring fresh energy to the city.

You are going to see a lot of foreigners here. Santa Marta is a top tourist destination for both Colombian and international tourists. Spanish is not 100% a requirement if you stick to the tourist path. Long-term expats also chose to base themselves in the city, often buying old colonial buildings and refurbishing them. Lots of digital nomads come here and many people come here to work remotely by the beach. Digital nomads have coming here for many years – probably since around when Medellin got ‘discovered’.

There are 500,000+ people in Santa Marta, so it’s a functioning city as well. I like that it’s not 100% dependent on tourism and people have different things going on.

WHERE TO STAY IN SANTA MARTA

Centro is full of hostels (and not much else). You’ll almost definitely pass by here during your time in the city.

We recommend Masaya Hostel – a chain that has a presence in Medellin and other cities.

DAY TRIPS & THINGS TO DO IN SANTA MARTA

Tayrona National Natural Park is a must. Explore the beaches and beachclubs all along the coast from Santa Marta to Buritaca.

Did you know there’s a Lost City in Colombia à la Machu Picchu? It’s called the Teyuna archaeological site and it’s a multi-day guided trek in the jungle to get there. It is believed to have been founded about 800 CE, some 650 years earlier than Machu Picchu. It’s a huge commitment – several days navigating the jungle – but a lot of people do it and it’s a bucket list adventure for sure.

Colombians love coffee. The region around Santa Marta even produces some coffee. That being said, there’s not a huge plethora of good cafes. You’ll probably end up working from your hotel or Airbnb a lot.

Coffee shops in the historic center I recommend:

Alegría Café: One of the best coffee shops in centro.

Ikaro Cafe: They roast their own coffee.

The main bar area of Santa Marta is in the historic center of the city. All the hostels are congregated in the area and the hostels have great rooftops. There’s a ton of bars nearby.

COST OF LIVING IN SANTA MARTA FOR NOMADS AND EXPATS

IS SANTA MARTA SAFE FOR NOMADS AND EXPATS?

Yes and no. It’s a city with a well developed tourism industry. Typically tourist cities have some level of organized tourist crime and various scams. Santa Marta centro can get a bit rough at night – especially near the bus terminal. Be smart and you should be fine. It’s probably (definitely) safer than Cartagena.

HOW TO GET TO SANTA MARTA

Santa Marta has an incredible airport, located right on the beach. I was in a VIP lounge in Santa Marta and really enjoyed the views of the beach and ocean while eating free snacks and waiting for my flight. There are direct flights to all major cities in Colombia (Bogota, Medellin, etc).

You could also bus to Barranquilla in 2 hours and Cartagena in 4 hours (driving time). The cost of a bus ticket is super cheap, almost certainly less than $10.

Santa Marta is a fun city with unlimited day trips. I love cities that combine mountains, jungle and ocean. Santa Marta is one of those rare cities with cool hiking trails that look out on ocean vistas (and even hit the beach on the way home).

Some people say a week is enough in Santa Marta. I think a digital nomad might need a full month in Santa Marta to complete all the amazing trips and must-do activities.