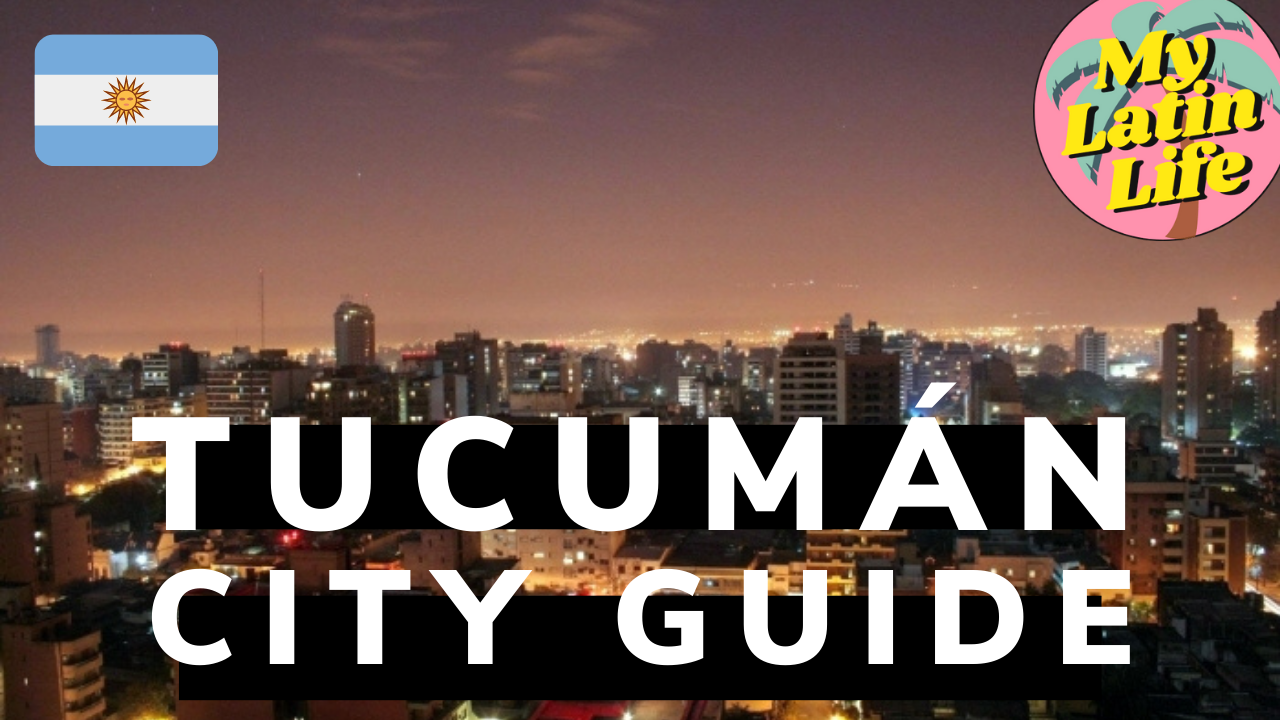 San Miguel de Tucumán, better known as just Tucumán, is actually the capital of Tucumán (province) and was founded in 1565 but later moved in 1685 to its current location in the northeast region of Argentina.

This city was originally inhabited by 3 different aboriginal groups but when Spanish conquistador, Diego de Villarroel showed up with orders to establish the city, Tucumán became a demographic, economic, and commercial base for Río de la Plata and the obligatory route to Alto Perú.

Present day Tucumán is the 5th most populated city in Argentina. Tucumán is known as the “Garden of the Republic” due to its role in the country’s fight for independence. In Tucumán you can find the building where independence from Spain was first declared. The streets are full of history.

The city is also famous for its sugarcane production too so you’ll find lots of local sweets here.

This city is one of the most cultural spots in the country and is the birthplace and/or home to well-known personalities ranging from folk singers and authors to architects and painters.

Tucumán also boasts several museums, two large theaters and several smaller ones that host year-round plays, concerts, operas, and ballets. The Septiembre Musical is the most important cultural event of the year and is held at the Independence Square.

This international music festival is also televised and features a wide array of musical genres. 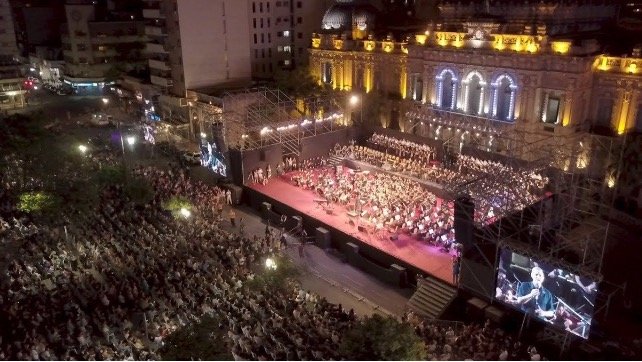 San Miguel de Tucumán is perfect for nomads and expats in search of a relaxed attitude, great food, friendly people, rich culture, and a vibrant nightlife. The city attracts large numbers of expats and groups like InterNations hold events and activities specifically for expats in the area.

WHERE TO STAY IN SAN MIGUEL DE TUCUMÁN

The center of the town is in fact Barrio Centro.

If you stay anywhere around there, you’ll be able to find everything you need within walking distance. Taxis are also an easy means of transportation.

Barrio Norte is known to be one of the safest areas. It’s best to avoid Villa 9 de Julio as it’s known as the most dangerous area in the city.

DAYTRIPS & THINGS TO DO IN TUCUMÁN

Tucumán has many parks and plazas, of which Parque 9 de Julio is the largest. The park boasts attractions such as a rose garden, flower clock, Lake San Miguel, and much more.

Visit the Casa Histórica de la Independencia museum to get historic context for the city.

Head down to the Rio Hondo hotsprings near Santiago del Estero.

The park is also the host to Independence Day parades and is being studied by UNESCO for a possible recognition as a World Heritage Site.

Check out other Argentine cities like Salta and Jujuy.

Miguel Lillo Foundation is a natural park and museum which includes many of the region’s endemic plant species. Trekking, horse riding, paragliding, kayaking and canyoning are all common activities in the area, and there is world-class paragliding and hang gliding in the hills west of town.

There are plenty of coworking spaces available in the area as well as cafés that provide Wi-Fi while you enjoy a cup of coffee or yerba mate.

La Boite and Recorcholis are popular boliches (nightclubs) in Tucumán.

COST OF LIVING IN TUCUMÁN

According to livingcost.org, the average cost of living in San Miguel de Tucuman is US$432, which is in the top 7% of the least expensive cities in the world. 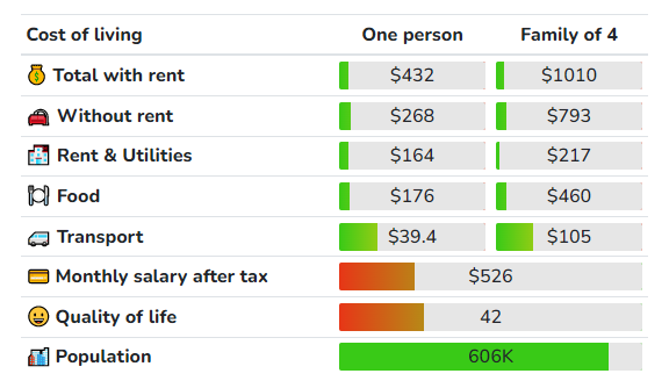 IS TUCUMÁN SAFE FOR TRAVELERS?

You can feel moderately safe when walking during the day. Night walks, however, are not recommended.

The water is 70% drinkable, urban Argentinian water is usually safe.

Air quality is only moderately polluted.

The best time to visit Tucumán is in the spring or fall. The best months are between April and November, when the climate is more moderate. I would do my best to avoid visiting in the peak summer months (December to March) because it will be excruciatingly hot. The main attraction of Tucuman is experiencing the amazing nature of the region, and the hikes will be much more fun in the agreeable when its not 40 degree summer weather outside.

HOW TO GET TO TUCUMÁN

By train: There is a weekly train from Buenos Aires and back.

By bus: Several bus companies provide services from Tucuman City to almost all major and mid-size cities in Argentina. We recommend Salta and Mendoza.

Tucumán is a modern and developed city.

It’s also rich in cultural history and home to some of Argentina’s best empanadas, and regional favorites like locro, goat, and tamales. The city is well suited to digital nomads and travelers looking for decent Wi-Fi and infrastructure. Though it may not be the cleanest or safest city, it offers an authentic experience, and a cheap place to stay.