Peru is often considered to have the best cuisine in South America. Its marvelous street food offerings certainly back that claim up! For today’s post, we’ve selected what we think are the 14 best Peruvian street food eats.

A grilled beef heart skewer. Now, before you take off running, these things are seriously good. The meat is tender, succulent and marinated with a flavorful blend of  cumin, ají pepper and garlic. You can find this dish being served at street stalls all over Peru.

The Peruvian doughnut! The base is made from flour, yeast, sugar and crushed squash and sweet potato. It’s fried and served with miel de chancaca, a sweet, thick sauce made of panela. Picarones are typically served alongside anticuchos. 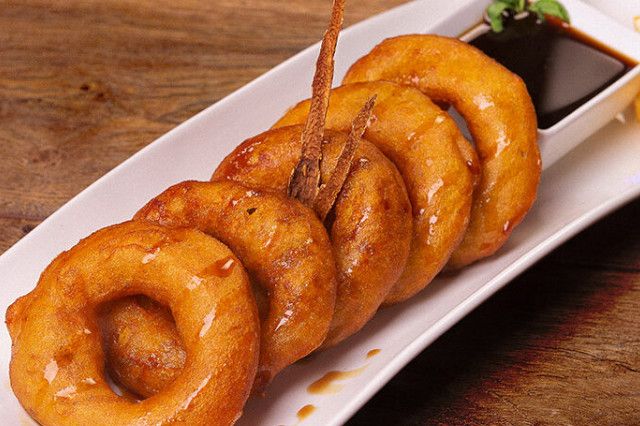 A delicious pudding made from purple corn, fruit, cloves, cinnamon, sugar, lime and potato starch. A unique flavor that is truly to die for! It’s one of the more popular desserts in Peru, 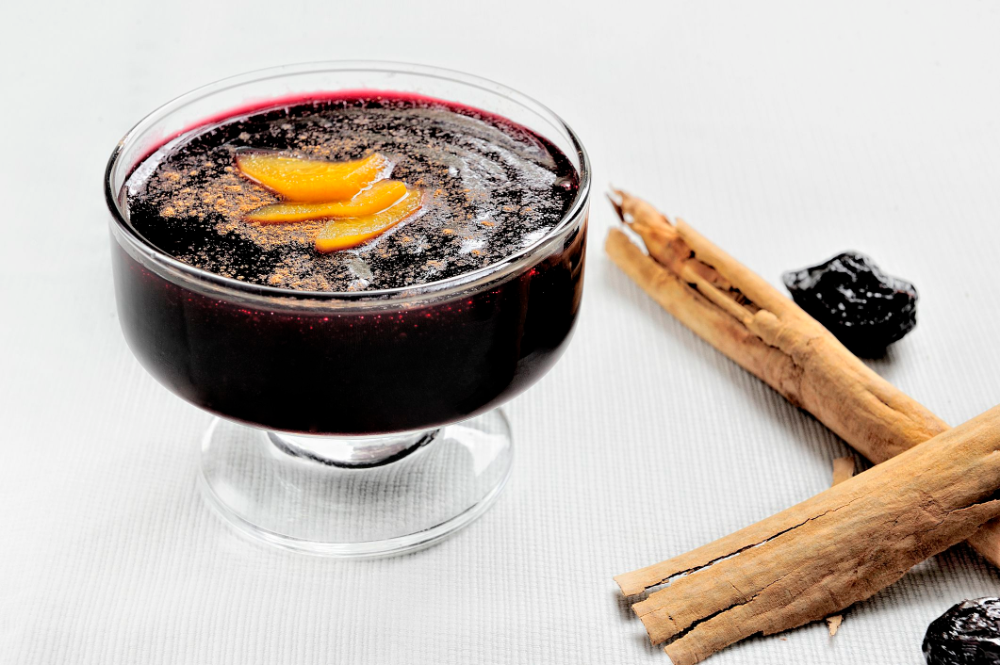 Empanadas feature in the cuisine of many different Latin American countries. In Peru, an empanada will usually contain some combination of the following ingredients: meat, egg, sugar, paprika, black olives, red onion, garlic, peppers and salt. A popular ‘fast food’ dish all over Peru. Super easy to make at home as well. Pan-fried hot-dogs, deep fried french fries (or yucca/sweet potato fries) and a side of with several sauces, like ketchup, mayo, mustard and/or aji (chili sauce). 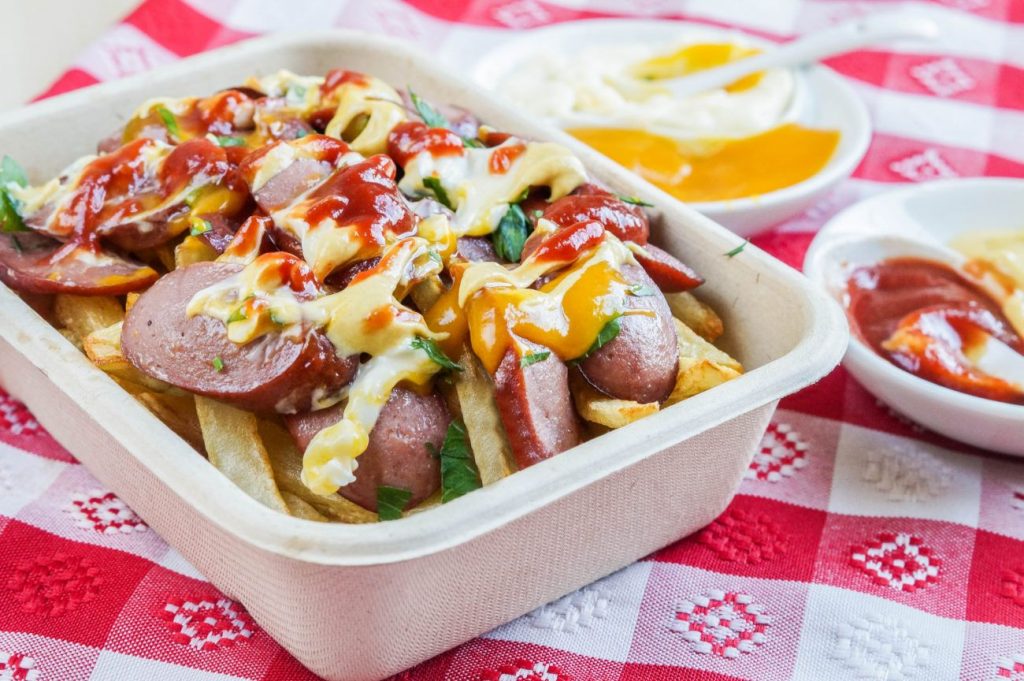 Quite possibly the most popular beverage in Peru! Chica Morada is traditionally made from purple corn boiled with pineapple peels, cinnamon and clove. After preparation sugar and sometimes lime is added. You’ll be hard pressed to find a restaurant in Peru that doesn’t have chicha on the menu! The drink is also sold in street kiosks. 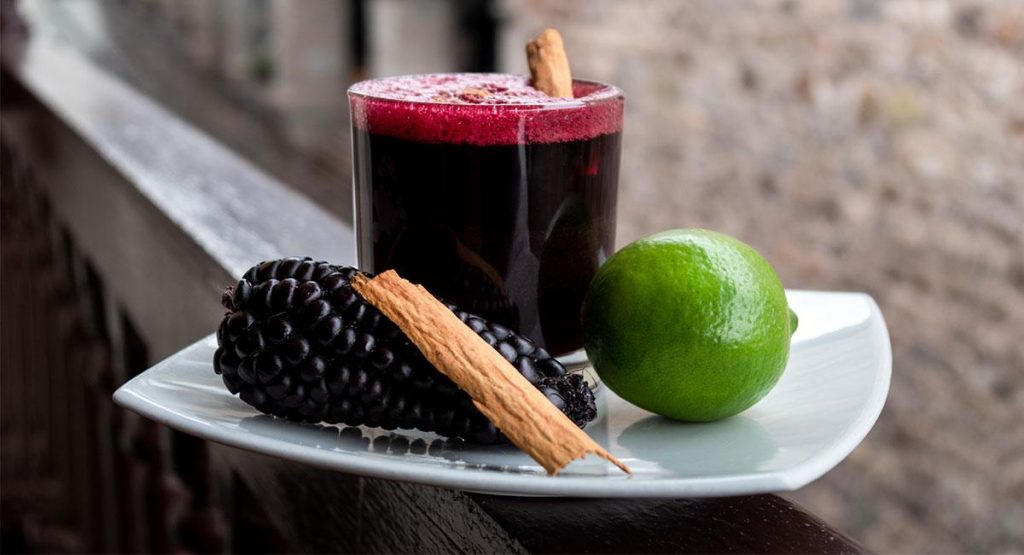 While it isn’t technically what you’d call a street food, Pollo a la Brasa is too tasty and too popular to leave off the list! Chicken slow roasted to perfection, coated with salt, cumin, pepper, vinegar, oregano, chile, rosemary, garlic, a bit of beer and a bit of soy sauce. We’re getting hungry just thinking about it all! 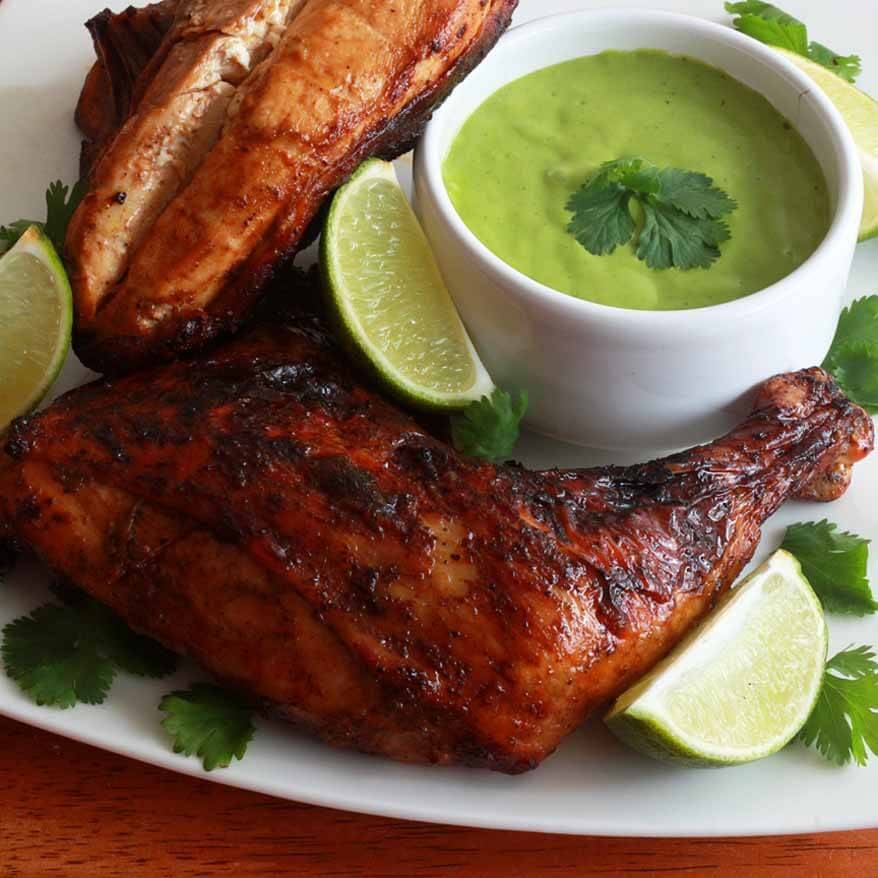 Emoliente is a magical drink that is not mentioned nearly enough in conversations about Peruvian street food! It’s praised for both its taste and it’s medicinal qualities. It’s made using a mixture of herbs that are up to the discretion of the person making it. It usually always contains at least barley, flax seeds, dried horse tail herb, dried grass and plantain leaves, as well as sugar and/or honey. 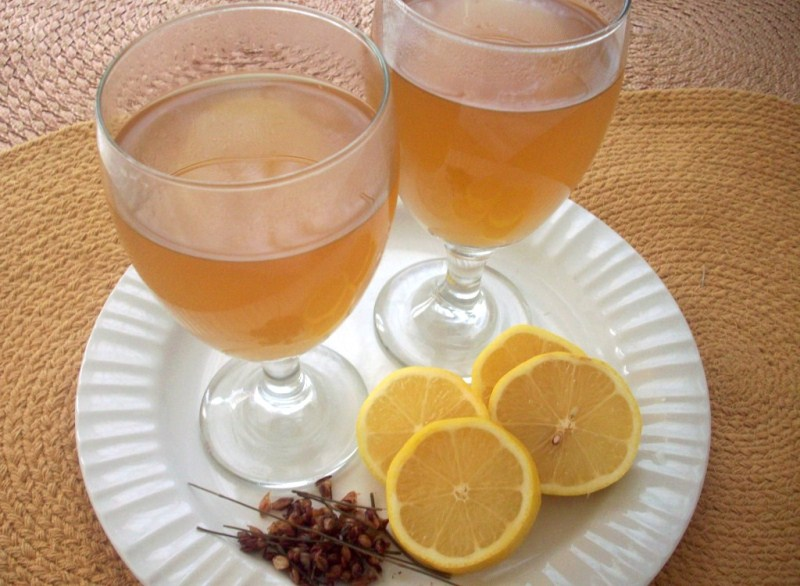 The famed Peruvian ceviche! It’s preparation is unique from other places, and includes lime, sweet potato and roasted corn. The balance of flavors in a Peruvian ceviche are sublime. Words don’t do it justice. If you’re a seafood enthusiast you HAVE to try ceviche: Peru’s most famous dish.

Arroz Chaufa is a Chinese-Peruvian dish that has its roots with the influx of Chinese immigration to Peru that began in the 19th century. It’s a simple and delicious dish, made of fried rice, vegetables, scallions, egg and chicken combined in a wok with oil and soy sauce. It’s served all around Peru in Chinese restaurants known as chifas. 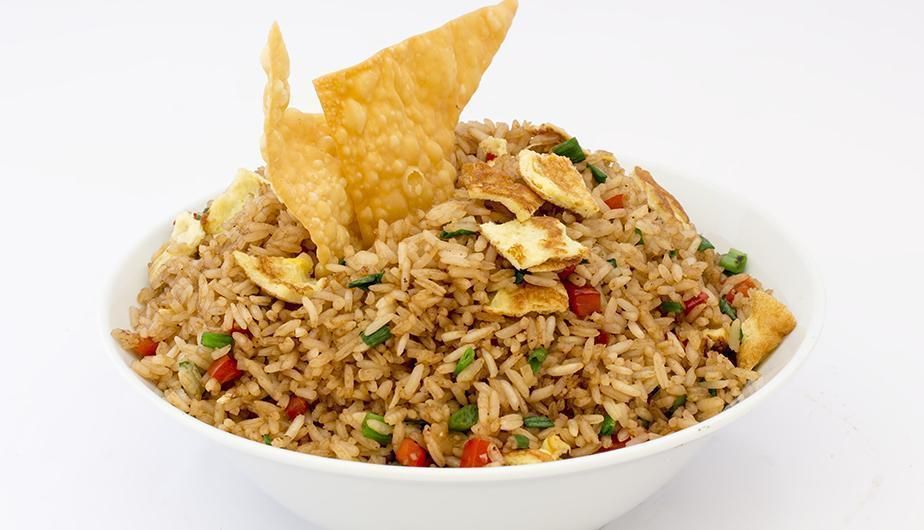 A traditional sandwich from Lima that you just have to try! It has a bun that’s crusty on the outside and soft on the inside, with red onion, ham, lettuce, chili sauce, mayo and mustard. It sounds simple but it’s out of this world delicious.

Another Peruvian street food hit! The ingredients are similar to that of the Peruvian empanada: ground beef, potato, egg, red onion, garlic, chile, black pepper, salt, cumin and oregano. It’s commonly enjoyed as an appetizer or on it’s own as a quick snack on the go. 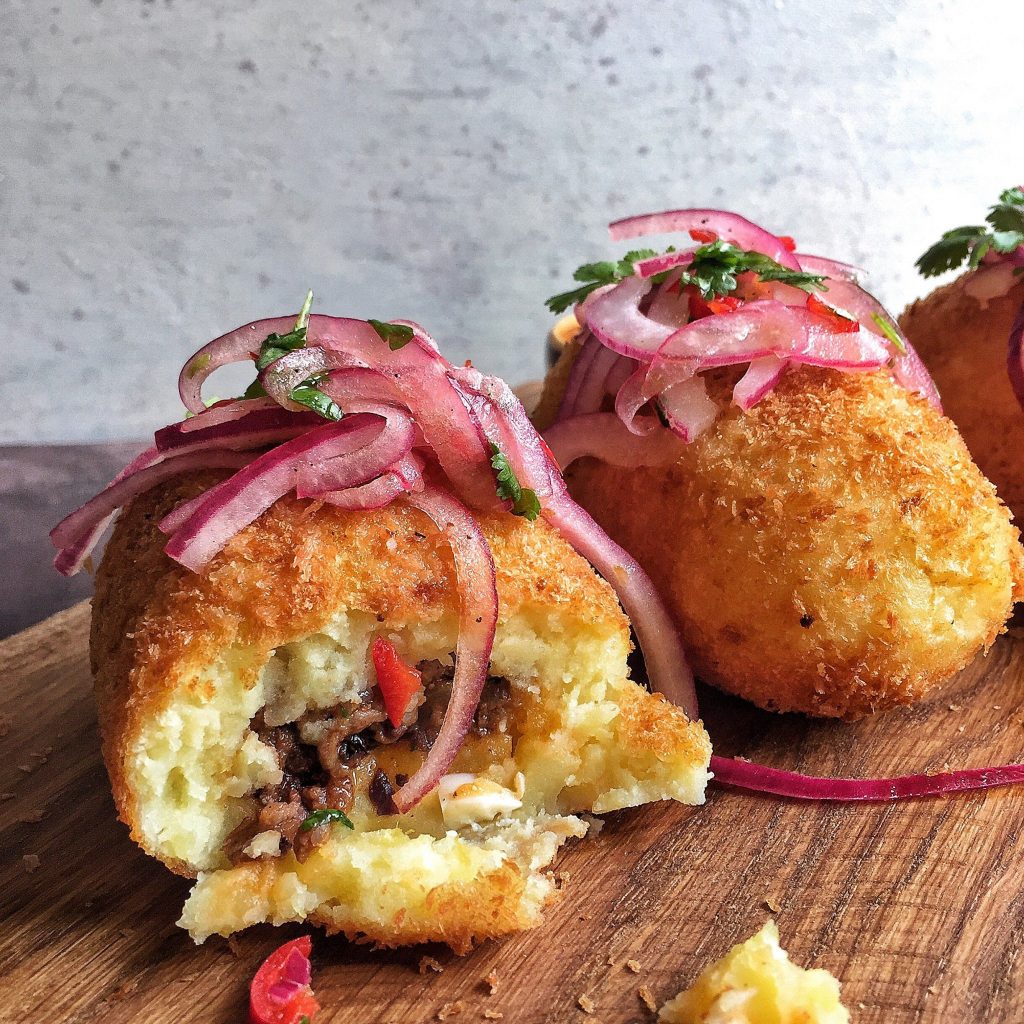 A comparatively lesser-known Peruvian street food, the cachanga is a dessert that consists of seven simple ingredients (sugar, salt, water, oil, anis, flour and egg). Shape it, deep fry it and there you have it! It’s a dish that dates back to colonial times. 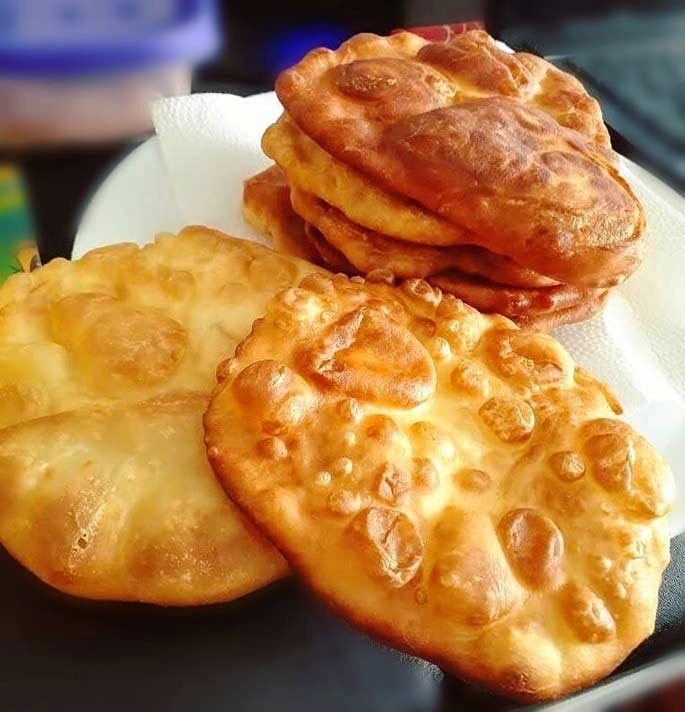 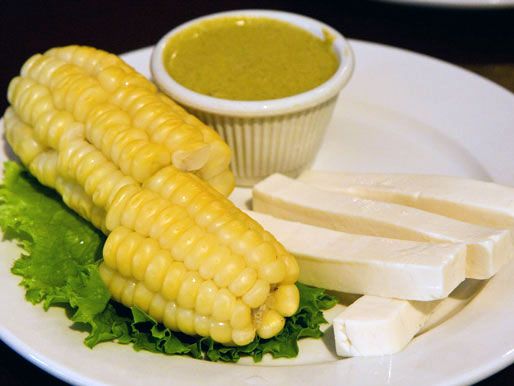 That’s about it, friends! Thanks for listening and I hope we’ve piqued your interest in Peruvian street food!