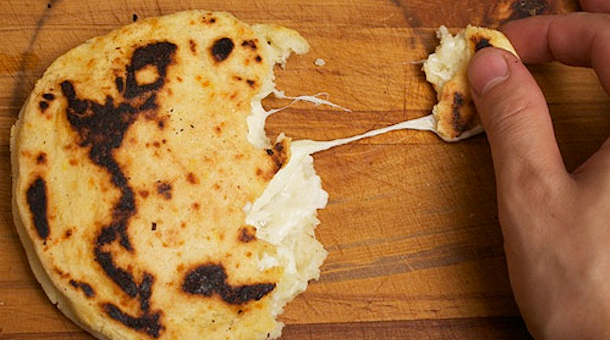 Let’s see how Colombian food stacks up against other countries, shall we?

First on our list is the cornerstone of Colombian street food: the arepa. This simple snack is made of grilled or deep fried cornmeal and stuffed with your filling of choice. In Colombia, common arepa fillings include egg, cheese and/or beef. 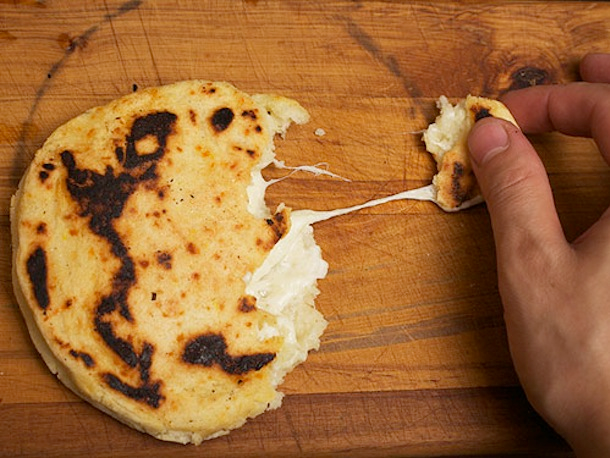 In Colombia, the buñuelo is most famous as a Christmas treat but, in reality, this snack is consumed year-round. It’s commonly eaten with breakfast with a coffee or a hot chocolate. The buñuelo is made from yuca flour, cornstarch and filled with a hard cheese. It’s a must-try dish when in Colombia! 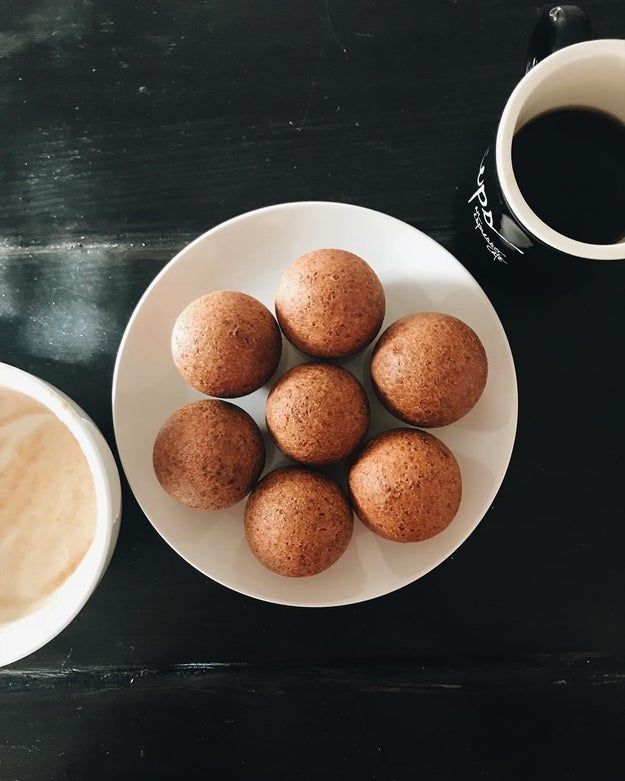 The empanada is popular in many Latin American countries. In Colombia, they’re traditionally filled with pork and shredded beef, but there’s no rules! You can fill an empanada with anything. Perhaps the best feature of a Colombian empanada is the accompanying sauce: salsa de aji colombiano, which is made from cilantro, tomato, vinegar, oil, onion and chili.

Jugos of all sorts!

Colombia offers a wide range of refreshing juices. Perhaps the most interesting and “must try” of them all is jugo de lulo. It’s made from the lulo fruit (naranjilla), lime juice, sugar and water. 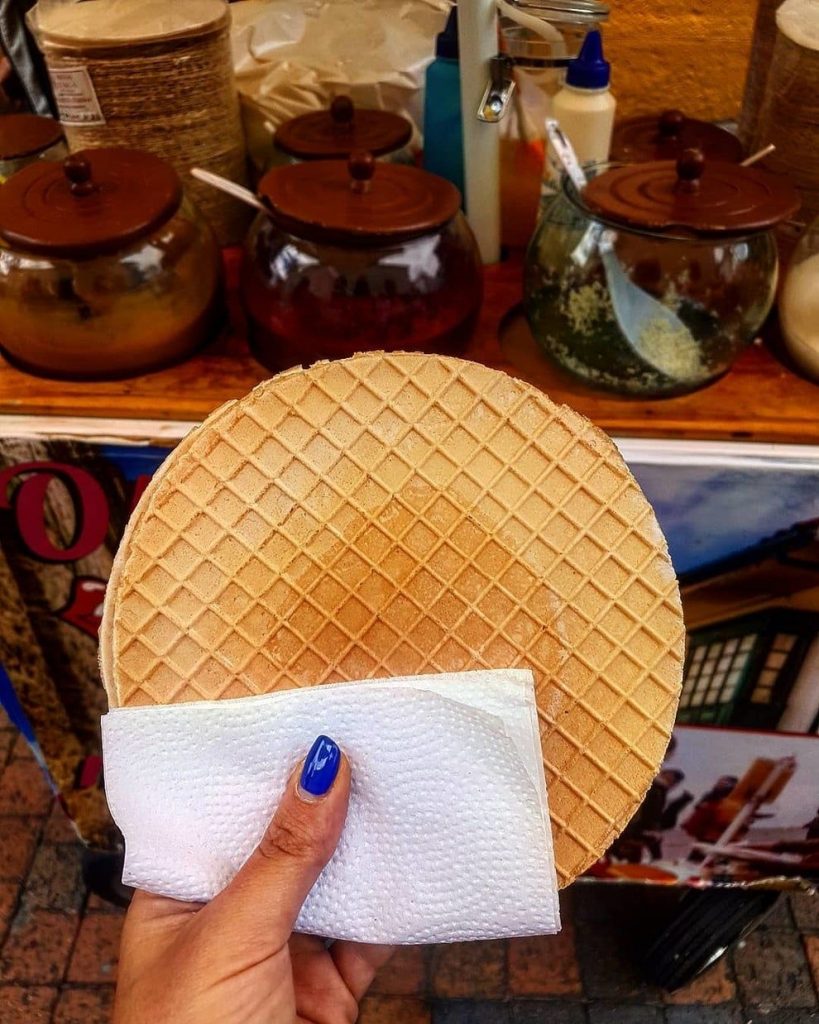 Patacones are popular dish in South America, Central America, as well as the Caribbean! The Colombian version is commonly served with fried fish or meat if you’re on the coast. If you’re in Medellin, you’re more likely to see patacones along side your bandeja paisa. 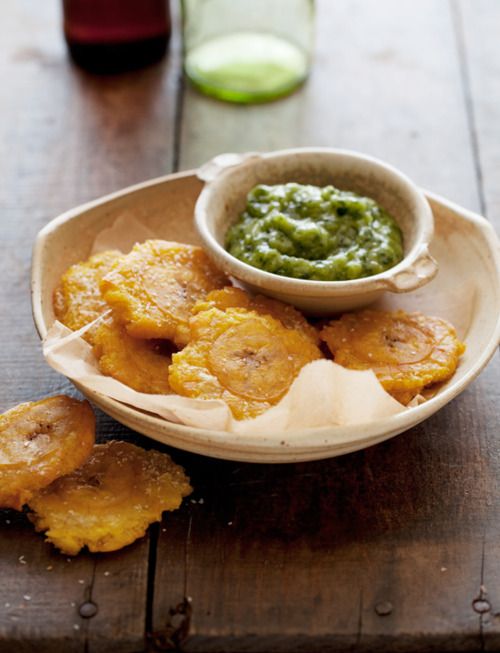 We say “street food” but you’ll probably have to sit down for this one! Picada is finger food, usually served as an appetizer among a group of people. What’s served will vary, but a typically picada will have arepas, yuca and/or potatoes, corn, sausage, tomato, pork ribs, beef and sauces on the side. Pandebono is a Colombian bread made from yuca starch, eggs, and cheese. It’s a popular snack all over the country, but it’s most popular in the department of Valle del Cauca, where the bread was originally made. It’s similar to pão de queijo: a popular street food in Brazil. 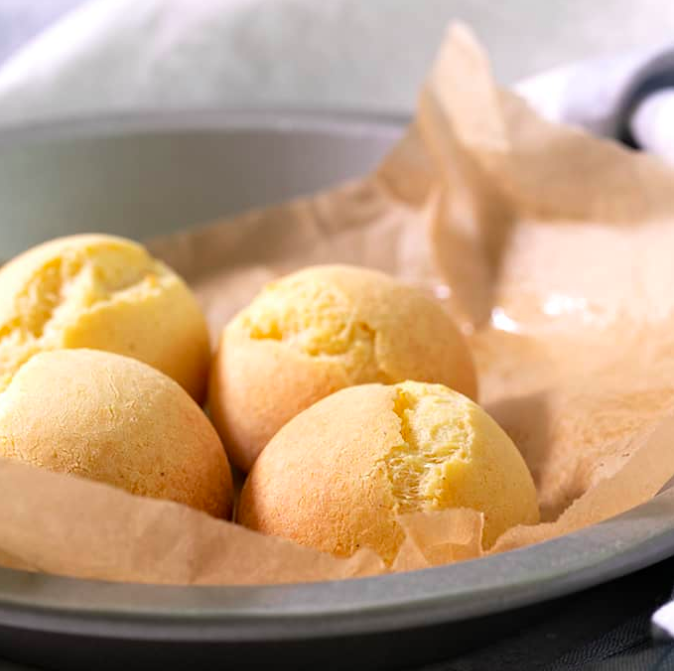 If you’ve checked out our other food posts, you’ll have noticed that churros come up quite a bit. Indeed, they make an appearance in the cuisine of nearly every Latin American country! Colombian churros, however, take on a different shape. As you can see, they resemble ‘mini donuts’ as opposed to the stick-shaped churros you’ll encounter on Mexico’s street food scene.

The famous food of the paisa region of Colombia! If you find yourself in the city of Medellin definitely take some time to try a bandeja paisa! It consists of beans cooked in pork, fried pork fat, an egg, white rice, avocado, sausage, blood sausage, ground beef, an arepa, plantain and avocado. Make sure you’re as hungry as possible before tucking into this Colombian dish! Like the picado, you’ll probably want to sit down in a restaurant for this one. 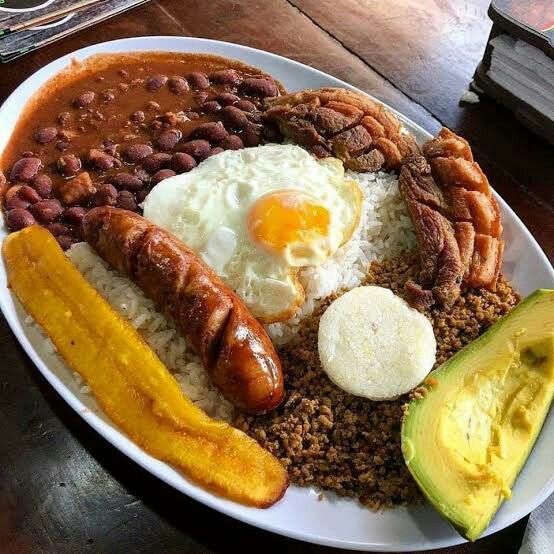 And there you have it folks! 9 Colombian street food dishes that are absolutely worth trying. If you want to check out more Latin American foods, check out our recent post on Peruvian Street Food.