The 20 Best Mexican Movies Of All Time 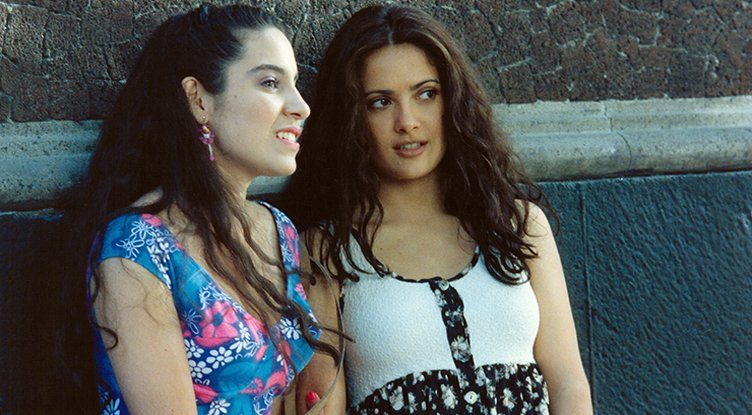 Today we’ve compiled a list of the 20 best Mexican movies of all time.

If you’re completely new to the wonderful world of Mexican films, we’re about to introduce you to hours worth of quality entertainment!

Already familiar with Mexican cinema? Well, we still might have some surprises for you.

Let’s get into it!

Amores Perros brings us to the mean streets of Mexico City, where three distinct stories interlink the struggles of different socioeconomic classes. Betrayal is a common theme that courses through this movie. Despite running for a whopping 154 minutes, there is scarcely a dull moment in this excellent example of Mexican cinema.

A true classic of Mexican cinema. Los Olvidados is about a group of poor street children in a Mexico City slum. The leader of a youth gang escapes juvenile prison and recruits other street kids to get revenge on the individual who turned him in. The film demonstrates how youth can be corrupted through pressure and environment.

A man keeps his family isolated in his home for nearly two decades to shield them from the evils of the world. They work in the family business…which is making rat poison. A captivating, critically acclaimed Mexican film. And, it’s based on a true story!

A Mexican is deported from the United States. Upon returning to him birthplace, he finds few job opportunities and decides to get into the drug trade. One of the best dark comedies from Mexico that you’ll ever see.

An old traveling musician smuggles arms and supplies to guerrilla fighters in an attempt to topple an authoritarian government. A story of the power of courage, bravery and integrity when confronted with tyranny.

Set during the student strikes of Mexico City in 1999, Güeros tells the story of a young trouble-maker who is sent by his mom to live with his student brother and his roommate in Mexico City. The restless group sets out on an adventure to search for a music star. Although the storyline is basic, the movie is a great coming-of-age story about youth searching for their place in life.

A road trip journey about self-discovery. Y tu Mama Tambien documents a road trip from Mexico City to Oaxaca between two friends and a female Spanish visitor. The film challenges ideas about traditionally masculinity and illustrates the hiccups of Mexico’s transition into democratic rule. Although we consider the film slightly overrated (it’s constantly showered with accolades), it’s still very much worth a watch.

Like Y tu Mama Tambien, the movie Roma doesn’t quite live up to the hype in our opinion. That said, the acting and cinematography is top-notch. It follows the life of a domestic worker of a middle-class family who is trying to hold her life and family together after finding out she’s pregnant to a man that left her.

A delightfully charming mythical movie set in Spain in 1944. In Pan’s Labyrinth, the stepdaughter of a brutal army officer escapes to a strange and intriguing fantasy world. This film is rather hard to describe — you really just have to watch it!

A young nun about to take her vows visits her uncle, her only living relative. The uncle tries to seduce her and — although unsuccessful — this sets in motion a chain of events that prevent Viridiana from taking her final vows.

Probably the most underrated title on our list. It’s shocking how many people have yet to see what is one of the best Mexican movies! Principio y Fin tells the story of a mother who, devastated by the death of her husband, places all of her hopes and expectations for familial success on her youngest child at the expense of her 3 older children.

A Mexican crime film about a would-be serial killer who — despite his elaborate and creative plans or ideas to murder — never actually succeeds at killing anyone directly. A clever dark comedy about male desire and obsession.

An oldie but a goodie. This 1936 war drama takes a controversial stance on national hero Pancho Villa, revealing the cruel reality of both the man and his revolution.

Cronos is a horror/drama about a man who discovers a device that grants him eternal life…but comes with the pesky side effect of also giving him a thirst for blood.

One of our favorite movies on the list. El Callejon de los Milagros is based on the novel Midaq Alley by Egyptian author Naguib Mahfouz. It tells the respective stories of a closely knitted downtown Mexico City community. It’s an exceedingly charming, funny and entertaining Mexican movie!

A man invites guests over for a fancy dinner party. While the honored guests enjoy their dinner, the servants begin to disappear. They depart from the dinner table to enjoy some music and conversation in the salon. They soon find they are unable to leave the room. Days go by and panic sets in as the group runs out of food and water. Don’t miss one of Mexico’s best surrealist films.

A charming and hilarious film staring the famous actor Cantinflas. In Ahí Está el Detalle, a wealthy woman mistakes a good-for-nothing bum into her lavish and expensive home. If you could only watch one Cantinflas film, we’d probably recommend this one.

No list of the best Mexican movies is complete without Macario — it’s one of the greatest Mexican films of all time. The film is a profound tale of the meaning of life and death told through the simple story of a humble and hungry man.

In all fairness, most wouldn’t recognize Miss Bala as a contender for one of the best Mexican movies of all time. That said, we felt it captured the plight of women who get unwittingly caught up in the drug war in an exceptionally realistic manner. It tells a story of many young women in Mexico, and it’s absolutely worth a viewing.

We’ll close things off with another film that isn’t often mentioned among the best Mexican movies, but it’s so touching and well-acted that it won us over. It deserves much more recognition. Almacenados tells the story of a warehouse worker and his replacement, their generational clash and their eventual bonding. It does an exceptional job of highlighting generational differences in Mexican society.

And that about does it! We hope you’ve enjoyed this list of the best Mexican movies (in our opinion) and we hope that you watch at least a couple of them!