The Best Least-Obvious Places To Live In Latin America 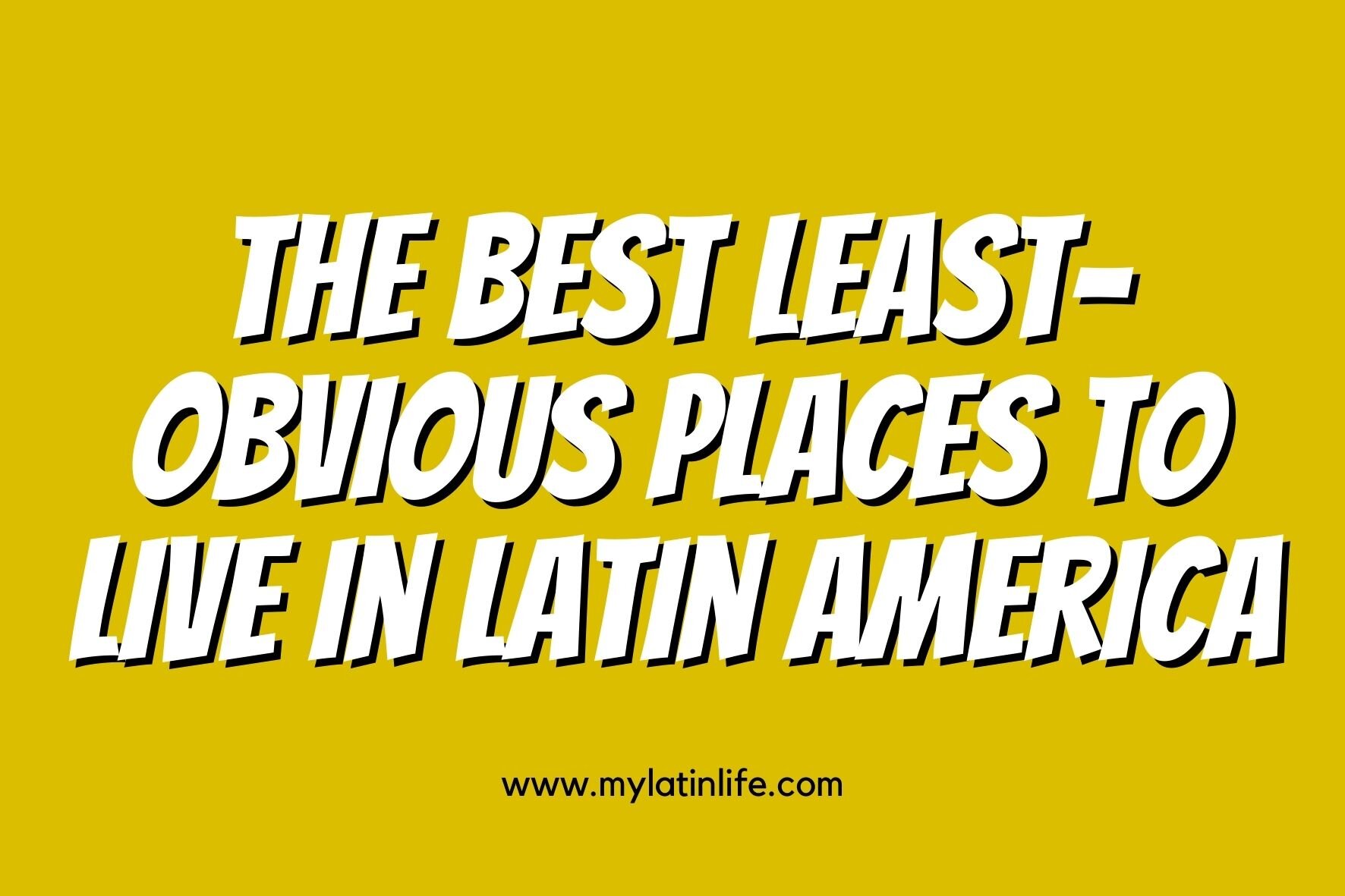 These days, the majority of the emails I receive have something to do with relocating to Latin America.

Students that are wondering where to do a year abroad, retired men who are looking to say adios to the United States, digital nomads who are looking for a good base to settle down for a few months… folks from all kinds of backgrounds who are wanting to live south of the border for various reasons.

Usually, they’re trying to sort out which city in Latin America would be best to live in.

In reality, it’s an impossible question for me to answer. Unless I know the individual intimately, there is no way I can determine what city would be a good match for his personality, priorities or pursuits.

All I can really do is suggest the cities that I think would be good for putting down roots, based on nothing else other than my own questionable preferences and dubious desires.

And that’s what I’m going to do for you all today in this post!

I’m going to leave out the more obvious choices and give you some underrated places to live in Latin America.

Here are some of uncle Vance’s recommendations for the best least-obvious places to live in Latin America In no particular order. 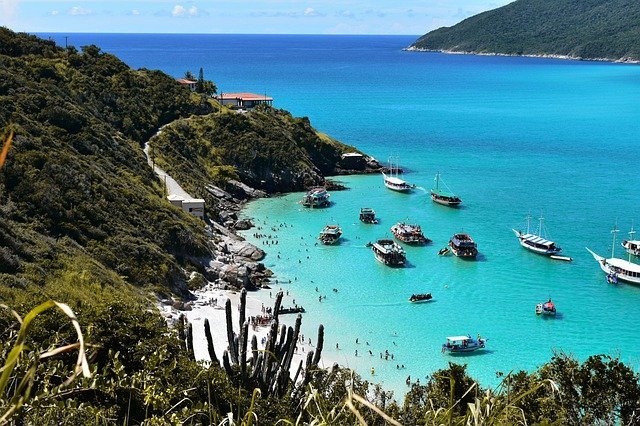 People in Mexico know that Guadalajara is one of the best places to live in the country. Near-perfect weather, gorgeous women, relatively safe and a great party scene (the state of Jalisco is where tequila is from, after all).

But, believe it or not, there aren’t too many foreigners here.

If you don’t want to deal with the crowds or pollution of Mexico City, but you’re still looking for a place with a big-city vibe, Guadalajara is your best choice. It’s got a distinctly Mexican vibe (unlike Monterrey, which looks more like an American city), and plenty of universities, parks and public spaces.

If I’m looking for somewhere to settle permanently or semi-permanently, Guadalajara is near the top of my list.

I know quite a few folks who have done stints in South Brazil — and I can’t blame them one bit! When I say South Brazil, I’m basically referring to anything south of Sao Paulo.

And if when you think Brazil you think “crime and abject poverty” you must understand that South Brazil is a world apart from Northeast Brazil or even Rio de Janeiro. The cities I’ve listed above are safe and affluent…and not as expensive as you may think!

If you enjoy beautiful people, gorgeous weather and being close to the beach, there are few better places in Latin America than the stunning South of Brazil

The coffee triangle (with its urban areas of Manizales, Pereira, Armenia and Ibague) is one of the most geographically stunning areas of Colombia. And for a country as magnificent as Colombia, that’s saying a lot!

If you’re looking to avoid the crowds of Bogota and the gringos and of Medellin, seriously consider checking out the coffee region. It’s cheaper, more laid back and the surrounding nature is more impressive.

If you’re worried you’ll miss out on nightlife, Pereira and Manizales have got you covered – there are plenty of bars and clubs in both (the latter has tons of university students). Alternatively, you could fly to Bogota or Medellin in under an hour, or Cali in about 2 1/2 hours. With the money you’ll save by living in the Coffee Region, you could easily afford a weekend trip or two each month to a bigger city. Live in the country, party in the city. Best of both worlds.

If I were to base up in Colombia this year, I’d head straight to the Coffee Zone or Bucaramanga. No questions asked.

Alright, I know. It’s a dark horse choice…but hear me out! Leon would be a great city to base up in for a number of reasons. First of all, it’s jaw-droppingly cheap. You could probably live well in this city for $500 a month. It has a large, young student population, and the nightlife packs a punch for a city of its size. And, it’s relatively safe. You aren’t likely to be shanked in a dark alley after returning home from the bars. Huge plus for me.

Although I could see Leon becoming a bit dull after the first few months, this is an ideal location if you’re on a budget, or you’re trying to bootstrap an online business. Sure, it a’int the prettiest city on the list, but there is plenty of fun to be had here.

Managua is dirtier, more dangerous and lacks a city center. Which is too bad, because there’s virtually no tourists and the nightlife isn’t half bad. San Juan del Sur is full of hippies. In my humble opinion, Leon (or Granada – they’re similar, Leon has less tourists) is the place to be in Nicaragua.

Years ago when I spent a few days in David, Panama, I wasn’t that impressed. The city was nice enough and the surrounding green and mountainous geography was pleasant, but there wasn’t quite the action a young man like myself was after.

Well, I’m older now, and I DEFINITELY see the charm of David! It’s a prosperous city of about 90,000 that has everything you need, a ton of outdoor activities a stone’s throw away and is significantly cheaper than Panama City.

If you’re looking for something a bit low-key and laid back but not so low key that you’re…like, pumping your own water and killing your own chickens, David, Panama is a solid option. With Panamanian residency easier to come by than a lot of other countries in Latin America, I can see David becoming a very popular option among expats in the coming years.

Arequipa, Peru. “The White City.” While you’d have to pay me to live in Cusco a.k.a “The Gringo Ghetto,” I’d quite happily base up in Arequipa. It’s a beautiful colonial city, the weather is perfect, there are plenty of outdoor attractions and the women might just be the best in the country (here or Lima). Furthermore, it’s much cheaper than Lima, has a number of parks (unlike Lima) and the food is incredible (like Lima).

People from Arequipa also know how to party! For a city with under 1 million people, Arequipa boast a respectable number of bars and nightclubs.

Although I’d say I prefer Lima if put under oath, Arequipa is the perfect city for anyone looking for somewhere in Peru that’s a bit more laid back than the capital. A very underrated destination.

Probably my favourite city in Argentina. Although I wasn’t a big fan of the country on the whole, Mendoza impressed me a great deal. Located on the eastern side of the Andes, this small Argentine city boasts picturesque surroundings, vineyards, large squares and public spaces and outdoor activities. It’s a very safe and pedestrian-friendly city.

While Argentines aren’t known for being particularly friendly or welcoming, Mendoza is a pleasant exception. Folks here are very amicable with that special kind of latin warmness you might expect to find in Mexico or Colombia. And, while it would be tough to live a good life in Buenos Aires for under $1500 a month, in Mendoza you could get by swimmingly on about $1200.

Nightlife is conveniently centralized around Av. Arístides Villanueva and The Plaza of Independence and it’s loads of fun – you can hit on locals and tourist alike on almost any given day of the week!

Mendoza is an ideal city for someone who enjoys good steak, fine wine, beautiful girls and a slower pace of life.

That’s about all I have to say!

These are some of the lesser known cities I’d consider living in.

Again, hopefully we all get the chance to travel again by the end of this year. Fingers crossed!

If you’re looking for more specific information on any of these places, be sure to click on the links in the descriptions to check out the city guides!

Or, if none of them tickle your fancy…