Why No One Cares About Venezuela Anymore 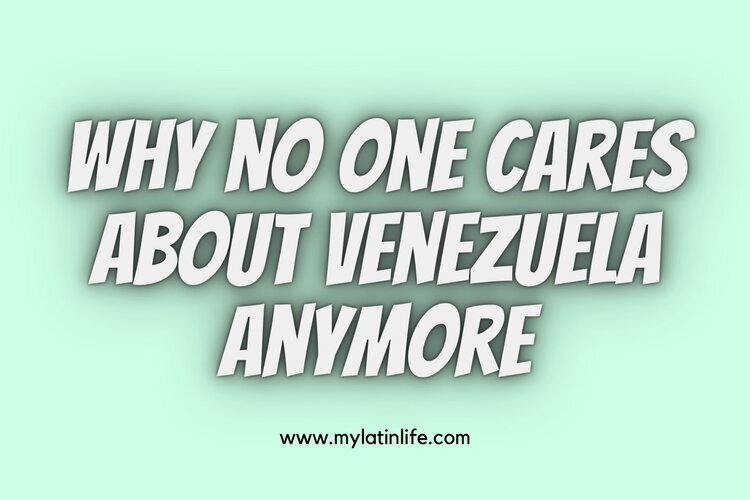 You may have noticed that you don’t hear much about Venezuela anymore.

A short year ago, if you would have told me that Venezuela would virtually be out of the news cycle, I wouldn’t have believed you!

See, 11 months back, on January 10th, 2019, the second inauguration of Nicolás Maduro as President of Venezuela happened. Unsurprisingly, many folks saw this to be a farce — there were abnormalities in the election, and Maduro even disqualified opposition candidates from running. The European Union, Latin American governments and the United States all declared that the election was illegitimate.

There were rallies across Venezuela and around the world in support of Guaidó, and he soon declared himself president, taking an (‘unofficial’, obviously’) oath in Caracas.

Immediately, several international governments threw their support behind Guaidó, recognizing him as the true president of Venezuela.

Here’s a map of all the countries that did that so you have an idea.

As you can see, this is significant!

2019 was looking like it’d be the year Venezuela would finally see a change in government. Protests were swelling, Guaidó seemed to be making moves, and there were reports of some members of Maduro’s armed forces changing to team Guaidó.

However, after a few months, the movement just kind of…died.

Demonstrations calling for Maduro to resign grew smaller and, despite Guaidó’s efforts and strong media attention, Maduro’s grip on the country simply didn’t seem to be wavering.

Eventually, news outlets got tired of the same old same old and stopped reporting the new situation in Venezuela.

What happened recently was the final nail in the coffin for Guaidó, in my opinion.

Presumably trying to ride the tailwind of the recent protests around Latin America, Guaidó urged Venezuelans to take to the street last month to demonstrate once again.

Annnnnd not too many people bothered to show up.

Why Did Guaidó Flicker Out So Fast?

Venezuelans have had massive uprisings before that failed to incite change.

Fact of the matter is, without the support of the police and military, it’s near impossible to overthrow a government.

And, while it looked like ol’ Guaidó might be able to turn ‘em, the police and military for the most part remained faithful to Maduro, as they had in the past…likely because they are paid relatively well, pretty much have free reign to engage in lucrative criminal activities and probably don’t like the idea of staring down an angry citizenry in the event of a regime change.

Not to mention the political opposition — although all against Maduro — hasn’t quite been able to unify and organize in a cohesive manner, in a way that might both inspire the Venezuelan people as well as encourage a cohesive effort to finally oust Maduro. For these reasons, 2014 protests spearheaded by Venezuelan politician Leopoldo López similarly fizzled out.

Now for a change of pace.

With Venezuela less and less in the news cycle, you might be wondering what things are like now.

Luckily for you, I’ve been keeping an eye on it!

Although as any freelance journalist will attest, it’s much harder to sell articles on Venezuela now than it has been in the recent past, the words still trickle in from time to time.

And, even though no one outside Venezuela really seems to care, the Bolivarian republic is going through some interesting changes!

Actually, things are getting better.

…well, OK, things are getting better in Caracas…the rest of the country sounds like it’s still in pretty rough shape.

In the nation’s capital, crime has decreased and money has gone up. Private enterprise has expanded. More people doing business and all that good stuff.

Well, Maduro decided to allow (i.e. no longer inhibit) the dollarization of the Venezuelan economy.

The government is no longer enforcing price regulations, businesses aren’t being hounded for practices that aren’t in line with how the government reckons things should go, and imports aren’t being restricted or seized like they were before.

In other words, the private sector has more freedom to do and pay what they deem fit without being strangled by regulations, and this is resulting in Venezuelans having a bit more spending money.

But how, Vance? How exactly has this resulted in Caraqueños being better off?

Well, the answer is…

No one really knows!

Logically, you’d wonder how businesses — despite the loosening of restrictions — could even begin to afford to pay a living wage in the first place with so much of the population lacking disposable income. Not to mention that the dollarization of the economy drove prices up almost overnight. Indeed, if you watch some YouTube videos about supermarket prices in Caracas, you’ll notice that items are nearly on par with what you might find in a supermarket in the United States.

Nevertheless, despite the inexplicableness of it all, the consensus is quite strong that commerce has returned to Caracas, and people are spending more money.

Could 2020 Be a Good Year to Visit Venezuela?

Less crime and government meddling, more money flying about, more cafes and restaurants popping up: you might be thinking that visiting Venezuela in 2020 might be a viable option.

It’s important to keep in mind that Caracas is one of the only (semi) functioning cities in the entire country. Maduro puts effort into making sure the capital city doesn’t completely crumble, or else he really might have problems. This effort is at the expense of other cities in the country, where blackouts, poor internet and gas shortages remain major issues.

And to say Venezuela is getting better is, of course, relative — it still remains one of the most dangerous cities in the region with a dizzying poverty rate.

So don’t be booking that flight just yet!

That said, this is probably a good sign. If Maduro & Gov notice that the populace is more content with more private sector activity and more money in its pocket (i.e. less likely to protest), perhaps they’ll keep their hands out of things.

And maybe that’ll lead to the easing of some other restrictions.

In Venezuela, the future is anyone’s guess at this point.

A lil’ Venezuela update going into 2020 (just in case you were wondering what the heck is going on down there these days).