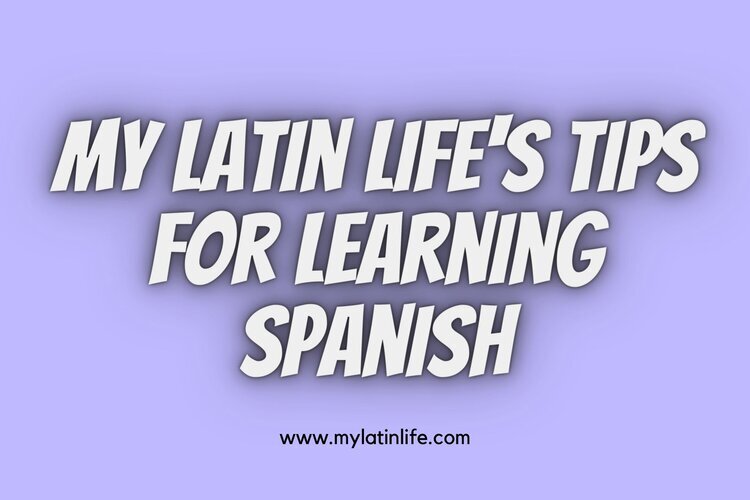 What if I told you that you could learn Spanish with no effort?

Well, I’d be lying, of course.

The truth is, it takes quite a lot of work to become good at Spanish.

That said, after you’ve figured out the structure of the language using a program like Michel Thomas or Rocket Spanish, it’s possible to throw things on cruise control and learn a whole lot more with a whole lot less effort.

Today, I’m going to tell you how to do that.

As a master of doing as little as I can to try and get the best results, I managed to devise several ways to improve my Spanish daily without working hard at all.

But, Before We Get Started…

It’s important to note that none of the following tips will do anything for you if you don’t have any Spanish knowledge.

You’ll need at least basic Spanish for this advice to benefit you, or else it’ll all just seem like gibberish.

Complete Rocket Spanish First. It’ll take a couple weeks (or longer, depending on how fast you want to do it).

That’ll be the hard part.

But, once you finish that, you’ll have an understanding of how the language works and you can slap things on cruise control with these tips.

Best of all, they’re free if you want them to be.

This was the most efficient way I was able to increase my vocabulary with almost zero effort. I spent about an hour writing the Spanish translations for nearly everything in my apartment, and taped them to the corresponding item (e.g. ventana was taped on the window, estufa on the stove).

Every time I went to use something in the house, I would be forced to look at its Spanish name. Within a week or so, I knew the Spanish translation for almost everything in my apartment…and I never forgot them! So, we’re talking 50-100 commonly used words (depending on how crazy you want to get with it) that you can learn with zero effort.

This is one of the better ‘hacks’ out there. Hopefully you live alone, or your roommates or parents will think you’ve gone crazy, but trust me, it’ll be worth it.

MusixMatch is an app that will automatically add lyrics to your YouTube or Spotify tracks. It’s excellent for following along with songs in Spanish and figuring out what the artists are saying. A good way to use this app is to try and sing along, pronouncing the words as closely to the artist as you can. This will assist in your pronunciation.

You’re going to want to pick songs in Spanish that you like, and ones with clear lyrics. They must be ones you like, because you’ll be throwing them on repeat. A LOT. Once you can sing along to most of the songs in Spanish, you’ll want to translate them and extract any useful phrases (e.g “I love the way you move”, “I was walking down the street”.

Anything you think you would use in conversation.

You’ll already have these words in your head, so extracting useful phrases will be easy – you’ll already be able to say it in Spanish, all you’ve got to do is remember what the words mean in English!

This isn’t entirely passive, but it’s a fun way to learn while exploring some cool Spanish-language music, knowledge of which will help you in social situations.

Netflix has gotten a lot better in recent years for Spanish and Latin American content.

This is good news for the Spanish learner.

This sounds tedious, but if it’s a movie you like and you spread your viewing times out throughout the week, it shouldn’t be too bad.

Another excellent option is to watch English movies that you like with Spanish subtitles. Anytime a character says a phrase or word you think you’d use or hear in Spanish, pause the movie and jot down the translation.

If Netflix in your country has slim pickings for Spanish movies, check out SubsMovies.com – they’ll have Spanish and English subtitles available for most movies.

Movies will help you internalize both the accent, and commonly used phrases. 2 birds. You’ll get used to hearing the language to improve your comprehension, and pick up new phrases for talking to people.

Here are 65 Good Movies About Latin America to get you started.

Tinder Plus and the Pen Pal App on iPhone or Android are excellent ways to get in touch with Spanish speakers, and to learn how to write in the language. Transition that into video calls, and you’ve pretty much got a free Spanish teacher!

Here’s how to get the most of out this strategy.

Copy down the phrases the Spanish speaker uses to talk about themselves and ask you questions. Just make a list of these things. Those phrases are now your phrases! And you know you’ll be able to use them too and be understood because they’ve come straight from a Spanish-speaker!

Initially, you’ll be relying a lot on Google Translate to respond appropriately, but this is practice in itself. Save those phrases as well, either on a piece of paper, or on a note taking app. An hour or so each night talking on one of these apps to Spanish speakers, jotting down notes, will give you more useful material than an hour in a Spanish classroom.

When you’re comfortable, get on a video chat! This is the real test – many people feel confident in their comprehension and speaking abilities right up until the point they have to communicate in person. Then, they all of a sudden forget what they’ve learn. It’s OK, happens to everyone. A video call with someone you’re practicing with is a good transition into real-world Spanish. They know you’re learning, so they’ll keep it simple and talk slow, but it’ll still be more challenging than talking to yourself.

Finally, TuneIn Radio. God, is this thing great. They have free radio stations from all over Latin America. News, Talk, Sports, Music. Whatever you like. Throw one of these programs on when you’re cleaning your house or chilling in your bedroom. Do your best to see what words you can pick out, but the real goal of this is to get you familiar with the flow and style of the language. One of the hardest parts for Spanish learnings is comprehension, i.e understanding what someone is saying to you. There are a lot of different accents and, like some folks in English, some Spanish speakers won’t speak very clearly. If you can get a solid grasp on the style and flow of the language, you’ll be able to understand folks in person much, much easier. And that’s the key. At the end of the day, you only need to know a few words and phrases to express yourself. But, if you can tune into other speakers and understand what they’re saying, you’re going to connect with people much easier.

Well, that’s about it guys.

Just a few ways to learn Spanish without it really feeling like learning.

Although it may not seem like it, these things will help you immensely. You’ll get a feel for how the language is spoken in the street, and you’ll come away with much more applicable knowledge that you would with Rosetta Stone or in a classroom.

Trust me…I’ve tried them both.

Best of all, you can do all these steps pretty much free of cost! OK, Tinder Plus and Netflix cost money…but SubsMovies and Pen Pals doesn’t!

Of course, you’ll need to invest some money in a Trusted Spanish Program to get past that initial hump, but once you’ve done that, these simple tips will bring you to the next level without considerable effort or time invested.

And, let’s be honest, that’s what we all want.

Thanks for listening. If you have any tips for learning Spanish, post them in the comments below!