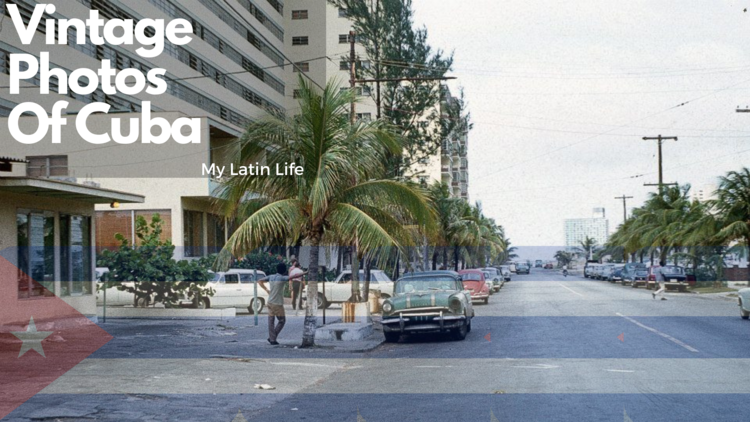 Cuba is an interesting country.

I didn’t quite know what to make of it while I was there.

The people seemed happy, but poor.

Healthcare and education was free, but families struggled to buy milk for their children.

Regardless of what you think of its politics, there’s no denying that Cuba is a beautiful country with a rich history.

So, I thought I’d share some of my favourite old photos.

Below this explanation of the country’s history you’ll find 43 of them.

A Brief History Of Cuba

Before the arrival of Christopher Columbus in 1492, Cuba was inhabited by a number of different Mesoamerican cultures.

After Columbus’ arrival, Spain claimed Cuba, and the country became a Spanish colony. The Spanish based the economy on tobacco and sugar, and imported Africans to use as slave labour.

Due to the expansion of slavery, in the 19th century, Cuba had become the most important producer of sugar in the world.

By the end of the 19th century, slavery was abolished.

The boom of its sugar industry allowed Cuba to develop; new roads and railways were built across the country, primarily to transport sugar more efficiently.

The Spanish-American war eventually resulted in Cuban government being controlled (briefly) by the United States in 1899.

The United States took advantage and began taking hold of the sugar industry.

When President Palma took office on 20 May 1902, US occupation was officially over.

When Palma’s regime ended, the US occupied Cuba again. This would last for nearly 4 years.

In 1952, Batista seized power in a relatively non-violent coup.

Although Batista was corrupt as all hell, the Cuba economy grew impressively during his time in power. In fact, in 1958, Cuba boasted the 8th highest industrial salary in the world, and was one of the five most developed countries in Latin America.

However, dissatisfaction was brewing.

Due to the vast privileges enjoyed by labour unions that supported Batista, inequality in Cuba grew, and the economy also stagnated (it was so difficult to be fired if you were part of a labour union that efficiency ceased to be prioritized).

In 1953, a lawyer named Fidel Castro formed a rebel army with a plan to overthrow Batista (on the basis that Batista had illegitimately suspended the electoral process in Cuba).

Within months, Castro’s rule became increasingly authoritarian, and many Cubas fled to the United States to avoid being imprisoned or executed. By 1960, all opposite newspapers had been shut down, and the state had taken over the media.

At first, the United States recognized the Castro government, under the assumption that the island would remain under US influence.

The United States made efforts to oust Castro, the most famous being the Bay of Pigs invasion.

It was a disaster.

Cuban forces held strong and the US brigade surrendered.

Despite numerous assassination and subversion attempts, Fidel Castro managed to hold on to power in Cuba until his death in 2016 (his brother Raul Castro succeeded him as president in 2008).

In April 2018, Miguel Díaz-Canel was selected to take over from Raul Castro. However, as the First Secretary of the Communist Party of Cuba and the commander-in-chief of the Cuban Revolutionary Armed Forces, you can bet your bottom dollar that a Castro is still very much pulling the strings in Cuba.

And, we’ll leave it there!