Is Mexico City A Good Place For Single Men?

Vance here to give you a short and sweet introduction to one of my favorite Latin American cities.

Is it good for single men? What’s life like?

All that good stuff and more!

As the capital of Mexico and one of the biggest metropolitan areas in the world (the urban population exceeds 20 million!), there is obviously plenty to see and do here.

This comes with both positives and negatives. The good news is that you’re not likely to be bored. The bad news is that the city can seem intimidating and incomprehensible for visitors more accustomed to smaller places – I’ve lived here for a year and still haven’t scratched the surface of all the city has to offer. Fortunately, there are many great destinations a short bus ride away if you want to escape the chaos.

But, enough with the foreplay. Here’s the important question: is Mexico City a good choice for a single male traveler? Mexican women get a pretty bad rap, especially in the United States. This is based off of the appearance of Mexican American women – perhaps, as Donald Trump might say, “they’re not sending their best.” However, cross the border and you’re likely to be surprised at the quality of the girls in Mexico.

And Mexico City is the perfect place to wet your beak. You’ll find girls from all over the country here: blonde haired, green eyed girls from the north, black haired, browed eyed girls from the south, and everything in between. Also, a little known fact about Mexico City is that there are A LOT of unimaginably sexy Argentines working here as models. Combine this with an incredible nightlife scene and… well, you can start to guess what’s kept me here for twelve months.

However, before you book that plane ticket, there is one caveat: the quality of girls in Mexico City is highly dependent on what part of the city you are in. As I’ve said on my blog, don’t come to Mexico expecting the women to be as hot as in Colombia or Brazil – they’re not. And if you stick to the center of the city (as most tourists do), things are pretty average. I’d suggest checking out the neighborhoods of Condesa, Roma, and Polanco instead. Tinder seems to be the preferred resource for Internet dating here. Hop on the app in Condesa and you won’t be disappointed.

If you want to meet Mexican women online, sign up for Mexican Cupid

Mexico City is extremely affordable if you are coming from the United States or Western Europe. Less so if you’re used to Asia. Still, the cheapest hostels will only run you $8 USD, and you can get a basic hotel room for about $20. A ride on the extensive metro/metrobus system is a mere 35 cents and will take you anywhere in the city. Mexico City’s taxi fleet is the largest in the world and fabulously cheap – you’ll rarely pay more than $7 to get anywhere.

For those of you thinking about a more long term stay, here is a short breakdown of my costs to give you an idea: 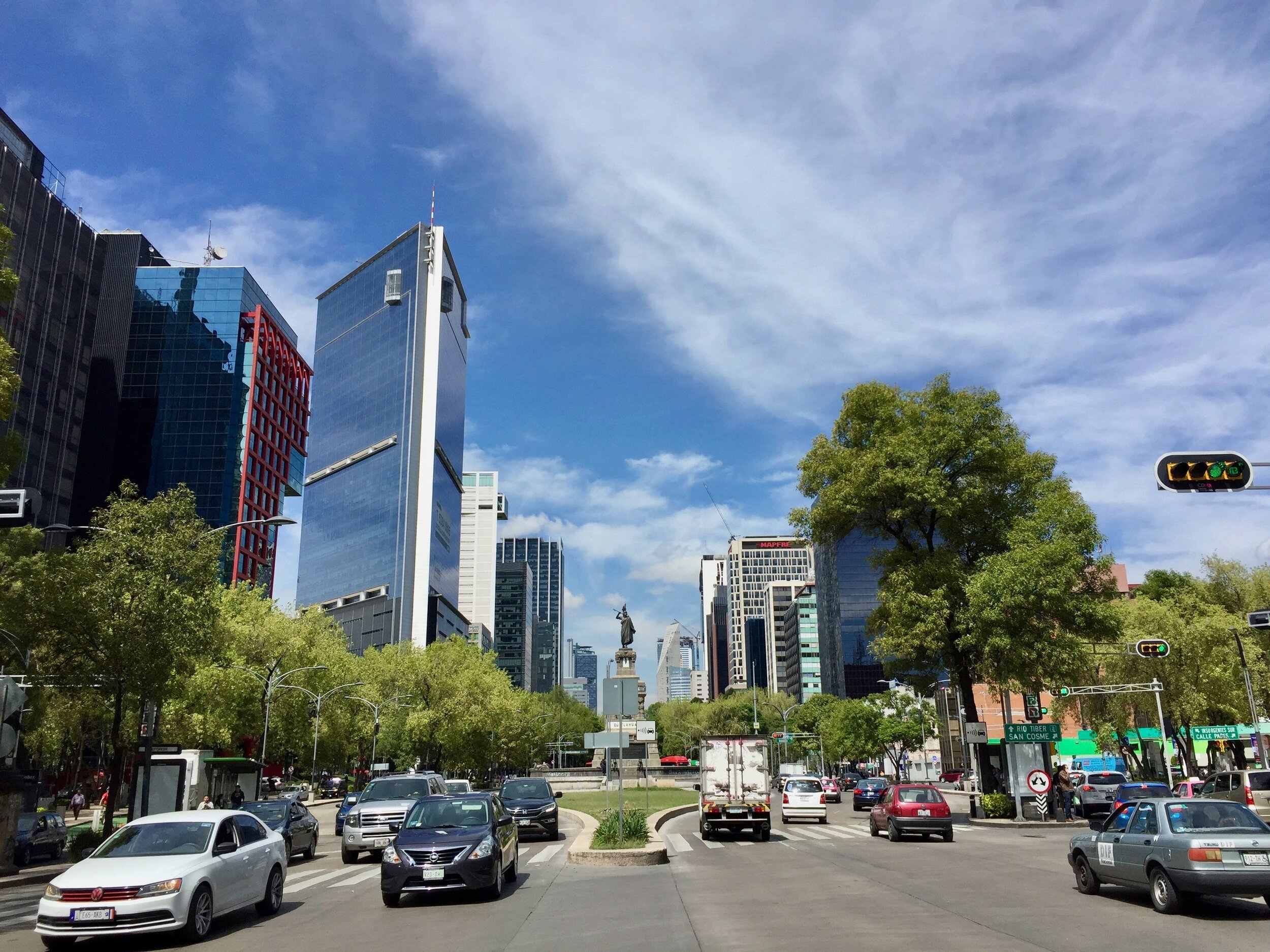 Now is as good a time as any to address the elephant in the room: safety. Mexico City does not have a good reputation in this regard. Although western media wildly exaggerates the security situation here, you still need to exercise some caution. Fortunately, most crime is restricted to seedy barrios where the average traveller would have no reason to go. My neighborhood, for example, has a strong police presence, and it is not uncommon to see women walking their dog alone at night – it is basically safe at all hours. In general, it is relatively easy to avoid problems here if you’re not looking for trouble.

Unfortunately, pollution is an issue in Mexico City. Dirty air mixed with the city’s high elevation can make breathing a bit arduous at times. Also, the traffic is terrible. Might as well forget about getting anywhere fast during morning or evening rush hour.

On the bright side, the city has good weather, excellent food, sexy gals and a vibrant nightlife. For me, the pros outweigh the cons.

Note: You’ll need to know a bit of Spanish here to get by (not many speak English). Check out PickUp Spanish — it’s the only Spanish course geared toward dating in Latin America!

Without a doubt, Mexico City is a great place for a single man. The girls are hot, and hooking up with them is easy. But as a first time visitor, I’d recommend focusing on no more than 2 or 3 districts of the city… or else you will think it’s nothing more than a bafflingly anarchic clusterf*ck. Then again, that’s part of the charm. After traveling extensively around Latin America, Mexico City is one of only a handful of places that’s captured my heart. I hope to see you around here soon!