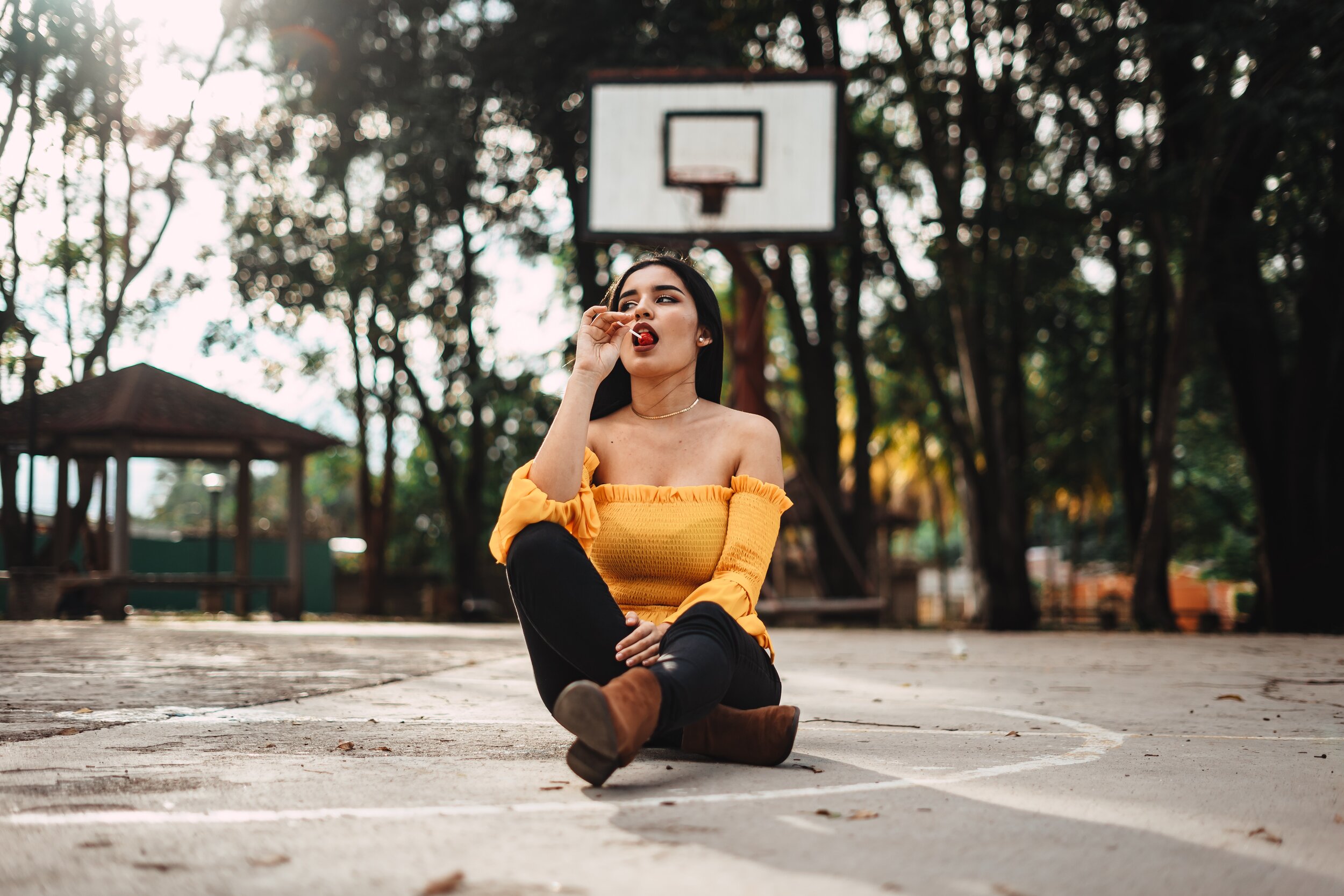 Are Latin dating sites worth joining? Are they scam free? Can you actually meet Latin women on them?

Stay tuned because we’ll be covering all of your best options for meeting Latin Women online!

In 2021, there are two dating sites that are essentially dominating the market: Tinder and Bumble.

You’ve probably heard of them, but if not, no worries.

I’ll go over them now.

Tinder is indisputably the most famous and most widely used dating application, with over 50 million users around the world.

In every major Latin America city, you’ll find enough users on the app to never run out of options.

The app is free, although many users pay for “add-ons” such as the ability to change your location to anywhere in the world, or the ability to “boost” your profile so it will appear in front of more people.

It works like this. You open the app. See a profile. Scan through their pictures. If you “Like” them, you’ll swipe right. If you don’t, you’ll swipe left and it’ll put a new option in front of you.

If the person you’ve liked has liked you too, the app will alert you that it’s a “match” and you’ll be able to direct message that person.

…why am I explaining this? I’m sure y’all already know how it works!

If you’re looking to meet Latinas online at home or abroad, Tinder will definitely wield the most options. That’s the main draw of this particular app.

Due to the widespread usage of Tinder, you’ll find a lot of people on the app aren’t actually serious about meeting; indeed, one out of every 10 profiles or so will just be fishing for Instagram followers. “Pay for Play” (aka escort/prostitutions services) are also quite common on the app. Tinder does it’s best to weed out the obvious culprits, but it doesn’t get everyone.

If you’re a guy simply looking to go on a date with a girl, sidestepping the attention seekers and semi-pros can be annoying. This is a big downside of the app.

That said, it’s still going to be one of your best options for meeting Latinas due to the sheer amount of active users.

Another app that is gaining huge momentum in Latin America is Bumble.

Again, as long as you’re in a major city, there will be plenty enough users.

The user interface is similar to Tinder — swipe left or right, get match, yada yada yada.

But, there is one significant differentiating factor with Bumble, something that makes it unique from other Latin Dating Sites.

The girls must message you first.

That’s right! If you get a match, you’ll be unable to message the girl unless she makes the first move. If she doesn’t make the first move within 24 hours, that match will disappear.

Initially, I found this annoying. I prefer to make the first move. But, you get used to it. And you’ll likely find that, although you may match with fewer girls on Bumble than on Tinder, the girls you do match will usually message you and are likely to be more interested in meeting.

That said, you will still find a number of Bumble users that are only interesting in promoting their Instagram profiles…sigh…but it’s not as bad as the Tinder attention seekers.

The biggest difference you’re likely to notice between Tinder and Bumble is in the type of girl who is on the app. Overall, Bumble tends to attract a more educated user base. Girls who speak English, who either attend university or are young professionals, and, in many cases, who have lived abroad. This, however, may change in the future as the user base continues to grow.

Furthermore, girls on Bumble — again, generally speaking — are more often looking for something more serious, whereas on Tinder you’ll find more girls who are just into hooking-up or having a one night stand. This is based on my experience as well as the experience of virtually any guy I’ve spoken to that’s used both apps. That isn’t to say you should rule Bumble out if you’re just looking for a fling, but it’s something to keep in mind.

Although a very effective app, Bumble does have some downsides. For instance, you’ll notice that you won’t get quite as many matches as you would on Tinder. This is in part due to a smaller user base, and also, I suspect, because the girls who use this app are more selective.

I’ve had friends who deleted Bumble after a few weeks simply because they weren’t getting many matches, so don’t feel bad if this happens to you.

The app is entirely free (aside from add-ons) so it doesn’t hurt to give it the old college try.

In closing, these two apps will take you far in Latin America. Indeed, most guys get by just fine without having to use any other resources.

That said, if you’ve tried both Tinder and Bumble and aren’t getting the results you want, there are certainly some solid alternatives.

We’ll get into those now 😎

Now, Hinge is an interesting one.

Although its user base is comparatively small compared to Tinder or Bumble, I’ve included it here because there were a number of active users in Mexico City.

Hinge differs from the aforementioned apps in that it’s detail oriented — you’ll have to fill in quite a bit of information about yourself, and answer three or more “prompt” questions that will be included in your profile (these prompts are silly things like “Nightclub or Netflix and why?).

At the time of writing, there aren’t enough active users to take this app too seriously, but it is growing fast. If you sign up early and get your foot in the door (the free version is limited but paid options are available), this could soon be one of the best online resources for fellas looking for longterm relationships with Latinas.

Keep an eye on it in the future.

While Tinder, Bumble and Hinge will work in Latin America, and will certainly work to meet Latinas wherever you are in the world, they aren’t specifically tailored to meeting Latinas.

The truth is, in this increasingly globalized and monopolized world (cliche phrase, I know), most “latin dating sites” are dying out.

Three sites that used to be fairly popular. Now? They’re dying out.

In reality, there’s only one latin-specific dating site that’s been able to compete.

Yes, I know I know, you’ve probably heard me talk about it before.

But it’s for good reason: It works!

If it didn’t, it wouldn’t still be around.

That said, Latin America Cupid isn’t for everyone.

Let me explain what I mean by that.

The Truth About Latin American Cupid

I’m not going to mislead you and try to say that Latin American Cupid has more women or hotter women than Tinder or Bumble, for instance.

And it’s also a paid site — you must pay to message girls. All would agree this is a pretty major disadvantage.

If you’ve not signed up for a membership, you’re probably wondering why the hell any man would pay for a dating site when there are so many free options out there.

Your match ratio will be EXTREMELY high on the Cupid sites compared to the more mainstream apps.

That is to say, more girls on the app will be up for talking to you and meeting you.

If you’re not having much luck meeting Latinas on Tinder or Bumble, I can promise you that you will on Latin American Cupid.

I suspect that there are a few reasons for this.

One, the paywall. Girls can sign up for free whereas guys have to pay. That keeps the riffraff out, and also helps that the ratio between men and women will not be skewed (Latin American Cupid also has a big advertising presence in Latin America, so I suspect there are quite a few more women on the site than men).

Two, the application process. Although by no means strenuous, Latin American Cupid requires both men and women to fill out a lot of information about themselves. If a girl goes to all that trouble, chances are she ACTUALLY wants to meet a guy, as opposed to just attention seek.

Three, the quality. OK, this will sound bad. But physically speaking, the quality on Latin American Cupid is lower than what you’d find on Tinder and Bumble. Not significantly lower mind you but yes, lower. But it’s not gender exclusive! The physical quality of men on the site is also lower. So if you take the time to post attractive, professional looking photos, you will be flooded with messages.

In short, although the quality is lower, it’s much easier to stand out.

Who Should Join Latin American Cupid?

Now, remember I said that this dating site isn’t for everyone.

DO join Latin American Cupid if…

Again, if you’re doing well with the free apps, DON’T PAY FOR THIS.

And, if you know the country from which you’d like to meet Latinas, you’ll find even better results with the country-specific Cupid sites.

***There is no Peru Cupid, but Latin America Cupid has a ton of users in Peru. Join that one if you want to meet Peruvian Latinas.

Only buy a specific Cupid site if you’re honed in 100% on that country. If not, simply purchase Latin American Cupid, where you’ll find users from all over the region (including in the United States, Canada, Australia, Germany etc).

The best Latin Dating Sites to use in 2021 are:

No need to crowd up your phone with the other apps — these are the best options.

If you have any comments or questions, simply post in the comments below, or shoot me an email on the contact page.

If not, happy hunting!