Are There Too Many Gringos in Latin America? 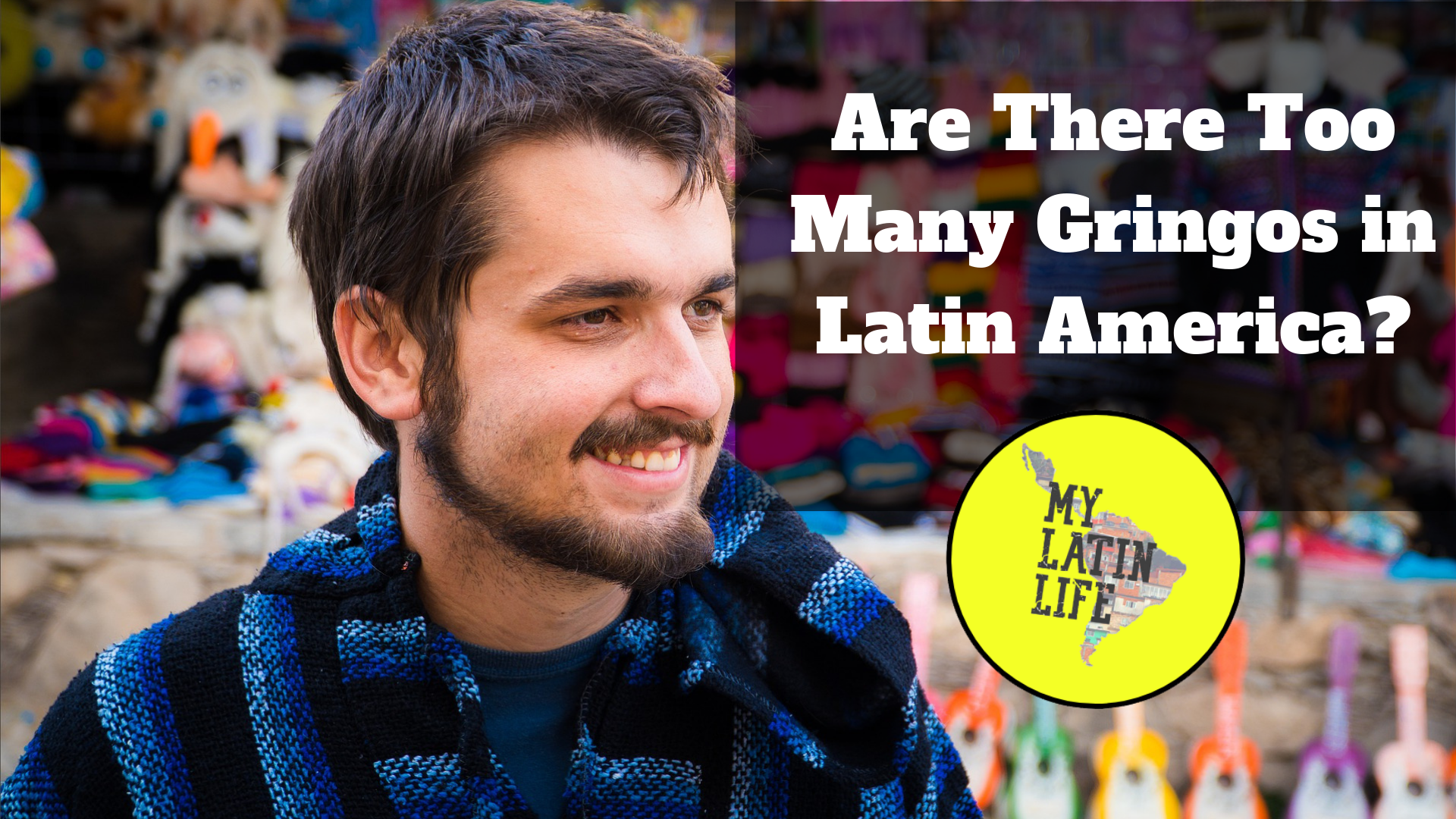 This is a subject I’ll never grow tired of writing about.

It’s highly relatable, after all. I myself am a gringo residing south of the border (“gringo” being synonymous to “foreigner” in the case of this article…not just referring to Americans).

What I’m going to talk about today is something that’s being discussed more and more lately on Latin America travel and expat forums.

And that something is “gringo saturation”.

One can’t help but notice it.

Ten — or even five — years ago, you simply didn’t see too many foreigners in Latin American towns or cities.

Sure, you’d spot them at Mexican beach destinations like Cancun, or famous cultural attractions like Machu Picchu, but head out to the major cities? They weren’t what you’d call a visible minority.

My oh my, has that changed!

So, what does this mean? Why did this happen? How have things changed? Is this good? Bad? 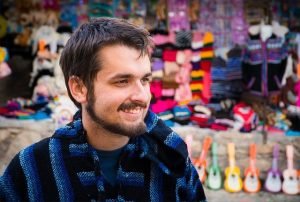 How Did This Happen?

A perfect storm of information and technology led to an influx of gringos in Latin America.

Travel blogs/websites and forums have taken off over the past 10 years. So has Instagram. Places in the world that people didn’t even know existed were all of a sudden on their radar.

Also, Uber and Airbnb has made travelling very easy. Not long ago, you’d at least have to make an effort to flag down a taxi in a foreign country and try to communicate to them where you were going. Not anymore. You can plug a direction into a map, get in the car, not speak to your driver and arrive.

With Airbnb, oftentimes you won’t even meet the host in person. They’ll leave the keys with a doorman and housekeeper, and any communication (if necessary at all) will be done through the app.

Point is, that uncertainty; that intimidation once felt prior arriving to a foreign country where they don’t speak the language, has been massively eroded in the last decade. Travel is exceptionally easy, and more people are taking advantage.

Next, we have the “digital nomad” syndrome.

The book The 4-Hour Work Week came out a little over 10 years ago, and started a trend of folks working from their computers. To bootstrap their new online businesses or freelancing endevors, many moved to places like Thailand or Colombia to take advantage of a lower cost of living.

All of these things are fairly recent developments, and have revolutionized travel. Folks who 20 years ago would be too intimidated to leave their home countries all of a sudden realized travel could be easy, and begun jetting off to far away places.

Latin America is one of these places.

How has the influx of foreigners changed the dynamic in Latin America?

Since I only started traveling seriously 7 years ago in 2012, I can’t speak to what things were like before, but I’ll tell you some things I’ve noticed since then, particularly as they pertain to Mexico City, where I’m now living.

First off, you’ll have bars and cafes that are now dominated by foreigners. We’re talking 30% or more foreigner clientele. This never used to be the case — there’d be foreigner hangouts, sure. Like a particular bar where foreign journalists would get together on a certain night of the week.

But this is different.

There are spots that, every night of the week, will be hugely gringo.

In Mexico City, there are several places like this. The first that jump to mind are: Pata Negra, Vino Premier, Cicatriz Cafe, Panadería Rosetta Havre, and Ojo de Agua.

That’s a big shift from when I lived here even a short 4 years ago.

Another thing is rising real estate prices in popular neighborhoods.

I’ve always kept on eye on real estate in Latin America, and some places have exploded in cost in recent years.

Cartagena, for instance, experience a big boom a few years ago, as well as Miraflores in Lima (although that seems to be correcting now). This is partly due to foreign buyers scooping up cheap real estate in previously overlooked Latin American destinations.

No more special treatment for foreigners.

I’m not saying this was ever a good thing, but I remember the days where if you were American/Canadian/Australian/British, whatever, you’d have no issues getting into more exclusive nightclubs.

Sometimes, they’d even let you skip the line!

None of that anymore. It’s simply no longer a novelty to have a few gringos in the club in most major Latin American cities. There is no reason to give special treatment. You’ll have to cue up and possibly get rejected, just like everyone else.

The One Main Reason Why People HATE This

Why do many other gringos hate when more gringos show up in their adopted city?

Well, there’s the whole (erroneous) “I discovered it first” factor.

Nobody likes it when they feel their “hidden paradise” is about to turn into the next Cancun.

Kinda like the movie The Beach with Leonardo DiCaprio.

But, the real reason other gringos hate this is because it’s has a decidedly negative impact on the dating scene.

Let’s be real, if you’re the only gringo in town you’re going to enjoy somewhat of an exotic status among the locals. It’s not just a Latin America thing, it happens everywhere.

Like that Peruvian girl in my university English class back in Canada. All the dudes wanted her…

And I gotta tell ya, it hurts when other gringos start showing up at your favorite bar, or when you see that girl you met on Tinder is following a dozen other expats.

Is this a hypocritically puerile attitude to have?

Of course it is!

As for me, you ask? Well, more foreigners in Mexico City doesn’t really bother me on a meaningful level. In general, it’s good for the local economy. These people aren’t usually taking jobs away from locals, and a lot of them are earning a salary from a different country and spending it in Mexico.

And they aren’t typically joining gangs or committing crimes.

Overall, it’s a win for the city’s economy. And that’s a good thing.

That said, yeah, it does piss me off.

Is this reasonable, considering I myself am a gringo in Latin America?

No, it’s not reasonable.

But I don’t care.

Most people who have spent a few years living in the region feel similarly.

See, as cliche as it sounds, certain neighborhoods have lost their charm because of this. And I haven’t met too many expats who seem to know anything about the history or culture of the country or city.

But, at the end of the day, more gringos here are a drop in the ocean — it’s not a big deal.

Why It’s Really Not As Bad As It Seems

More foreigners in Latin America is only really changing the dynamics of specific neighborhoods in specific cities (for now, at least).

For instance, when I lived in downtown Mexico City, there was a nearby nightclub I’d go to.

Great place. Never saw a single foreigner in that joint.

In Medellin, a city that is similarly saturated with gringos (probably worse) all you have to do is move to an estrato 3 or 4 neighborhood if you want to live amongst locals and not cross paths with foreigners.

Alternatively, you could just go to midsized cities in Latin America.

If you head a couple hours out of Mexico City at hit up Puebla or Queretaro, you’ll find it decidedly more “Mexican”.

In short, escaping the gringo saturation down here — if you’re so inclined — is often as simply as hopping neighborhoods.

And those are my thoughts on gringos in Latin America!

At the end of the day, nothing to worry about.

The only real negatives I can discern from this have been dating related. I’m fairly confident more gringos have resulted in worse nightlife and a decline in online dating in some Latin American cities.

Not hugely, but noticeable.

Of course there are travelers or prospective expats that’ll see more foreigners in a city as positive — some like that kind of support system. And that’s cool! More power to you.

But for those of us who want to feel like special snowflakes, if you find there are a lot of foreigners in your city, consider checking out different neighborhoods…or a different city.