How Much Does It Really Cost to Live in Latin America? 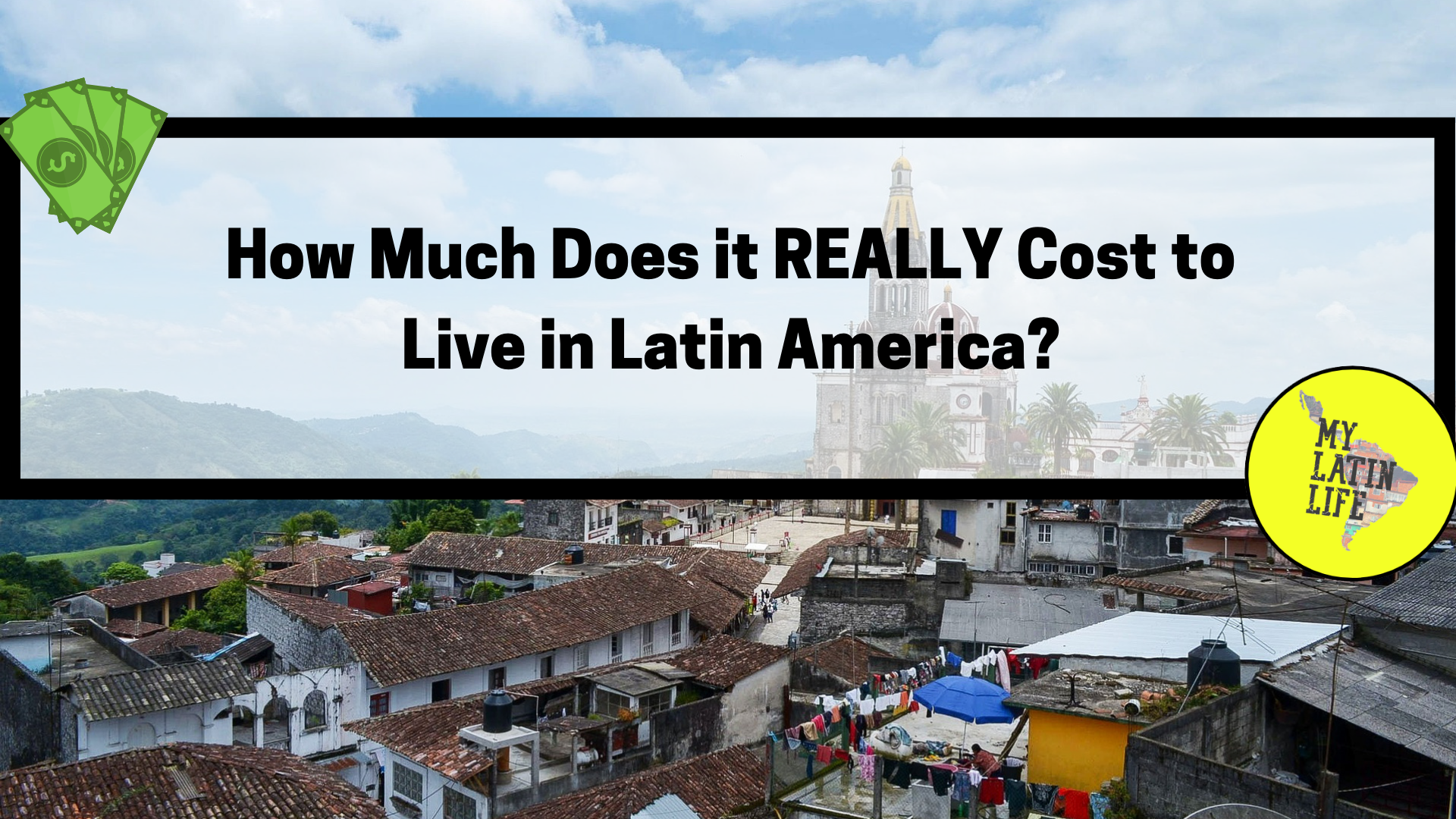 How you doing, friends.

Today I want to talk about how much it’s going to cost you to live in Latin America.

We’re going to chat about all this, because there are some serious misconceptions going around about the real cost of living in Latin America (thanks again, International Living 😑).

Let’s get it started.

The First Thing You Must Understand

Before getting into this too deep, it’s important to understand that the cost of living between Latin American countries varies dramatically.

Hell, the cost of living between different cities in the same country vary dramatically.

If you already know that, well done, because I certainly didn’t when I first set out to travel Latin America.

For instance, I was shocked to discover that Honduras — despite being a poorer country — was more expensive than Mexico.

Likewise, in Mexico, I was surprised to find out how much more expensive Monterrey was than Guadalajara.

Later on in the article, I’ll give you a recommended budget based on countries. 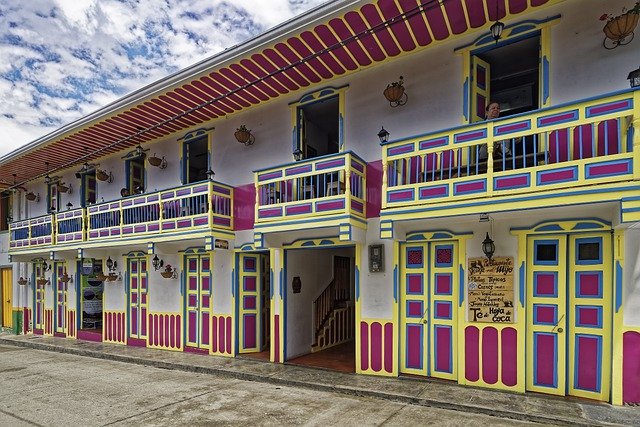 Why Latin America Is Not As Cheap As You Think

When you see an article about how “cheap” it is to live in Latin America, the information is usually coming from someone who’s living in a small city/village as opposed to a major metropolis.

And, what’s conveniently left out, is the conditions these folks are living in.

I’ll tell you right now. There is nowhere in Latin America where you’ll be living well on $600/month.

Sorry to be the bearer of bad news.

But you’ll be living in squalor. It’s not feasible without making some seriously sacrifices that would raise the eyebrows of anyone you know from back in your home country.

This is because not everything is cheaper in Latin America!

If you want decent Internet, you’ll be paying the same or more as you would back home.

Any packaged good you’d find in a grocery store down here will be more or less the same price as their USA equivalent.

Electronics? In every instance you’ll pay more than you would in your home country.

Do you go to the gym? You’ll pay more for a membership down here.

Is Latin America cheaper than the United States or Canada.

Yes. A resounding yes. But, only for certain things.

We’ll talk about those things now.

Why Latin America Can Be As Cheap As You Think

On the other side of the coin, there are a number of things that you’ll save a ton of money on by moving down south.

First off, if you’re able to willing to adapt your diet to the local scene, you’ll save some dollars. Pretty much all of Latin America locally produces fantastic fruits and vegetables, so you’ll get those for cheap. Same with rice and beans. Cheap as hell. If you “eat like a local” you’ll save money.

Also, things like water, electricity and gas. Those things are cheaper.

Transportation? Assuming you’ll be giving up your car and using taxis and public transportation, good news, you’ll save money there as well.

Entertainment? You’ll save a bit. Going to the cinema is much cheaper down here, and going out to bars, nightclubs and restaurants is as well (unless you go very high end).

But, unless you’re accustomed to spending inordinate amounts of cash on the aforementioned, it’s not going to make that much of a difference in your monthly spending.

There is one thing that will, though. I’ll tell you that now.

The Number 1. Determiner Of How Much You’ll Spend

The one thing that will really make a difference down here is how much you spend on rent each month.

That, my friends, is going to determine how much money you’re going to save by living down here.

First and foremost, safety. While in major Latin American cities it’s possible to rent an apartment for as little as, say, $300/month, chances are that apartment is not going to be in a safe and/or well connected, desirable area.

And when I say not safe and not desirable, I’m talking by Latin American standards. Places where it’s basically unfeasible for a non-local to live because you’ll be singled out for crimes and break-ins.

So, what often happens in Latin America, is you’ll find yourself having to way more above the local average simply to be in a neigborhood that you can get away with living in.

Maybe you’re checking out local apartment listings in a city you haven’t been to and you see some cheap ones that look half decent. Keep in mind, it’s probably in an area where you won’t want to live. Ergo, whatever the local average goes for, be aware that you’ll probably need to pay more.

All that said, you’ll still probably be paying much less than you would back home.

And some more good news: if you plan to live in a smaller, safer city, the neighborhood you live in will be less important to your physical and mental health.

Bottom line: take your time making a decision that’s within your budget, because this will be the big determinant of how much you spend each month in Latin America.

But by no means is it ideal.

What I Recommend As A Minimum Monthly Budget

Alright, now let’s get into some figures.

This will be very general, and based on what I’ve spent per month in various countries or the comparative cost of living in countries I haven’t spent more than a month in (adjusted for current exchange rates, of course!)

I live a fairly normal life. I go out to restaurants and bars a few times a week, but don’t go crazy. Not frugal but not a big spender. I live in a middle/upper class part of the city.

We’ll start with what I spend here in Mexico City on a cheap month and then use that as a benchmark against other cities based on how much more expensive/cheaper they are relative to Mexico City:

*WARNING: This is extremely arbitrary…but then again, so are all other lists on the Internet regarding this sort of thing.

These figures are what I’d recommend as a minimum or close-to minimum budget. I’ve left some breathing room, or course. If you’re sharing an apartment things will be cheaper. Or if you’re frugal. I knew a guy here in Mexico City who lived off $600/month with a $400/month apartment rental…to each their own. I’ve also known folks who have stayed in Bogota for under $1000/month.

Also, keep in mind that you can bump these prices down by approximately 10% if you choose to live in a smaller city or town within the country.

But, those are more or less my recommended budgets for a single man or woman who intents to live a pretty normal life down here.

Take ‘em with a grain of salt.

For now, that’s all I have to say on the subject.

Is Latin America cheaper than the USA, Canada or Australia?

However, it isn’t as cheap as perhaps you’ve been led to believe. And, it’s going to depend on a lot of things! Mainly the size of the city you’re living in and how much you choose to pay for an apartment. Those are the main factors down here.

And that’s about all!

Post in the comments below if you have any thoughts about the cost of living in Latin America. I will read and respond to all!