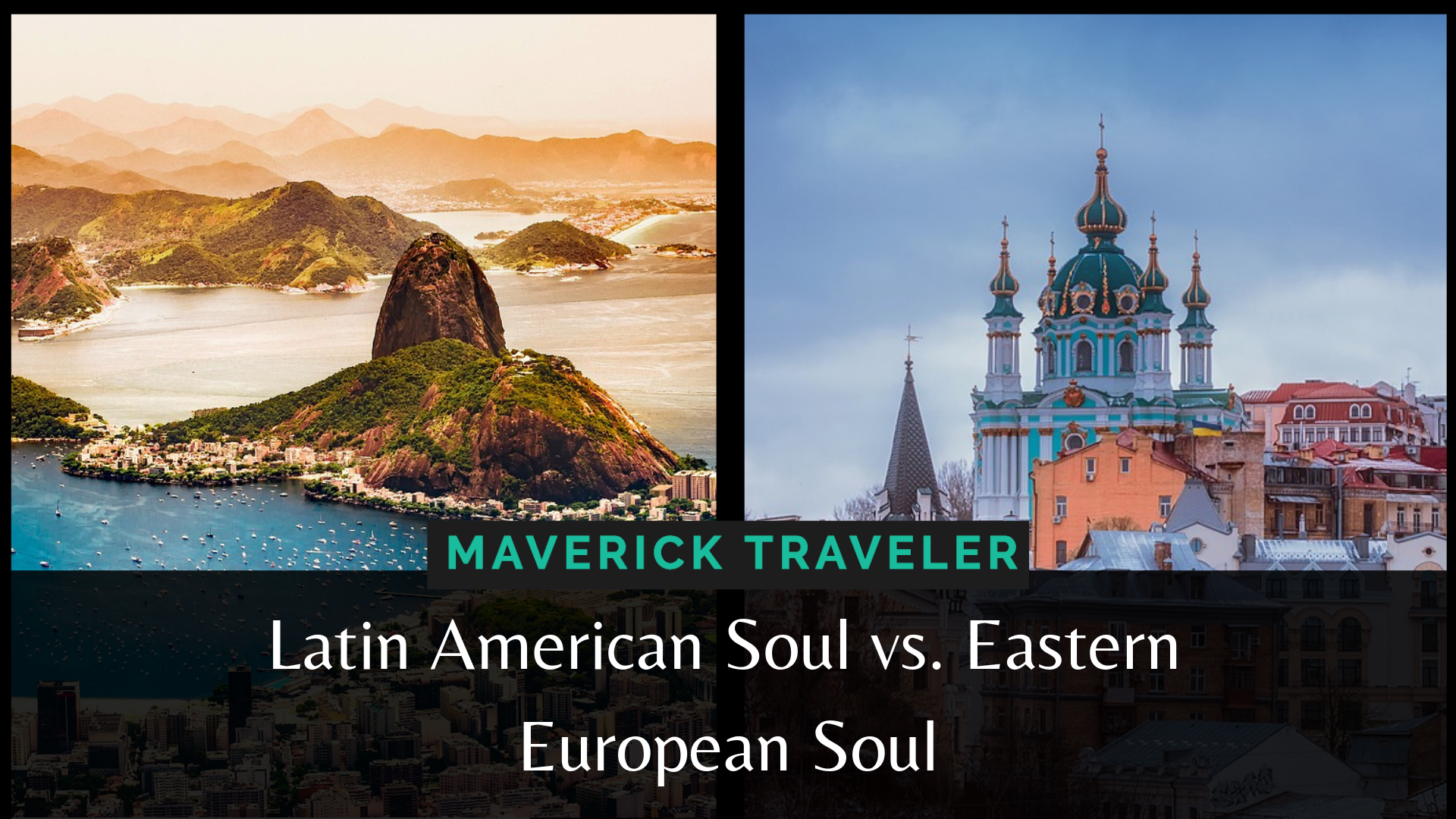 When it comes to leaving the West and looking for a cheap and easy way of living, the traveler and future expat have chiefly two options: Latin America and Eastern Europe.

After spending seven years living in Latin America and five years in Eastern Europe, let me give you the inside scoop on the differences and similarities between these two very interesting regions of the world.

First of all, there are many similarities between these two regions. Both are radically different from the West in a sense that they offer the visitor a completely different experience. Both offer a relatively cheap cost of living. Both have very sexy and feminine women. Both are great options if you’re a Westerner who’s looking for something new and unique.

That’s pretty much where the differences end. While these regions offer a great escape from the predictability and monotony of the West, at the core they’re as different as they can be. So, if you’re one of those people who are interested in escaping the West and learning about the main differences, read on.

On the other hand, Eastern Europeans are anything but easy-going. Whereas Latin Americans are “hot,” (especially when it comes to temper, etc), Eastern Europeans are “cold,” (including temper). If you find yourself walking around a random Eastern European city, you will immediately notice a few people smiling, etc; in fact, smiling is frowned upon. (Smiling at some stranger might be interpreted as making fun of them.)

One reason for this is the weather. While Eastern Europe has pleasant summers, the winters are mostly tough and unforgiving as the temperatures typically dip well into the negative territory. Thus, it takes a certain person to survive the average Eastern European winter, and that person is radically different from the tanned, always-smiling and easy-going resident of Rio de Janeiro.

The food reflects these cultural aspects. As an Eastern European, I can safely say that while the food in Russia, Ukraine and other Eastern European is very hearty and filling, it’s mostly bland and boring. However, the same can’t be said of Latin American food. It varies from basic but filling to spicy and exotic. Regardless, it’s never boring and bland, but always very colorful.

These cultures can’t get any different if they tried.

Latin America, on the other hand, has suffered pretty much no international wars or conflicts since the invasion by the Europeans back in the 15th century.

So, if you’re a history buff, there’s a certain allure in Eastern Europe. All kinds of interesting monuments, statues to various revolutionaries, houses where famous people lived. It’s all here on display in Eastern Europe.

Moreover, this is something you feel. It’s here. It’s everywhere. For instance, take Kiev, Ukraine, one of my favorite cities in the world and where I currently reside. There’s a certain joy of walking around the narrow streets of this capital, the old town, the old buildings that you just don’t experience in Latin America. It’s hard to explain, but it’s definitely there.

Having said that, there are some important differences, so if you’re a Westerner looking to spend time in these far-flung places, you better understand the differences.

Latin Americans, for the most, are pretty open and accepting.

In Colombia, people are super friendly, and it’s more or less similar in other countries (perhaps except Argentina, which has a more European culture).

In Eastern Europe, people are more closed and getting to know them requires more time. While some people are more open than others, the majority of the people I have met here require plenty of time for them to actually open up to you and become comfortable with you. Some people never open up to the level that you want.

Thus, don’t be too surprised if your Ukrainian or Russian friend is super closed-up even after you’ve been dating her for several months. That’s just part of the package.

All of this is expressed in the culture. For the most part, Latin American culture is more accepting and forgiving of your mistakes. Eastern European is more stoic, rough and tough, but if you accept the challenge and embrace it, you will grow into a much stronger and better man.

So, there you have it. The 30,000-feet bird’s eye view of the main differences as well as similarities between Eastern Europe and Latin America.

So, the question remains, are you an Eastern European or Latin American soul?

If you like things to be relaxing and easy-going, then you should choose Latin America.

If you’re looking for a challenge, cold weather and lots of history then Eastern Europe has your number.

Ultimately, whatever you end up choosing, rest assured, you will be experiencing something new and amazing.

Be sure to check out James At Maverick Traveler