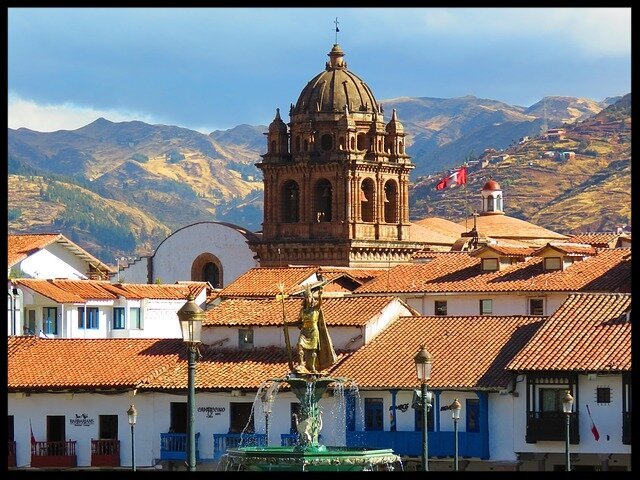 Located high up in the Andes Mountains of southeastern Peru. A very important destination for commodity travellers who want to take pictures with indigenous children and pose in front of Manchu Picchu, which is only a day trip away.

But jokes aside, Cusco is a charming town with friendly women and that, despite the hoards of tourists, has managed to maintain a sense of identity and authenticity.

It is fairly easy to hook up with girls in Cusco. However, due to that, it is also devastatingly unrewarding. Enough time in Cusco would turn Elmo into a nihilist. It’s too easy to lose sight of your goals here and descend into the whirlwind of sex and the twisted sense of self-affirmation that comes with it. And before you know it, you’ve spent six months here “learning Spanish” without an ounce of self-improvement to show for it.

But, if you keep a level-head you’ll have a great time. If girls in Cusco want to get to know you, they’ll let you know by staring and/or smiling at you. This is your cue to approach. If you know any Spanish whatsoever your work is basically done and you can throw it on cruise control for the rest of the night.

If you don’t know Spanish, as a gringo-hunter, they’ll probably speak English. Be a gentleman, buy her some drinks, dance, and if you ask her to come back to your place at the end of the night, she probably will.

If you dress better than your standard hippy backpacker, you will stand out in a good way and have no issues dating in Cusco. Short (5’5″ or less). Women in Cusco are beautiful, sometimes…but more often just cute. What they do certainly have going for them, however, is personalities! They are very sweet and caring, and very appreciative if you know some Spanish. Better get to learning the basics! Peruvian women are very sweet, and Cusco is no exception.

Several bars to choose from in Cusco, and open every day of the week. Unfortunately you’ll have to share it with the worse examples of hippie gringo tourists. But least there’s still fun to be had. Plaza de Armas is where all the action is. There are pubs, salsa bars, discos, sports bars, hip-hop and rock spots. Quite a good selection, but not the greatest company.

I recommend: El Muki or BajoZero. However, if you REALLY need to get laid in Cusco, head to Mama Africa, a truly foul place full of tourists and Cusco’s infamous bricheras (easy local girls who love gringos).

RENT AN APARTMENT IN CUSCO

$400.00 is a good baseline for renting here. If you find a place with a couple roomies, you can shave this cost down considerably.

COST OF LIVING IN CUSCO

The following data is from Expatistan a crowdsourced database of prices and cost of living around the world.

You will need a minimum of $766 USD/month to live in Cusco, Peru

Yes!…well kind of. Plenty of volunteer opportunities with NGOs helping out and teaching English and whatnot, but most are unpaid or will even cost you money to register. I met a couple people teaching English here. The gigs didn’t appear to pay well, but apparently they paid something.

A lot of swindlers and pesky little pickpocketing kids in Cusco, but nothing too sinister. It’s very unlikely that you will be a victim of violent crime here, but you may very well “lose” your cellphone. Be mindful of your surroundings, particularly in crowded streets or markets.

It’s a jumping off point to Machu Picchu. Two or three days is enough to see what you’ll want to see.

Interested in learning Spanish in order to meet women? Try Pick Up Spanish