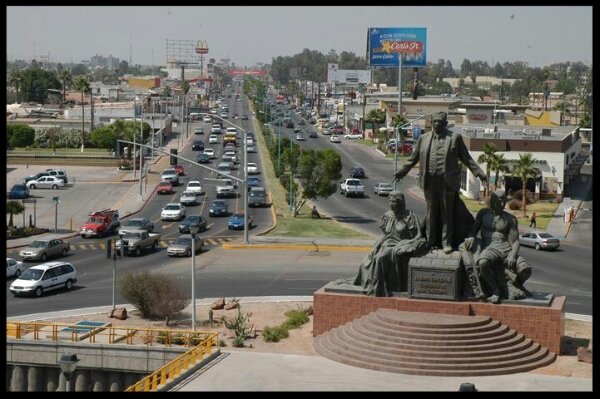 Ah, Mexicali. The border city that is occasionally cited as one of Mexico’s ugliest metropolises. Is it as bad as everyone seems to think? Well, it depends. It 40 degree heat doesn’t bother you, if you’re not arsed about a nice, picturesque colonial downtown and you’d like to be as close to the United States as possible, then you might be alright with living in Mexicali. It does have some positive things to offer. How is the cost of living? The food?

Read on to find out, my fine friends!

RENT AN APARTMENT IN MEXICALI

$600. Since it’s right on the border, you won’t find things to be as cheap as in the interior of Mexico. But, with the peso so low at the moment (2017), you should be able to find yourself somewhere to live for about $600 a month.

Not as good as Tijuana, but Mexicali’s large student population and American tourists crossing the border for a night of fun has generated demand. And, of course, as a border city, Mexicali does have strip clubs, if you’re into that sort of thing.

Taberna: Nightclub in the Primera neighborhood. Good set up with standing tables that make it great for mingling.

Mexicali is probably the safest border town in Mexico. For whatever reason, drug violence hasn’t erupted here like it has in Tijuana, Reynosa or Ciudad Juarez. I suspect that it’s because the Sinaloa cartel has this city so completely on lock so there hasn’t been much fighting for territory. Or maybe that information is outdated. Mexicali is a long way from Mexico City.

THINGS TO DO IN MEXICALI

Head to the beach! Ensenada is a 3 hour drive. Guaymas is close as well.

COST OF LIVING IN MEXICALI

You will need at least $719 USD/month to live in Mexicali, Mexico

A throughly un-charming city there is a decent nightlife scene. Are there better places in Mexico? Absolutely. Are there better border towns? Well, perhaps Tijuana. But overall, given it’s unfortunate geographic location (hot as hell and a chokepoint for drugs entering the US) Mexicali has done extremely well. Crime and violence are low and the quality of life beats the hell out of any other city on the border.

If you want some border town-fun without risking your life, Mexicali is probably the best and most underrated choice.