Which Latin American Country Has The Fastest Internet? 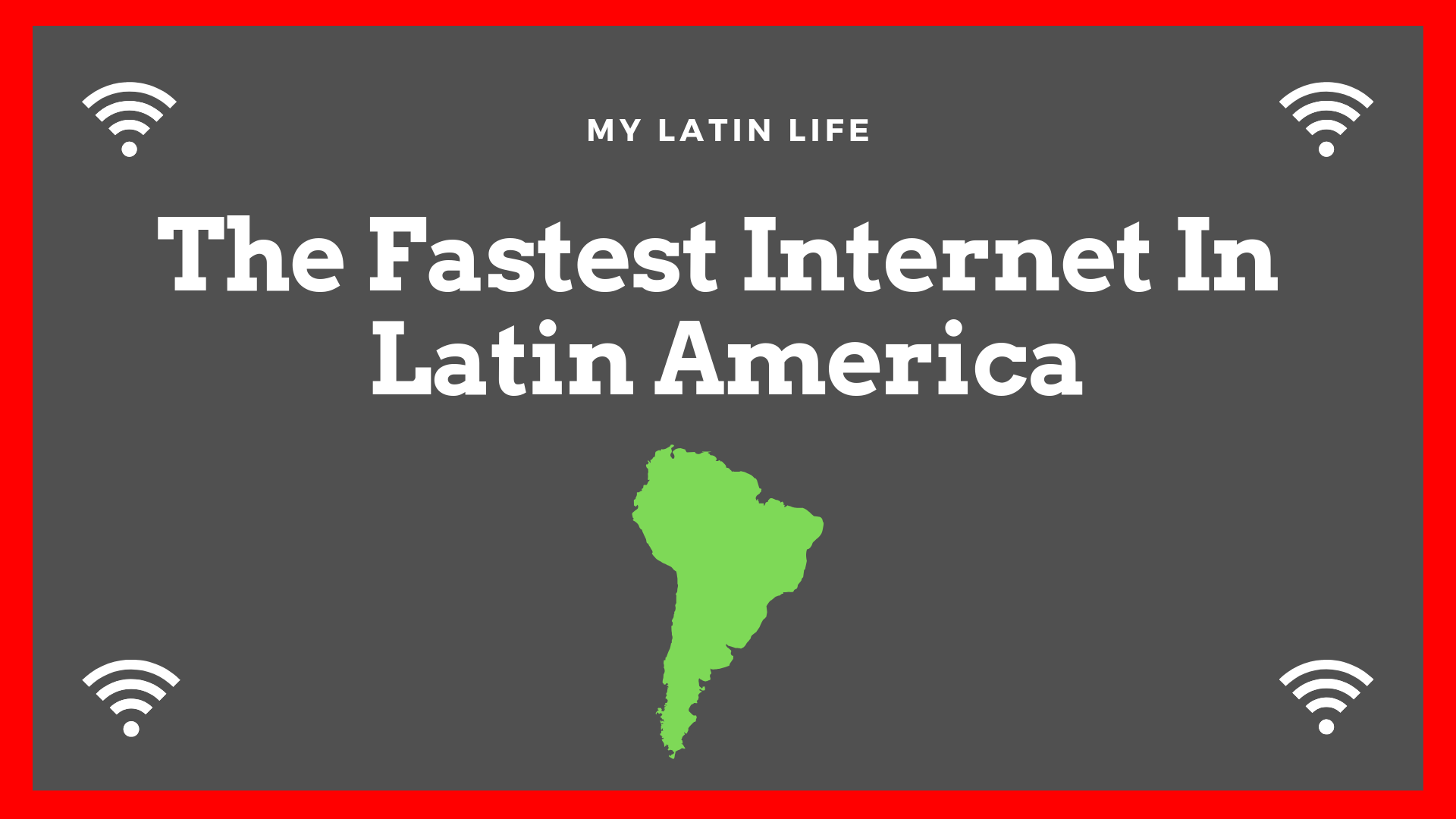 A quick, little one today.

Now, fast Internet may be something you take for granted – particularly if you live in North America or Europe. I for one have scarcely had a problem encountering a solid connection in my native country of Canada, whether in a coffee shop, a library or even the mall.

Unfortunately, things aren’t so peachy in Latin America in this respect. While I haven’t been to any Latin American country where the Internet was so bad that I couldn’t work, there have been a few countries where I’ve wanted to pull my hair out.

So, if Internet speeds are extremely relevant to your hobby or line of work, check out this list before booking any trips.

Here are the Latin American countries with the fastest Internet.

The Fastest Internet In Latin America By Country

Fortunately, Fastmetrics made a handy little graphic to help us out.

But, I assume you’re here because you’re interested in the Latin America side of things.

I’ll break down that part of the world for you.

The Winner Of The Fastest Internet in Latin America Is…

That’s right, folks. That tiny, little South American country that nobody seems to know all that much about comes in at numero uno for Latin America Internet speeds.

Here are the top 8 countries with the fastest internet in Latin America.

But Vance! Will I Really Notice That Much Of A Difference?

If you don’t know much about Internet speeds and/or don’t travel abroad frequently, I can see how this might concern you.

Having traveled to a number of these countries, I can say that the slower Internet speeds didn’t really bother me or prevent me from getting work done; indeed, if you’re headed to any one of the aforementioned top 8 Latin American countries with the fastest Internet, you’re unlikely to notice THAT much of a difference (unless you do a lot of downloading/uploading, that is).

Also, keep in mind that the above figures reflect average Internet speeds; if you’re planning to Rent An Apartment In Latin America, you’ll always be able to pay more if you want a faster connection.

One thing that has saved me a number of times while dealing with weak Internet in hostels and hotel rooms is a WiFi extender. They’re tiny enough that you can slip in into the pocket of a carry-on bag and it’ll snag that signal from two floors away and have you running like you were right next to the router.

Here’s the one I use. Nice and cheap and works like a charm.

You can buy it on Amazon Right Here.

And that’s all I’ve really got for you today, folks!

No sense in boring you with more words.

Bottom Line: Yes, Internet is slower on average in Latin America, but it’s not as bad as you might think.

Like I mentioned before, I’ve never had too much of an issue (aside from power outages and dropped connections…but we’ll leave the ranting for another post).

Whether you’re a blogger, a vlogger or Running An Online Store In Latin America, you should be just fine.

Thanks for listening, and I hope to see you all down here real soon.