The Best Cities In Mexico To Study Spanish 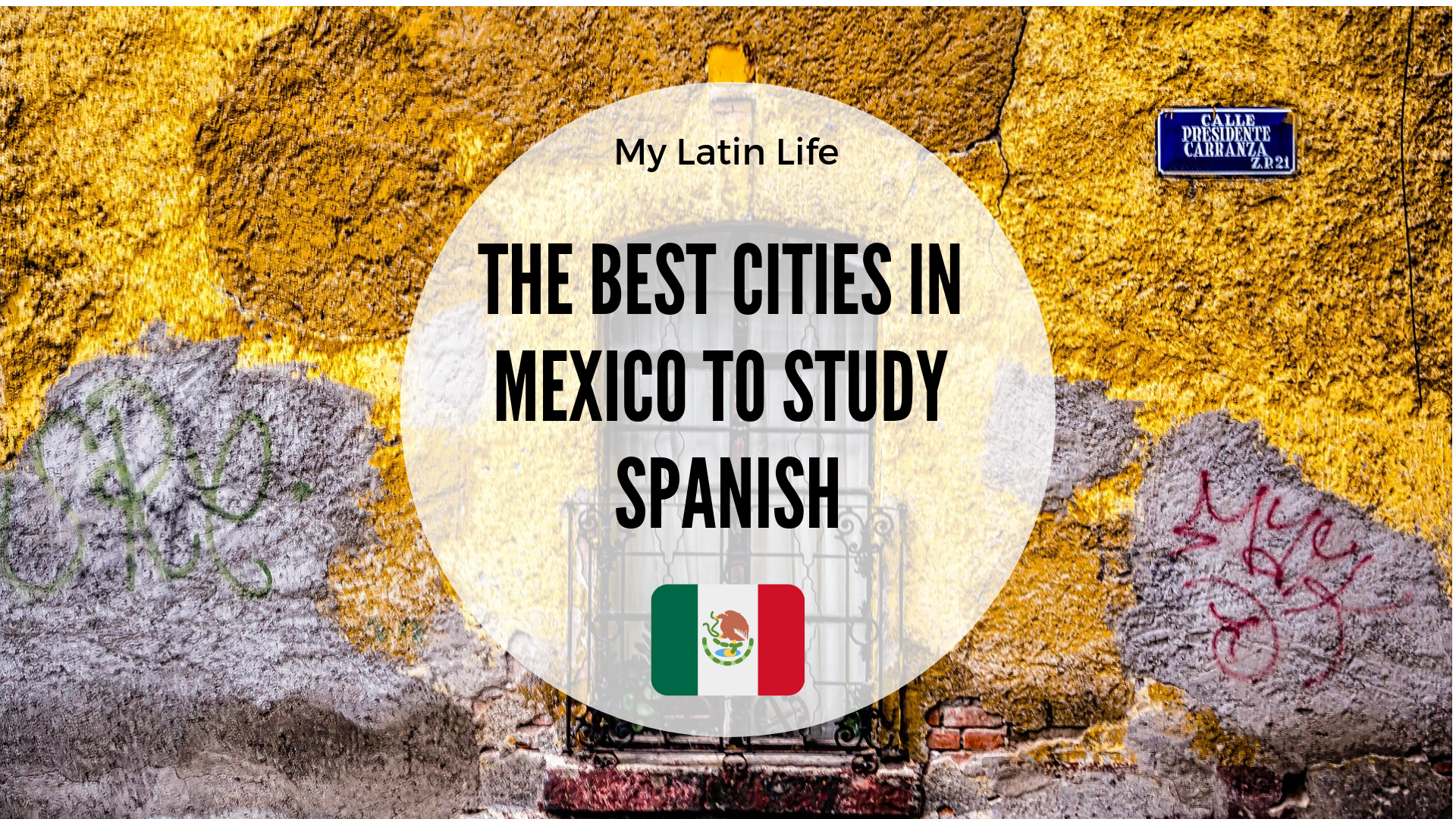 Today I’ll be talking about the best cities to study Spanish in Mexico.

Because if you dedicate 1 or 3 or 6 months to learning a new language, you don’t want to be stuck in a lame place.

Fortunately for you, I’ve travelled quite a bit in Mexico, and I’m more than happy to tell you which cities I think are best for nailing down your castellano.

The capital and largest city in the state of Morelos. About an hour and a half from Mexico City. With a population of about 350,000, Cuernavaca is just large enough that you won’t get bored too fast, but just small enough not to be intimidating for a first-time visitor to Mexico.

It has a large university student population, and English levels are fairly low, so you’ll be forced to practice!

Weather is more or less perfect year-round (like Medellin, some call Cuernavaca “the city of eternal spring”).

The city is picturesque, safe and very accessible from Mexico City (where you’ll probably fly in to).

You could do a lot worse than studying Spanish in Cuernavaca.

Morelia is one of Mexico’s hidden gems as far as I’m concerned (OK, not so hidden for Mexicans, but tourists almost never go there!).

A sizeable university population, nice weather (can get a bit hot in summer) and an impressive historic center. Like Cuernavaca, English levels aren’t great here, so you’ll have plenty of opportunity to practice your Español.

The state of Michoacan does have some drug cartel activity, but Morelia is somewhat of a bubble – it doesn’t often see violence. You should be just fine studying Spanish here.

Guanajuato is one of my favourite cities in Mexico. A colonial gem.

Guanajuato is a place full of history; full of charm.

It’s no surprise why so many foreigners choose to study Spanish here.

The town is very centralized and safe and has a very distinctive “Mexican” feel to it. Cobblestone streets, old buildings, tons of churches. Friendly locals, beautiful spring weather. I’ve never met anyone who didn’t enjoy their time in this town.

I highly recommend it.

If you’re reading to “jump in the deep end”, so to speak, and study Spanish in Mexico in one of the most chaotic cities in Latin America, come to Mexico City.

Mexico City holds all the benefits you would expect from a big city: plenty of schools, plenty of nightlife, plenty of food, museums, parks, cafes and bars.

However, this city can be overwhelming for some; traffic, pollution and noise isn’t everyone’s ideal study-abroad environment. That said, if you prefer that gritty, big city life, this place will wow you.

And if you’re worried about people speaking to you in English like they would in Cancun, don’t be – surprisingly few chilangos speak English.

Beautiful women and beautiful weather. That’s what Guadalajara is known for.

Jalisco is also the state of Tequila and Mariachi music!

How great is that!?

I’d recommend Guadalajara to folks who like big cities, but not megacities (i.e. Mexico City).

It’s a good compromise: a big enough city to have anything you could want, but not a city so big that it’s incomprehensible.

Merida is the capital and largest city of the Yucatan. With about 1,000,000 people, there is plenty to do here.

Weather can be a bit humid, but if you don’t mind that, this city proves a great option for studying Spanish in Mexico.

It’s one of the country’s safest cities, the food is top-notch and the nightlife hold its own.

…but that’s not the best part.

The best part about Merida is that it’s only three hours from Cancun and Playa del Carmen!

So, if you want to combine your Spanish learning experience with some beach time, this is the perfect city for you.

And Merida is remarkably cheap, so you can save your money for a luxurious beachfront vacation.

Without a doubt, one of the best places to study Spanish in Mexico!

Queretaro is one of Mexico’s safest cities, and one of the best places to do business in Latin America. Although its booming economy has attracted a fair amount of foreigners over the years, it still retains a very Mexican vibe.

Nightlife is solid, and the cost of living is considerably more affordable than nearby Mexico City.

Yet another fine choice for studying Spanish in Mexico.

Why Study Spanish in Mexico?

Why is Mexico one of the best places in Latin America to study Spanish?

First, its proximity to the United States (where most of my lovely readers hail from) makes it both cheaply and easily accessible.

Second, it has a lot of options. I can’t think of too many places in Panama or Nicaragua where I’d be happy planting myself down for a few months and studying Spanish. As one of the most populous countries in Latin America, Mexico has plenty of small, medium and large cities to choose from.

Third, it’s simply a pleasant country to live in. Weather is nice, people are welcoming, food is good and the culture is rich.

But Vance! What about the accent? I don’t want to speak Spanish with a Mexican accent!

For some reason, there’s a lot of talk on the Internet suggesting you should learn Spanish in a country with a more “neutral” or “clean” accent (Colombia, Peru and Bolivia are often recommended), so you don’t pick up some strange habits while speaking the language.

To me this is amusing for two reasons.

I’ll break it to you: no matter what country you choose to learn Spanish in, your accent will be gringo as f*ck (at least at the beginning, so don’t worry about that).

While it’s true that some accents are harder to grasp for English speakers than others (The Cuban and Chilean accent come to mind), where you choose to study Spanish and whatever accent they have isn’t likely to bleed into your pronunciation or progress all too much.

Well, there you go.

Some of my choices for the best places to study Spanish in Mexico.

If you’re still not sure, I recommend Googling/YouTubing these places to get a better idea of what the cities are like.

Or, you can just take my word for it.

Ole Vance has never led you wrong before, has he?

I’ll leave it there.

And, until next time.