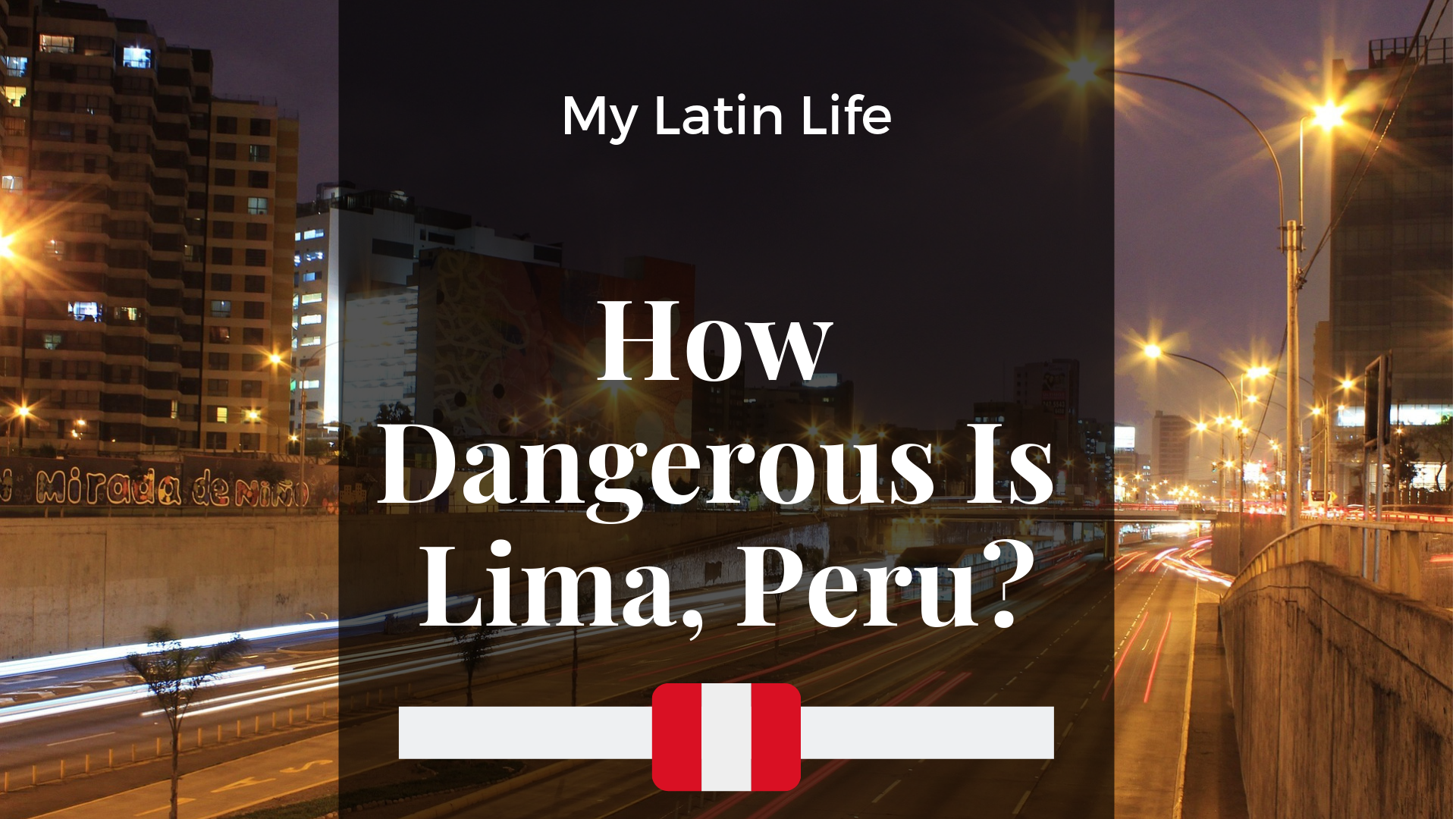 If you’ve landed on this article, I assume you’re wondering: is Lima, Peru safe?

And I’m going to get into all that!

But first, I’ll talk a bit about my “Lima credentials.”

In total, I’ve spent a year in Lima, Peru. And my experience was a little different from your typical digital-nomad-work-from-coffee-shop-and-never-leave-your-neighbourhood sort of deal.

Due to “The Business” I was required to spend a decent amount of time in a variety of Lima neighbourhoods, including, but not limited to, La Victoria, Surquillo, Lince, and Centro.

So, I got around a little.

Although I don’t know as much as a local, I certainly know enough to provide you with some tips if you’ve never been to the “City of Kings”.

To start, I’ll tell you about one particular quirk about safety in Lima that sets it apart from other Latin American cities.

The Most Interesting Thing About Safety In Lima

Being a big Latin American city, Lima does not have the best reputation for safety. And, no doubt, there a few barrios where you’d be lucky to make it out after sundown with all your belongings.

Lima does an excellent job of keeping its affluent neighbourhoods safe. This is true from both a statistic and anecdotal standpoint.

As far as affluent neighbourhoods in Latin America go, I have never felt safer than I have strolling through Miraflores, San Isidro or San Borja. There’s ample neighbourhood police and, well, nobody even looks dodgy. You won’t see gangs of street kids around here.

And speaking of police presence…

As far as I could tell, you can actually trust the police in Lima!

Whereas in Mexico City, if I’m alone at night and I see a group of police officers, I’m heading the other way lest they try to extort me for “public drunkenness” or some other kind of fabricated nonsense, in Lima, I was told that the cops don’t often take bribes. Allegedly, recent pay raises and anti-corruption efforts have been rather successful in cleaning up the police force.

The main thing you’ll need to watch out for in affluent areas of Lima is what are called “pepera” gangs: basically, people who slip a hardcore sedative into your drink in order to subsequently rob you…kind of like Scopolamine In Colombia. This can be dangerous. Some folks have overdosed and died after being drugged. Like anywhere, you’re going to want to keep a close eye on your drink and be wary of any gal who seems to anxious to get to know you.

In fact, I felt as safe in them as I do in Vancouver, Canada.

Rare to feel that way in Latin America.

***NOTE: Armed robberies of shops and restaurants DO occur in affluent areas of the city. No affluent neighbourhood in any large Latin American city is exempt from such things. However, as far as street crime goes (the type of crime that most concerns tourists), richer neighbourhoods in Lima are impressively secure.

What About Lima’s Other Neighbourhoods?

What about the middle class/poorer neighbourhoods, you ask?

Well, this is where Lima gets a bit more dangerous.

According to An Article From Last Year, these are the 10 districts in Lima that register the most crime:

A couple times a week, I’d go to La Victoria to visit a fabric market. Normally, I’d get dropped off right at the entrance of the market, but occasionally the access road would be blocked off, and I’d opt to walk about 5 blocks.

As you can see from the above list, La Victoria is one of the barrios with the highest crime rates in the city.

Let’s just say it’s not somewhere I would not want to be wandering around alone at night.

One thing I found interesting was Lima’s center, an area of the city where many tourists choose to stay. While the historic center and pedestrian streets felt safe, the surrounding streets of el centro felt anything but. Even during the day.

I was surprised to notice that the center of Lima felt decidedly more insecure than the center of Mexico City (still not as bad as Bogota’s, mind you).

So, Centro de Lima. Another area you may want to avoid at night (aside from the main plazas, which should be OK).

Callao is another rough area. Aside from la punta, a tourist attraction and affluent area of the district, you’re not going to want to mess around too much in Callao.

There are, however, some middle class neighbourhoods in Lima that are safe. I’d count Lince and Jesus Maria among these neighbourhoods.

How Does Lima Rank For Safety Among Other LATAM Cities?

Among other Latin American cities of similar size, Lima does pretty well (again, both from a statistic and anecdotal standpoint).

Statistics you can look up for yourself, if you like.

But, numbers on a page don’t do much for me.

So, here’s how I’d rank it based on my experience, a regular, old digital nomad/expat.

Take from it what you will.

And there you have it, folks.

A little insight regarding the question: “is Lima, Peru safe?”

Hopefully you got something from this that TripAdvisor or travel forums didn’t give you.

I’m pleased to say that I spent my year in Lima without incident.

And I’m confident that the time you spend there will be danger-free as well.

Don’t be like other tourists and skip the capital when you head to Peru – it has a ton to offer.

I’m willing to bet you’ll be pleasantly surprised by its quirky charm.