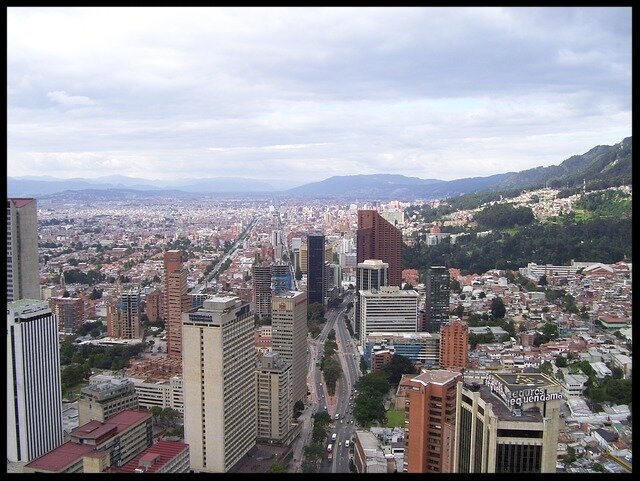 Bogota is the capital of Colombia. The third-largest city in Latin America after Sao Paulo, Brazil and Mexico City, Mexico. Over the years, Bogota has had to cope with an influx of migrants from the countryside looking for work, and as a consequence the city comes across as poorly planned and a bit chaotic in certain areas. However, it’s still a can’t-miss city if you come to Colombia. The women in Bogota are beautiful and welcoming, and the city has plenty to offer in terms of dining, dancing and entertainment!

Because it is a large metropolis, people are generally more liberal so there isn’t as much as a stigma against hooking up or dating in Bogota. The attitude and values of middle/upper class girls from Bogota are similar to middle/upper class girls from Mexico City (read: more liberal, more independent, more career-oriented), but Rolas are a bit harder to bed than the Chinlangas in Mexico. This is because there is less intermingling between groups in Colombia than there is in Mexico. Also, as a stranger, girls are more paranoid of you in Bogota than they are in D.F. Students will be more receptive to your foreign status, and if you befriend some of the gay guys in Chapinero, you’ll be able to run the town.

Would you like to meet some sexy Colombian girls from the comfort of home! I highly recommend Joining Colombian Cupid — it’s the best way to meet women from Bogota online. There are plenty of cute, hipster students peppered in with high-society stunners. The hottest girls you will see as a short term tourist will likely be in Chapinero. La Candeleria is good for mingling as well, but you’ll have to deal with more gringos and little gringo-hunters (although maybe that’s a good thing, depending how you see it). Overall, Bogota doesn’t have the best looking girls in Colombia (I’d give the crown to Medellin), but it is still above-average. It’s all relative. And women in Bogota are among the best out of any city of its size in Latin America.

Bogota girls blew me away on nearly every level. They are intellectual, beautiful, refined and often worldly! In terms of personalities, girls in Bogota are far more interesting and complex than women on the coast of Colombia or in Medellin. Keep in mind that many will be educated, and will be looking for a man with some smarts! Being too aggressive here won’t play all that well. Keep things respectful, intriguing and be patient, and I’m sure you will have your share of success with Bogota girls.

RENT AN APARTMENT IN BOGOTA

$500.00. You can find places for less, even in La Candeleria, but in north of the city, $500.00 is the least you’re going to pay for an apartment. Some good deals can still be found in Chapinero, about 4 km from the Zona Rosa.

Slightly dangerous. Don’t believe any hype about Bogota being as safe as any other major Latin American city. It isn’t. You need to be extremely careful in certain areas (I wouldn’t recommend even going to south Bogota unless you’re familiar with the area), and I don’t advise walking alone at night.

Like Medellin, an overwhelming number of nightspots in this city. To make this massive ciudad more digestible, I’ll recommend three areas that are relatively close to one another: La Candeleria, Zona Rosa and Chapinero. La Candeleria is touristy, Zona Rosa is upscale and Chapinero is popular among university students. Pick a bar according to your tastes.

I recommend: El Chango Bar. I highly suggest this place for mingling and meeting people.

COST OF LIVING IN BOGOTA, COLOMBIA

You’ll need a minimum of $964 USD/month to live in Bogota, Colombia

A very hip and modern city. However, not everyone will like it. Bogota suits a particular type of person. For instance, a person who loves New York, Mexico City or Toronto will probably love Bogota. If you are a big city type, somewhat business-oriented, don’t mind cold weather, and speak Spanish fluently, there’s a good chance you’ll be well-suited to Bogota. Or, if you are planning to relocate to Colombia and don’t have experience living in a massive city, I’d suggest a few months in Medellin or Bucaramanga first. If  you’re just visiting Colombia, though, definitely take some time to check out this city.

Want to chat with women in Bogota today? Use Colombian Cupid