The 7 Most Interesting Markets In Lima, Peru 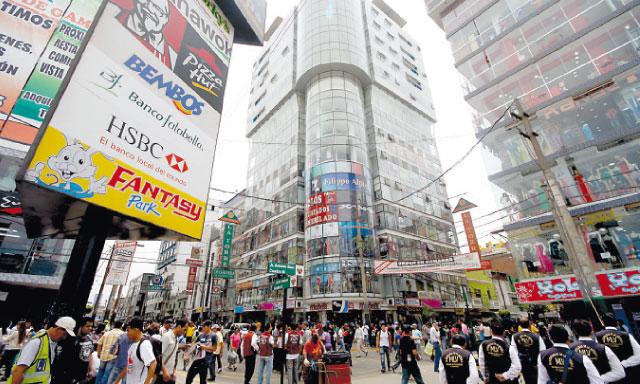 And now for something slightly different.

I don’t usually write about things that are easy to find on TripAdvisor or Lonely Planet.

One, because I’ll never beat them in Google, and two, because the kind of information asked on those sites is generally easy to find in 100s of other places on the Internet.

But when I searched “best/interesting markets in Lima”, what popped up was, frankly, a bunch of bs. The top results list bland, overpriced markets targeted at tourists that are in no way, shape or form the best or most interesting of Lima’s capital.

There are a couple factors that make Lima a paradise for market-lovers. First of all, commerce is very centralized in Peru. With a population of over 9 million, Lima is home to about a third of the country’s entire population (the next biggest city is Arequipa, with just under 1 million inhabitants). Second, Lima lies on the Pacific Ocean. Virtually anything that enters the country will do so through Lima’s port of Callao. So, whatever enters Peru will do its time in Lima (and more than occasionally, things will get ‘lost’ in Lima on-route to somewhere else).

This type of set-up isn’t true for all Latin American cities. For instance, Mexico City is also massive, much more so than Lima. But, even when considering its entire metropolitan population (about 20,000,000 people), the capital comprises only about 15% of the country’s entire population. It’s also inland. Kind of like Ciudad del Este, Paraguay.

Any imported goods that arrive in Mexico will do so through ports (e.g. Michoacan, Veracruz, Colima, Tamaulipas…) after which they must be transported to the capital. Same goes for Colombia, with the city of Buenaventura handling most imports before being sent to the country’s larger cities, namely Bogota, Medellin and Cali.

But Lima? Nah, that stuff lands straight in the capital ready to be sold to 9 million of the country’s 30 million inhabitants. Combine that with a business-friendly government and a growing economy and you got a recipe for some FIRE markets.

What follows is a list of some of the more interesting markets in Lima, where you can get everything from leather belts to stolen databases.

It’s important to note that not all of these markets are safe. A few are located in unsavoury areas of town, places where you might want to bring a local or two along with you. I’ll be sure to point these ones out.

Location: In front of Centro Civico

If you have a business, you can get all your marketing and branding material taken care of here at the Centro Comercial de Lima. And I mean ALL of it. Bags, containers, stamps, engraving, packaging, stickers, etc. Anything that a company requires for merchandising. Custom made, fast and affordable.

Not dangerous – you shouldn’t have to worry about being robbed here.

Clothes, clothing accessories, shoes. Things in that vein. Not exactly thrilling if you’re not into fashion, but with the large selection you should be able to find something you like. A lot of the clothing donations to Peru end up here and are sold off for cheap.

The main appeal of this market is its vintage clothes. You know how in the United States you can find unique, old clothes at places like Value Village, GoodWill or Salvation Army? Latin America doesn’t have many stores like that. In Lima, Grau is the best option for finding unique pieces to add to your wardrobe at rock-bottom prices.

Safe. Although I wouldn’t wander around here too much at night.

*UPDATE: Colin Post of Expat Chronicles, who has lived in Lima for a long time, mentioned that Peruvians have been robbed around here. So, be vigilant.

Better known as “La Pared Verde” or, “The Green Wall” due to the market having, well, a big green wall on the outside. Inside the building is where you get can get everything related to office stuff. Printing, paper, business card, signs, billboard ads. Basically like Office Max or Staples but way more stuff and way better prices.

On the block beside the building (on Avenue Wilson), you can find databases, computer programs and games and all sorts of other electronic information goodies of dubious origin.

Safe. Downtown, but not a seedy part highly populated. You shouldn’t have any issues.

Azangaro is the place to go to get your fake documents. Passports. Identification cards. Forgeries. That kind of thing. Also, you can get very cheap printing done here for things like invitation cards. Your girlfriend’s sister has a Quinceanera coming up? This would be a good place to get some invites drawn up.

I suggest coming here with a local – this is not a safe area of town.

Lima’s most infamous market. This is where all the people who steal  stuff go to sell what they’ve stolen. For cheap. You can find jaw-dropping deals here, but only if you come early on Sunday mornings (weekends are best for stealing, I suppose).

It’s important to note that Tacora is in a very dangerous area of the city.

As of 2017, the Local Authorities Have Evicted Many Unauthorized Vendors from Tacora, suggesting they might be cracking down on the illegal trade that occurs here.

Fortunately, if you want to see the type of goods that flow through Tacora without risking your wallet (or life) by actually going, there’s an alternative option. Vendors in la Cachina de Surquillo buy from Tacora. No official sign – basically just a street with a bunch of antique stuff. Hard to miss. There are some very distinct items. You’ll pay a huge markup of course, but it’s much safer (I lived not far from here and never had problems).

All things leather. Shoes, backpacks, wallets, belts, jackets etc. Super cool. Whatever you’re looking for. Prices are good if you’re buying quantity. Trujillo is still the hub for leather production in Peru, but if you don’t feel like leaving town, come here.

Also there is a huge fruit market right next door. Very good prices for fruit. This where juice vendors on the street buy their fruit from. One of the best things about South America is all the unusual fruit you can buy.

More tourists should care about fruit.

Best of all, these markets are easily accessible from the metro line in Miraflores (where you’ll probably be staying while in Lima).

The area looks unsavoury, but it is not particularly dangerous.

Likely Lima’s most famous market. There is nothing like it in Latin America that I know of. Everything having to do with clothes. EVERYTHING. Fabric, manufactures, B2C, B2B. If you deal in clothes, this massive market has got what you need. This is the one market I’d say you must see if you come to Lima. Even if you don’t plan on buying anything, it’s worth the experience.

Although the picture makes it look intimidating, inside the market you will be safe. The vendors work hard to make sure nobody is robbing people. Bad for business and whatnot. However, if you venture into the neighbourhood outside market limits, only God can help you.

If you find yourself in any major Latin American city, I highly suggest checking out some markets that aren’t frequented by tourists. Anything not in a guide book is a good place to start. Visiting markets is one of the best way to get an insight into trade and commerce in a particular country. While I won’t say it will give you an “authentic local experience” (whatever that means) it will definitely be something you won’t forget.

Although it isn’t likely to pop up in many “Best Cities For Cool Markets In Latin America” lists (if there are such lists…), I can say that Lima is top drawer as far as interesting markets go.

…then you should certainly check out some of the above recommendations.

Who knows, maybe you’ll Hit Upon A Business Idea.

This is a scheduled post, so I’ll probably be around Lima when it publishes. If you feel like hitting some of these places with me, shoot me an email.

And until next time,