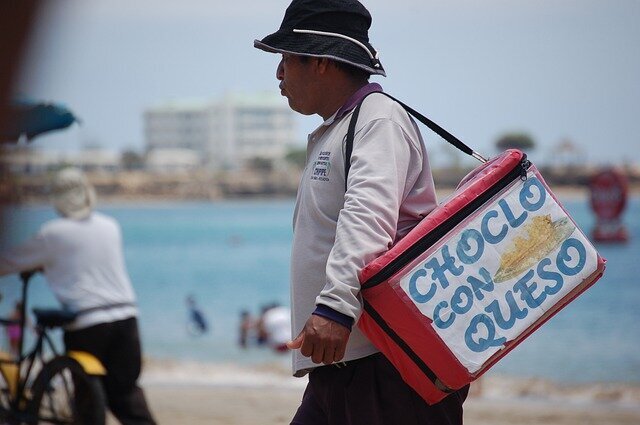 
Like Manta, Salinas is a popular beach resort city on Ecuador’s coast.

In the high season, it gets very crowded (majority of people being Ecuadorian tourists). Salinas is very popular with people from Guayaquil, which is only 150km or 2.5hr drive away. You’ll see people from Quito as well, but the majority will be from Guayaquil.

Salinas is a relatively safe city. The only things you’ll need to look out here is petty thieves and obnoxious drunks (in the high season). Don’t consume too much alcohol and don’t travel alone by foot long distances at night to avoid being a target.

HOW TO GET TO SALINAS

The most common way to get to Salinas is by driving or taking a bus from Guayaquil. It’s only a 2.5 hour drive and a relatively straight shot. Guayaquil is super hot and humid, so people love heading to the coast for a nicer climate. Buses to Salinas leave from the Guayaquil Bus Terminal (el Terminal Terrestre de Guayaquil). The bus terminal is right near the Guayaquil International Airport, which is convenient.

Hit the beach! Nearby beaches are decent for surfing.

RENT AN APARTMENT IN SALINAS

You can rent something basic in Salinas for $400/month.

COST OF LIVING IN SALINAS

You can get by in Salinas for $1200/month. We don’t recommend a budget of much less than this per month.

Not many. There is a small surfing scene here, so if you are a talented surfer, you may find work as an instructor.

IS THERE UBER IN SALINAS

No, UBER does not operate in Salinas.

IS SALINAS A GOOD PLACE TO LIVE?

Salinas may be a good choice for the expat looking for a smaller beach city than Manta.

However, Salinas can get crazy busy in high season, and extremely quiet in the low season. It’s extreme in that sense. Although we don’t find this ideal for living, you may be OK with it. One benefit of Ecuador is you can get residency with a $40,000 bank deposit and live here for the long term.

One benefit is that, if you buy property, you can make some money renting it out at a premium during the high season.