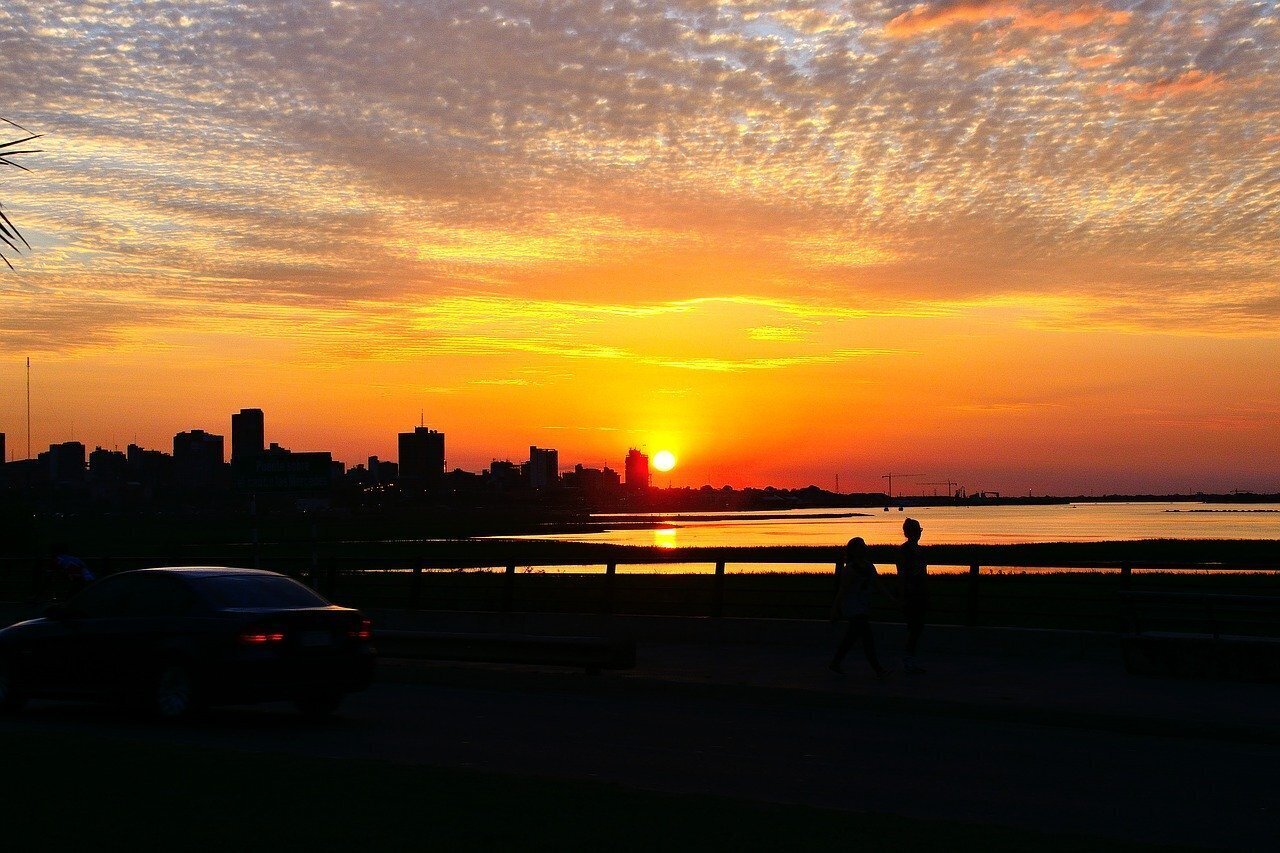 Ahh, Paraguay. The overlooked nation smack dab in the middle of South America. I had the good fortune to visit Asuncion this year for a chunk of time, and I’m here to be your travel guide!

Asuncion is Paraguay’s capital and largest city. Along with Ciudad del Este, it is one of the country’s biggest economic hubs. The city is notable for its nature (it’s really green!), young population and laid back atmosphere.

LEVEL OF ENGLISH IN ASUNCION, PARAGUAY

First of all, you’re going to need to know how to speak Spanish. Few Paraguayans speak English — due to its proximity to Brazil, if a Paraguayan is going to learn another language besides their native Spanish and Guarani, it’s going to be Portuguese. If you come here with zero Spanish, you’re going to have a tough time communicating with anyone.

THINGS TO DO IN ASUNCION, PARAGUAY

Costanera de Asuncion: A popular jogging and get together spot.

Paseo Carmelitas: the bar and nightclub district. Plenty of venues to choose from.

Learning Spanish is important. English levels will be pretty low. The accent in Paraguay is very unique.

RENT AN APARTMENT IN ASUNCION, PARAGUAY

Apartment rental prices in Asuncion can be…confusing. By all accounts, the real estate market is a bubble (due to money laundering). Based on the low cost of everything else in the city (food, transportation, etc), you’d expect apartment prices to be lower. Prices drop drastically the further outside the city you get.

I have it on good authority that you can rent an unfurnished, one-bedroom place in a decent area for about $350/month. But don’t expect to pay less than that.

Set your budget at around $500/month to rent a basic furnished apartment here in Asuncion.

If you don’t actually need to be in Asuncion, rent is much cheaper in the suburbs and it’s usually quieter. If you’re looking for nightlife you probably won’t find it though.
Recoleta, Villa Mora, Mburucuyá, and Carmelitas neighborhoods are where you’ll find most foreigners and digital nomad. If you want to save money but still want to be closer to the center of the city, Barrio Jara might be a good compromise.

Although Asuncion is smaller than many other Latin American capitals, its nightlife packs a punch!

It particularly has a strong rock and reggaeton scene.

Bars are clustered around a few main areas: Centro, Paseo Carmelitas and Paseo la Galeria (more for after work drinks). And, similar to Bogota, Asuncion has its local neighborhood watering holes. Usually a small restaurant/bar with a familiar, Cheers-like feel.

There are enough options to keep you busy for awhile, but it’s not a city where you can visit a different bar every weekend for months on end — eventually you’ll run out of options. Most locals frequent maybe 3-5 bars maximum.

I recommend: Paseo Carmelitas. Take the path of least resistance! This is the go-to place to party in Asuncion, with a plethora of bars and nightclubs in which to wet your whistle.

A perk of Asuncion is that it is a safe big city by Latin American standards. Violent crime and crime against tourists is rare here.

That said, it would be remiss not to mention a couple safety concerns in Asuncion.

First off, motochorros. These are thieves that work in pairs on a motorcycle to rob unsuspecting victims of their bags, backpacks, cell phones etc. It’s likely the most common form of theft here. I strongly suggest not walking the streets of this city with your cell phone in hand. Bored waiting for a taxi or bus? Don’t take out your phone!

Discrete theft is also common. Keep your backpack in your lap while in a cafe or restaurant, particularly if your outdoors.

A third common type of theft here is property crime. Breaking and entering, robberies. Things like that. This likely won’t concern you if you choose to rent an apartment — such crime is much more common with ground-level houses.

Aside from that, you’re all good! Safety isn’t a huge issue here. Take Ubers at night as opposed to walking and keep an eye on your belongings and you should be a-ok.

COST OF LIVING IN ASUNCION

You’ll need a minimum of $864 USD/month to live in Asuncion, Paraguay

HOW TO GET TO ASUNCION, PARAGUAY

The Argentine city of Formosa is only a 2.5 hour drive. The Paraguayan city of Encarnacion is a 6 hour drive.

Asuncion is a quaint, charming capital. I enjoyed myself here. It’s affordable, has plenty of green spaces, and the people are among the friendliest I’ve ever encountered in Latin America. If you’re looking for somewhere low-key, laid back with a low cost of living, Asuncion might fit the bill.

That said, it’s worth noting that many foreigners I’ve talked to who’ve been here are lukewarm about the city at best. Complaints included oppressive heat, expensive flights, relatively poor infrastructure and even poor selection in supermarkets!

This is a place that hold’s intrigue to male tourists because its ‘undiscovered’ ie, not overrun by young gringo tourists. It’s a hidden gem where you can live off $500/month if you really want to.

Unless you have a specific interest in the country of Paraguay and/or its history, I’d venture to say that most of my readers would probably be happier elsewhere in Latin America.