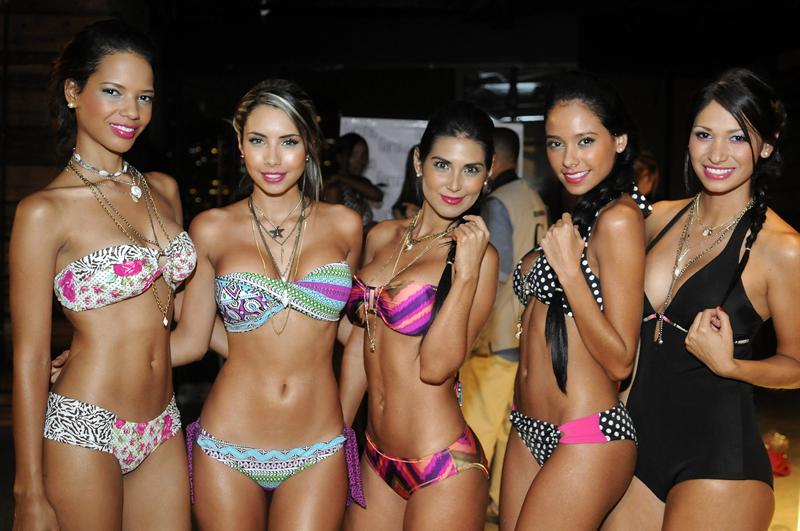 If you’re familiar with the site, you’ll know that I Recommend This Site A Lot.

It’s an excellent service, and I truly believe it is one of the best ways to meet Colombian women, both inside and outside of the country.

However, although CC used to have a huge market share, other apps have since exploded in popularity down here in South America: Bumble, Badoo and Tinder, to name a few.

This begs the question:

Read on for this year’s Colombian Cupid review!

The Benefits Of Using Online Dating in this Country

It’s prudent to first address the benefits of using online dating in Colombia.

I’ll tell you about how I finally bit the bullet and decided to use this app.

Prior to visiting Colombia, I had visited a number of Latin American countries — basically, every country north of it. And I wasn’t haven’t the success with women that I wanted. I had heard of online dating (this was back around 2013, so it wasn’t as mainstream as it is now) but I was hesitant to cross that line.

Here’s why I did.

I was finding that I was wasting a lot of time trying to meet women, only to find out we couldn’t communicate! If I approached a girl at a bar or during the day, my first question was “do you speak English?” If not, the interaction didn’t go too far. And I found I was running into a lot of girls who didn’t speak English.

With online dating, I figured I could pre-screen girls who spoke English and arrange to meet up with them rather that rolling the dice by trying to meet someone elsewhere.

It’s always been difficult for me to approach a woman on the street or in a nightclub or bar. I still do it, but I never feel entirely comfortable. That said, after that initial interaction, if I can break the ice and engage in a conversation, I can usually make a good impression. I figured online dating was a good way to “skip” this first step, and dive straight into what I’m better at.

3. I could arrange dates before I arrived in the country.

For me, the main selling point of Colombian Cupid — the thing that convinced me to buy — was the fact that I could meet countless women and set up dates before I even arrived in the country! And it worked like a dream. The time and effort I saved was immensely valuable, as I was on a tight travel schedule. Not only that, I was able to see parts of cities I would never have otherwise thanks to some of the women I met on the app.

So, how does it work?

Fortunately, Colombian Cupid is quite intuitive. It has an incredibly simple user interface.

Enter your name and email address to sign up for an account (completely confidential), answer some questions about who you are and what you’re looking for, upload some photos and voila!

After signing up, you’ll be able to browse thousands of Colombian girls. I mean, literally thousands.

However, there’s a small catch…

Although it’s free to sign up, in order to send messages and respond to those you’ve received (and you WILL receive messages), you’ll need to pay.

It’s a small fee, and the return on investment is well worth it, but I understand it will be a turn off for some.

I suggest Signing Up For A Free Account and thoroughly browsing the site before deciding to open your wallet.

I don’t want to bullshit you with this Colombian Cupid review and tell you to dive in without doing research.

Nah. Take your sweet time browsing the free account before you decide on anything.

You’ll likely find that a paid account is worth the additional features provided. Not to mention, if you’re in it for the long run, if/when you decide to sign up for a paid account for full access, if you do so for 12-months you’ll enjoy a nice little discount on the monthly fee. That’s the way I do it with my account – since the fee is nominal anyway and I always plan on meeting Colombian girls since I’m in Latin America most of the year, I’m never without it.

No Colombian Cupid review would be complete without mentioning the competition.

So, who are the other main players in online dating in Colombia?

Well, there are two primary ones: Tinder and Badoo

Let’s talk about them, shall we?

Tinder is perhaps the best-known dating app in the world.

And it works incredibly well for Meeting Women In Colombia.

Tinder has a ton of users, and boasts the most attractive women out of any dating app in Colombia (in my opinion). It’s definitely worth signing up for an account.

However, it’s not without its flaws. Although it has tons of users, a huge percentage of them will either be inactive, or using the app for self-promotion. You’ll see a lot of “Follow me on Instagram” descriptions on Tinder.

These girls will never respond to messages, let alone meet with anyone.

Another problem is that, because the app is free, it’s not taken as seriously by its users. You’ll be pursuing a lot of false leads before you find someone willing to meet you for that drink or dinner date.

If you only have a period time in the country, you’re not going to have time to deal with this flakiness.

On Colombian Cupid, this is much less of an issue – for the most part, girls who respond to your messages are anxious to meet-up. They understand that that is, indeed, the point of the service.

Final thoughts: Use both. But invest your time in Colombian Cupid before Tinder. Use Tinder casually, like when you’re waiting for a taxi or using the bathroom.

Badoo will be your other top choice for online dating in Colombia.

It’s the worst of the three.

The quality of the women are lower and there are a lot of fake profiles you’ll have to sift through.

The reason it makes the list is simply because it’s one of the dating apps here that has the most users. But this is largely due to its past success expanding into Colombia. With Colombian Cupid and Tinder taking over, Badoo has pretty much died.

That said, feel free to give it a try. Just don’t pay for any upgraded account, because it is far from worth your money.

What Is The Best Dating Service in Colombia Today?

A tie between Tinder and Colombian Cupid.

It’s much easier to meet women and hook-up with them on Colombian Cupid, but I’d say that Tinder has more attractive women (a matter of opinion).

Also, the free version of Tinder is much more generous than the free version of Colombian Cupid – you can be completely fine using Tinder for free (unless you want to meet girls before you arrive in the country…for that you will need to shell out money for Tinder Plus).

In short, Colombian Cupid is more time-efficient and easier than Tinder, but Tinder has prettier girls and can be free.

I opt for Colombian Cupid while in the country simply because I hate wasting time on false leads. However, if you’re staying for a few months in the country, you might not find this to be as big as an issue.

Will Colombian Cupid Work For Everyone?

As a young man, I had smashing success on Colombian Cupid. And I saw my older friends (40+) kill it as well…often even more so than myself.

I will say that Colombian Cupid has more women in the 25-35 range, whereas Tinder is mostly the 18-25 range. Initially, I thought Tinder would be my go-to because it served my age demographic at the time, but I soon realized how many of the girls on the app were time-wasters.

In a matter of about a week, Colombian Cupid became my go-to, and I made a lot of incredible memories because of it.

If you’re 30 or above, and don’t mind women your own age or slightly younger. Use Colombian Cupid instead of Tinder. It’s simply a better return on investment.

While the usability of the app is very straightforward, there are some nuances to use the app to its full potential.

First off, download the app at least a month before you plan to go to the country. This will give you time to filter out the girls you’re interested in meeting when you finally arrive to the country.

Second, fill out your profile completely! And select some nice looking profile pictures (more than one).

Third, don’t be afraid to message multiple girls. The best part about this platform is the sheer number of beautiful women on it. Don’t feel you need to limit yourself to one. Remember, you’re filtering. It may take a few days of messaging to find out which girls you connect with.

Forth, if you find you’re getting along with a girl, it’s best to get her off the platform by asking for her WhatsApp number. It will give you guys a more direct line of communication, and it’ll also build some trust!

Fifth, about a week before you’re set to arrive in the country, start asking girls out on dates. If you plan things beyond a week, a girl will be more likely to cancel. Something may come up. By now, you will have decided on some girls that you like. Start suggesting dates at coffee shops, bars or parks close by to where you intend to stay (you can check this on Google Maps…gotta love technology!).

Alright, so I didn’t get into the nitty gritty of navigating Colombian Cupid, but it’s incredibly simple to use. I didn’t see much point getting into the technical details.

I just wanted to tell you that, yes, it does still work in the year 2021! And it works exceptionally well.

I won’t sit here and say that it blows away Tinder, because it doesn’t. It really depends what your goals are, how long you have in the country, your tastes, your level of patience etc.

What I can tell you, though, is that you can’t go too wrong by using both.

If you want to try Colombian Cupid for free to start, click the button below!