The Dangers Of Going “Full Latino” 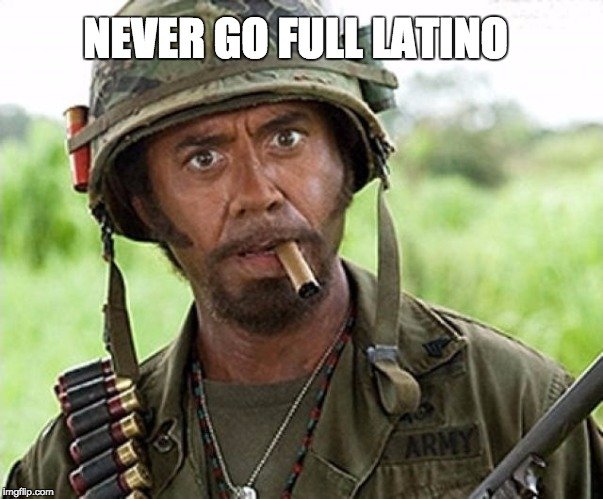 Not a story in the Alice and Wonderland sense of the word, but rather a cautionary tale: a few words of warning for anyone wanting to travel or live in Latin America.

The advice contained in this story is counterintuitive to what most people think it takes to fit in and adapt to a foreign culture.

The Story of Benjamin

My first year living in Mexico, I largely avoided the expat crowd.

I knew that if I had a group of foreigners to use as a crutch, I wouldn’t bother to learn Spanish and would be more reluctant to leave my comfort zone.

However, after awhile my views changed. I wanted to gain new perspectives. I wanted to see what other foreigners like myself were doing here and what they thought of the country and culture.

As luck would have it, my new roommate was heavily involved with the expat crowd and frequently went to group meet ups in the neighbourhood of Condesa.

It was at one of these meet ups that I met Benjamin.

My first impression was one of a wide-eyed, optimistic and politically correct American (pretty much the norm for expat meetings, and my main reason for avoiding them).

However, one thing immediately set Benjamin apart from the other foreigners at the event.

By that I don’t mean he was wearing a sombrero and sarape. No, it was more subtle than that. Like the way a young, yuppie upper class Mexican dresses in Mexico City.

Initially, I thought that this might be a coincidence – after all, non-Mexican guys wear similar clothes on occasion.

But then something else happened.

Upon being introduced, Ben started speaking to me in Spanish.

I indulged him for awhile until it began to feel ridiculous.

“OK. How about we speak in English.”

Ben proceeded to tell me about how he worked in a restaurant in San Diego and fell in love with Mexican culture. He decided to get his TEFL certificate and come down and teach English. He was 6 months in and absolutely loving it, taking Spanish and Salsa classes on the regular.

Throughout the conversation, Benny would switch back and forth from English to Spanish, peppering his phrases with Mexican slang like “no mames” and “que chido.”

I was just about to excuse myself when the conversation took an interesting turn.

I looked at him, quizzically.

“Yeah. I mean, I’ve had plenty of first dates but it always seems to end after that. Girls here are flakey.”

As much as I wanted to laugh in his face and tell him how wrong he was, I decided it wouldn’t be very polite.

Then, I excused myself from the conversation.

It would be a few weeks before I’d see Benjamin again. My roommate invited me to a house party at his old apartment.

“It’ll be a mix of foreigners and Mexicans. Should be cool,” he told me.

I walked up to the terrace of the apartment, where I could hear Salsa music blaring.

Then I noticed Benjamin effortlessly twirling a Cute Mexican Girl to the beat.

“He seems to have integrated well,” I thought.

I mingled for an hour or two before a partygoer with a microphone announced that Karaoke would be taking place.

Benjamin was the first to volunteer.

He got up and started singing a popular song by the Mexican band Los Angeles Azules, and did so in perfect Spanish.

The girl I was standing beside cheered and said to me, “He’s so funny, he’s like a payaso.”

Ben finished his piece to laughter, cheers and thunderous applause.

A little while later Ben and I were talking and he confided in me that he was interested in a girl. I happened to have met this girl earlier and said I’d try to help him out.

I approached her and eventually asked what she thought of Benjamin.

I asked her to elaborate.

“I don’t know…it’s like he wants to be Mexican or something. It’s weird.”

I glanced over at Benjamin in his tucked-in Ralph Lauren shirt, speaking rapid fire Spanish with exaggerated hand motions.

Benjamin’s status of full Latino was confirmed to me again after a piercingly accurate description from my roommate.

Problem is, nobody wants to bang the jack-in-the-box.

And, women aside, this is exactly the type of guy who gets taken advantage of down here; the dude who always gets left with the bill at the end of a meal or a round of drinks.

Benjamin had turned himself into a caricature.

Remember the girl’s description of him?

“The guy who was singing.”

Benjamin had turned himself into “the singing guy,” “the dancing guy,” and/or “the American guy who talks like a Mexican guy.”

Remember that white dude from your high school that pretended to be black?

Well, Benjamin was the Mexican equivalent of that guy.

All of a sudden, Ben’s problems with girls became crystal clear.

How to Avoid Going Full Latino

It’s truly a shame about Benjamin. He’s a decent looking guy, speaks Spanish, can dance and clearly knows how to have fun.

But he lacks moderation.

And he lacks selfhood.

1) Maintain a sense of pride and identity

You have a country and a culture. Embrace this. Don’t flaunt it, but don’t neglect it. There is nothing more depressing than someone who talks about how much they hate their birth nation.

“People are so intolerant.”

“People are cold and diffident.”

“Mexico is wayyy better than the United States!”

It’s not a good look.

Don’t get me wrong, show respect for the country you’re in. Recognize the positive aspects of the culture. Try to speak the language and acknowledge and accept the customs: you are a guest, after all.

But don’t forget where you came from.

His effort to adopt Mexican culture and vernacular came off as desperate and unnatural. This made him impossible to take seriously.

P.S. Also, don’t pander. For instance if I’m in Colombia, I don’t pretend to like Aguardiente (the local liquor). This is because, objectively, Aguardiente is bad. Don’t be afraid to tell them this. They’ll respect you more in the long run :).

2) Have fun and be positive, but don’t be a clown

There is one thing I envy about Benjamin, apart from his superior Spanish skills. And that is his shining optimism and ability to enjoy himself. I’ll admit, it takes me awhile to get warmed up (and usually more than a few drinks) before I start being social and having a genuine good time.

Problem is, Benny takes it a bit too far. His enthusiasm is so over the top that people come to see him as a joke. His constant dancing and loud, obnoxious laughter kind of leaves a “chicken with its head cut off” impression. This kind of guy is a great ‘prop’ at parties and generally fun to be around.

But it’s not the sort of dude women flock to.

Now, I’m not saying you should be brooding in the corner all night. Positive energy is what draws people in. By all means talk to everyone and always be laughing and smiling, if that’s who you are. Just remember to maintain an air of self-respect. Don’t drink too much and be sure to give off an impression that – although you like to have a good time – you’re not someone who is easily trifled with.

That, and be careful about using the country’s slang. You’ll usually just sound like a fool to locals. If you use it, do so ironically.

As a general rule, I’d suggest not using any slang at all.

3) Let them accept you

If you’re a foreigner living in a Latin American country, I got news for you.

They will never accept you as one of them.

You will always be a foreigner, and people will often try to screw you over more often because of it.

They’ll also never let you forget that you’re not from their country.

I don’t know about you, but I’d much rather be Canadian than Mexican (no offence to the great people of Mexico).

The key is to accept this reality and just be yourself.

Don’t try to be one of them.

Let them accept you as you are.

Chances are, what makes you interesting in the first place is the fact you’re from another country that they’re not likely to know much about.

No matter how hard Benjamin tries he will never be Mexican. And, ironically, the harder he tries the less he will be accepted, and the more he will be hated on and ridiculed.

Oh, and if you’re American, don’t “apologize” for Donald Trump.

Jesus. I can’t begin to explain how pathetic that is.

There’s a good chance that Benjamin never fit in back home in America. He probably didn’t have too many friends.

Quite possibly, the first sense of community he had was working in that restaurant in San Diego. Finally feeling like he was a part of something, he latched on to the Latino community and started identifying with them. So much so that he decided that his calling was to live in Mexico.

I get it – I’ve seen it before. I can sympathize.

Problem is, this is only going to hurt him in the long run. He’s already being ridiculed for being a poser, and it’s only likely to get worse.

The thing about living in another country in order to find yourself is that you have to take yourself with you. That means all your insecurities, problems and doubts.

You don’t get to leave these back home in America.

It’s tough, the balancing act. You don’t want to come off as an ignorant foreigner, who only speaks his own language, only hangs out with expats and completely shields himself from the surrounding culture. But you also definitely do not want to be the White guy who is trying to be Latino.

I have a feeling Benji will be alright, though. I know his type. He’ll get a girlfriend who’s well beneath him in the looks department and be super stoked about it due to a Latina fetish that these kinds of fellows tend to have.

I’ve thought about giving him some advice; A warning about the dangers of going “full Latino.”

But some people are happier in the cave.

I have a feeling Benjamin is one of these people.