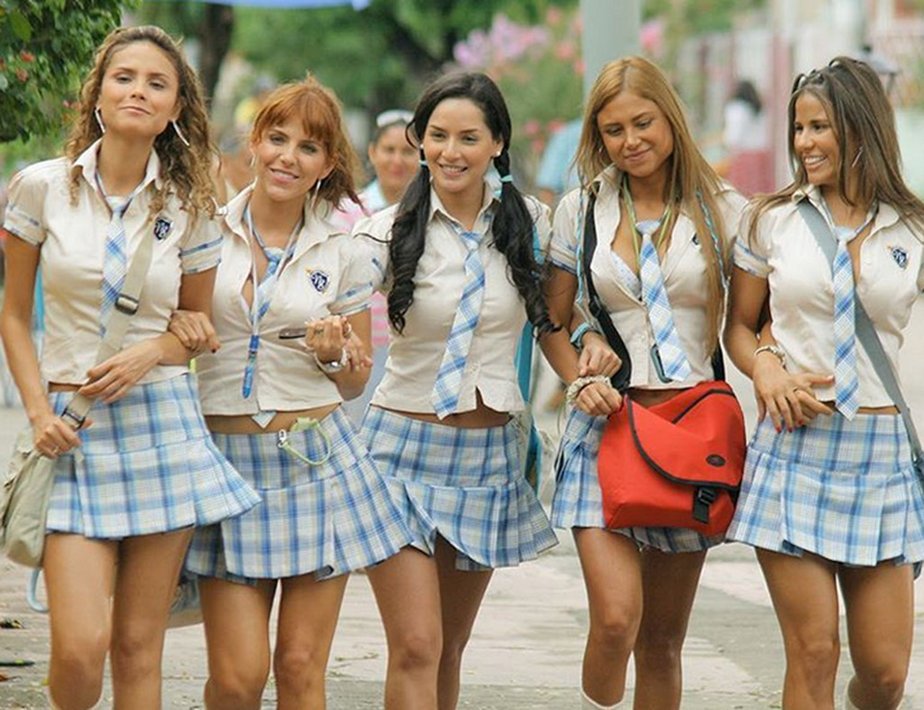 I know what you’re thinking.

Telenovelas, essentially Spanish/Portuguese-language soap operas, are for old ladies with too much time on their hands.

But I have a confession: I immensely enjoy them.

Not only are they great for learning Spanish, but they can also make for some high quality television.

Unfortunately, I found many telenovelas to be far too sappy, boring and catering exclusively to women – I had to sift through dozens and dozens before finding ones I was able to sit through.

Fortunately for you, I’ve made a list of the best Spanish-language telenovelas I’ve found so you don’t have to suffer through the same turmoil I did.

Just remember to clear your Netflix history after watching to avoid getting made fun of by friends and family!

The 12 Best Telenovelas from Latin America

En La Boca Del Lobo tells the story of the downfall of Colombia’s infamous Cali drug cartel. One of the few telenovelas that is largely focused on male characters. Seconds as a history lesson, as it is based (loosely) on true events. Probably one of the more ‘masculine’ telenovelas that I’ve come across.

El Senor de los Cielos is one of the most popular telenovelas running. Although I haven’t seen all of the episodes, there was enough violence and drama to keep me entertained through the first season. The main character also uses excellent slang from the north of Mexico – good to add to your lexicon if you’re journeying south of the border!

A very detailed account of the life of Pablo Escobar. His business, friendships, love affairs etc. If you are interested in the life of this infamous drug lord, this may be an even better option than Narcos.

Another telenovela about the downfall of the Cali cartel of Colombia. The trailer above is for the movie, but the series follows the same idea. Intriguing because it focuses more on the business and conflict of the trade rather than tumultuous sentimental relationships (although there’s a bit of that as well – comes with the territory).

Ojo Por Ojo is a lesser-known telenovela from Colombia, but definitely one of my favourites. It focuses on two feuding families in Santa Marta who will stop at nothing to destroy each other. The protagonist is hyper-masculine with frequent outrageous (and hilarious) outbursts of rage involving a baseball bat.

La Reina del Sur tells the story of a woman who becomes Spain’s top drug kingpin after she flees Mexico following the death of her boyfriend. Tons of action, great acting and an engaging story. Considered one of the best and highest budget telenovelas ever produced.

Sin Senos no hay Paraiso was the first telenovela I was ever exposed to. Tells the story of a young girl’s quest to get breast implants (yes, seriously) in order to get ahead in life. The girls in this telenovela was enough to keep me watching as a young man. I couldn’t find a trailer, but this clip is pretty well representative of what to expect. Perhaps it’s a bit tasteless for some, but it does a good job of explaining the realities for young women in Colombia without economic mobility. Check out the new version Sin Senos si hay Paraiso as well!

Stars a female protagonist who starts her own drug trafficking business after the death of her police officer husband. Although not my favourite telenovela on the list, the storyline is strong and the woman was badass enough to keep me interested. The fact it can be found on Netflix with Spanish subtitles makes it great for learning the language.

La Prepago is the story of an aspiring journalist who moonlights as a prostitute. After the death of a politician, she gets wrapped up in a scandal that risks exposing her double life and puts her in grave danger. I wasn’t expecting to enjoy this one, but I was pleasantly surprised by the pace and narrative.

La Promesa tells the story of a group of girls who fight for their lives to escape the world of sex-trafficking. An interesting and probably somewhat realistic insight into a world that not many know too much about. Shot better than most telenovelas with good production value. Although the telenovelas higher up the list are better choices for men, this one is still worth a shot. Also available on Netflix.

A gangsta Colombian girl. Love this series. An oldy but a goody. Takes place in the mean streets of Medellin, Colombia.

Unless you really like Mexican music and sappy love stories (I do love the former!), you should probably ignore number 12. The story draws you in, but if you can’t tolerate Mariachi music, you won’t last long!

And there you have it!

My 12 recommendations of the best telenovelas. These are telenovelas that both amen and women can enjoy. Most of these can be found on Netflix USA, and a few of them even have English and/or Spanish subtitles available.

There’s a few other titles that I wouldn’t quite classify as telenovelas. But they are solid quality. Here they are:

Check ’em out – they’re all on Netflix USA at the moment.

I can assure you that telenovelas are one of the quickest and most effective ways of learning Spanish. This is based on my own experience, as well as the experience of others.

I hope you enjoy (or at least are able to tolerate…) a few of these titles.