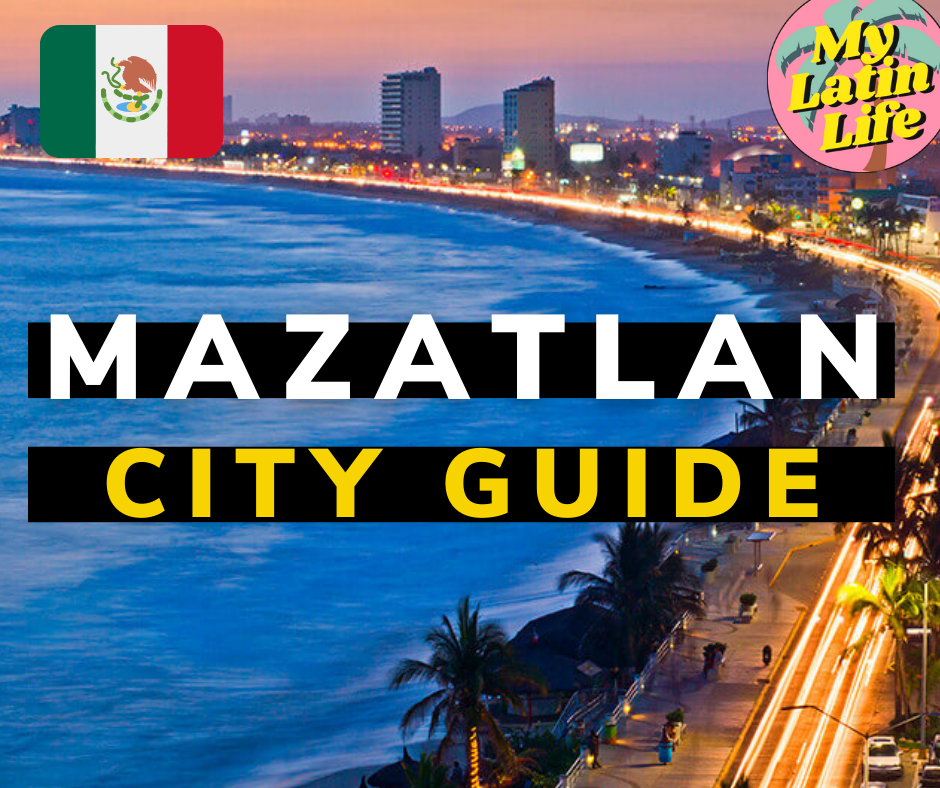 Became a resort destination hotspot in the 1950s after American celebrities “discovered it,” but has recently lost most of its allure thanks to the state of Sinaloa’s pesky – but not unearned – reputation for drug violence. This is a good thing because the city is now highly under-touristed and underrated. The city is now growing rapidly and Canadians and Americans are arriving in big numbers.

Despite it being overlooked by tourists in favor of Cancun, Playa del Carmen and Cabo, Mazatlan is one of my favorite beach destinations in the entire country. Mazatlan is one of the most livable cities in Mexico. Great beaches, top notch seafood, low cost of living. This is the perfect city for retirees looking to live beachfront on the cheap, but still have excellent amentities. Mazatlan is great for digital nomads as well due to decent wifi speeds, nightlife, and increasing flight connections.

We’ll get to why that is in a minute.

Mazatlan is more of an expat scene than a digital nomad scene. There is a huge group of retired Canadians and Americans living here. You’ll find that most expats are from the west coast, such as Oregon or Alberta. This city is actually perfect for digital nomads – they just haven’t discovered it yet.

As you might expect from a Mexican resort destination, the nightlife is pretty good in Mazatlan. There;s definitely people partying here all the time. Even on Mondays you’ll see drunk people in taxis with the music blasting. People party different here than they party in Tulum, for example. here the partying is more about banda music and Pacifico beers. Many of the people you’ll find partying come here on vacation from other parts of Mexico. There is a variety of different venues in the city, depending on where you stay here. Expect to find American-style bars and restaurants, outdoor oceanside bars, indoor oceanside nightclubs, small cantinas everything in between.

Joe’s Oyster Bar: Famous for the Sunday parties. It’s a big, beachfront venue in Zona Dorada. It’s great for watching the sunset and getting some beers, but the food isn’t great. It’s casual and has lots of tables. Joe’s Oyster Bar has a good mix of Mexicans and tourists, and the outdoor tables are good for mingling.

Cotorritos Olas Altas: The best place for dancing and nightclub vibes if you find yourself in Olas Altas or the historic center. Expect a lot of tourists from other parts of Mexico, low prices for drinks and bottles, and a healthy dose of reggaeton music. They have Smirnoff bottles for 450 pesos (like $25).

THINGS TO DO IN MAZATLAN

Carnaval, of course! This is the best time of year to come to Mazatlan, in late February and early March for the parades and partying of Mazatlan carnaval.

The sunsets in Mazatlan are also world famous. I highly recommend you clear your schedule around sunset time. Spend some time walking the malecon, enjoying the ocean, palm trees, and bright red skies.

Eat seafood! Maza has the best seafood in Mexico.

Go deep-sea fishing! There are many fishing charters. Expect to pay around $500 USD for 6 people.

Day trip to Stone Island aka Isla de la Piedra for a beach day, snorkeling, and laid back vibes.

Check out Playa Bruja for the best beach within the city limits.

Hit a nightclub in Zona Dorada.

Check out a nearby pueblo magico, probably El Rosario or Concordia.

Visit the Immaculate Conception Cathedral in centro. It’s beautiful and the plaza is bustling with life.

Visit the Mazatlan Aquarium and penguinario.

Take a tour of Observatorio 1873. It’s like a museum/santuary/tour that has a cool bar with panoramic views.

Climb the Faro (lighthouse) for spectacular views of the city. This is a must.

WHERE TO STAY IN MAZATLAN

The best area to stay in Mazatlan is the Zona Dorada. The Zona Dorada is known for good beaches, and lots of hotels. Other areas we can recommend include Olas Altas, La Marina, and Sábalo.

There are two “Mazatlán” signs, a popular selfie spot. One is in Zona Dorada and the other is in centro near the Monumento del Pescador.

The centro district of Mazatlan is a little bit run down. You don’t want to stay in the centro. By centro I mean the Malecon area in between Olas Altas and Zona Dorada.

Olas Altas (aka historic center) is perfectly fine, however. This is where the pretty colonial buildings are. Even if you don’t stay here, definitely check it out during the day.

RENT AN APARTMENT IN MAZATLAN

As usual, I took the time to look at local real estate listings while here. I was pleasantly surprised to learn that you can snag a one-bedroom apartment rental, sometimes even with ocean views, in or near Zona Dorada for $600 USD. Two bedroom high-rises with ocean views in a new building go for between $1000 and $1250.

If you want to pay even less than that, check out listings in the old center. Feels a bit less commercial and you’ll still be walking distance from the beach. Rentals can be found here for as low as $400 USD. You can get an entire house in the Playa Sur neighborhood for this price.

Mazatlan has some of the best seafood in the world. If you like seafood, you will be in heaven here. The food is fresh and the prices are very low. Sinaloa is an agricultural state, also well known for its production of tomatoes and livestock. The scene in Mazatlan also includes lots of modern restaurants experimenting with flavors, especially in the centro historico. It’s pretty cheap to eat out at restaurants here.

Restaurants that My Latin Life recommends:

Taqueria Playa Sur: One of the best taquerias of all time. Located near Olas Altas. Come here before or after a night out.

Totem: Great cafe and restaurant with a cool rooftop and wifi.

El Muchacho Alegre: One of the most famous seafood spots in town. There are often huge waiting lists for a table on weekends.

Yoko Sushi: Solid sushi spot in Zona Dorada. You can’t come to Mazatlan and not eat sushi at least once.

Mazatlan is still trying to shake a bad reputation earned by an explosion of drug violence in its state of Sinaloa during the past decade. This sordid reputation has caused a recent decline in tourism (2011 was one of its worse years ever for tourists). However, perception of danger and danger are two different things. I’m happy to say that I always felt completely safe in Mazatlan, even at night in the old center of town. It appeared everyone else did as well – tourists and locals alike were out well past dark.

Although there are some occasional reports of drug violence outside of the city, there really isn’t much to worry about in Mazatlan, especially if you stick to the tourist zones like Zona Dorada.

HOW TO GET TO MAZATLAN

Mazatlan is becoming more and more connected every year. You can get to Mazatlan by bus from many other parts of Mexico. Mazatlan also has an international airport with direct flights to Canada (in high season) and much of the south western United States. It is likely that direct international flights to Mazatlan will continue to grow in number. The city is becoming increasingly popular with Canadian expats so they started adding direct flights from Calgary and western Canadian cities.

You can take the bus from Guadalajara, Torreon, or Puerto Vallarta in 6 hours. Durango is only 3 hours away. The Premier Plus buses are actually very comfortable and modern. There are direct flights from Mazatlan to places like  Mexico City and San Francisco, California.

COST OF LIVING IN MAZATLAN

Mazatlan is one of the few tourist cities in Mexico that I would ever consider living. Better than Puerto Vallarta. Mazatlan is the perfect balance for most people. The sunsets are amazing and the seafood is top notch.

It’s a very nice balance – enough locals to make it feel like you’re actually in Mexico, and enough tourists to keep things interesting. Locals in Mazatlan are also attractive. You’re also only about 2 1/2 hours from Culiacan, and 3 1/2 hours from Durango, two cities that are pretty cool to hang out and party in. The digital nomad scene is definitely picking up in Mazatlan. Expats are returning to the city in droves. Expect to see a lot of retirees from Western Canada and the Northwestern United States. Word has gotten out about the amazing sunsets!

Mazatlan gets the My Latin Life stamp of approval!