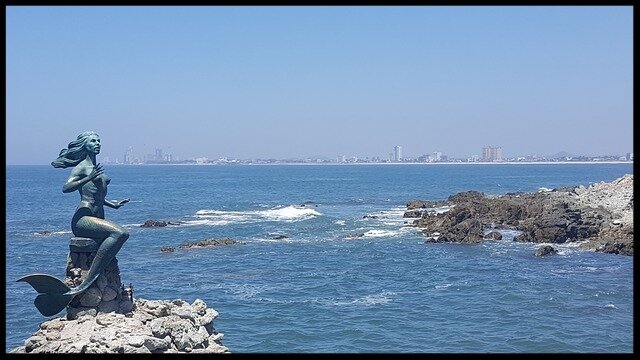 Became a resort destination hotspot in the 1950s after American celebrities “discovered it,” but has recently lost most of its allure thanks to the state of Sinaloa’s pesky – but not unearned – reputation for drug violence.

Despite it being overlooked by tourists in favor of Cancun, Playa del Carmen and Cabo, Mazatlan is one of my favorite beach destinations in the entire country. We’ll get to why that is in a minute.

As you might expect from a Mexican resort destination, it’s pretty good. I went to six different venues during my stay here: an American-style bar/restaurant, an outdoor oceanside bar, and indoor oceanside nightclub, a tourist bar adjacent to my hotel, a cantina and a strip club in the old center.

I recommend: Joe’s Oyster Bar or Valentino. These are the two bars by the ocean in Zona Dorada. They are basically right next to each other so you can do both. Joe’s Oyster Bar has a good mix of Mexicans and tourists, and the outdoor tables are good for mingling. Valentino is a bit more upscale of a nightclub (read: harder to get laid), but the Mexican girls I saw were hot and very well dressed.

Unfortunately, I didn’t manage to pick a girl up at either of these places. I did manage to pull something from the bar below my hotel though, although I kinda wish I hadn’t.

RENT AN APARTMENT IN MAZATLAN

As usual, I took the time to look at local real estate listings while here. I was pleasantly surprised to learn that you can snag a one-bedroom apartment rental, sometimes even with ocean views, in or near Zona Dorada for $600 USD. If you want to pay even less than that, check out listings in the old center. Feels a bit less commercial and you’ll still be walking distance from the beach. Rentals can be found here for as low as $400 USD.

Mazatlan is still trying to shake a bad reputation earned by an explosion of drug violence in its state of Sinaloa during the past decade. This sordid reputation has caused a recent decline in tourism (2011 was one of its worse years ever for tourists). However, perception of danger and danger are two different things. I’m happy to say that I always felt completely safe in Mazatlan, even at night in the old center of town. It appeared everyone else did as well – tourists and locals alike were out well past dark.

Although there are some occasional reports of drug violence outside of the city, there really isn’t much to worry about in Mazatlan, especially if you stick to the tourist zones like Zona Dorada.

COST OF LIVING IN MAZATLAN

You’ll need a minimum of $884 USD/month to live in Mazatlan, Mexico

Mazatlan is one of the few tourist cities in Mexico that I would ever consider living. It’s a very nice balance – enough locals to make it feel like you’re actually in Mexico, and enough tourists to bang and party with. Local Mazatlan women are also attractive. You’re also only about 2 1/2 hours from Culiacan, and 3 1/2 hours from Durango, two cities that are pretty cool to hang out and party in. The women are also better than your average Mexican city, which is already pretty good to begin with.

Mazatlan gets the My Latin Life stamp of approval!