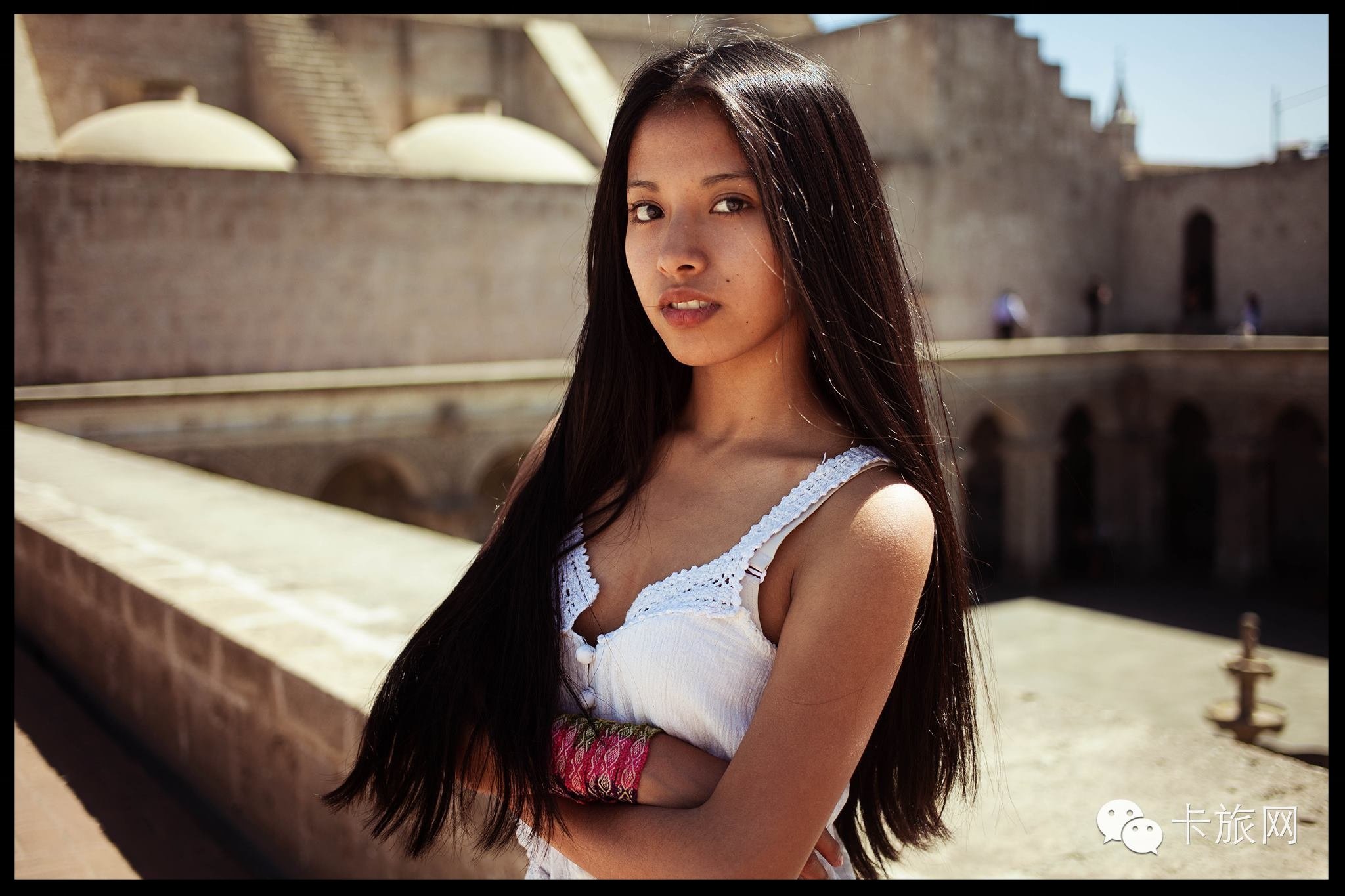 Today I’m going to talk about how you can start dating Peruvian women.

It’ll be a short article, because the advice I’m about to give is as straight-forward as it is effective.

Before we jump right into things, I’d like to take a few lines to discuss the reputation of Peruvian women.

Now, depending on what circles you run in, Peruvian girls may or may not be a topic of discussion.

In my circles, they happen to be.

If you’ve read this blog at all, I’m sure that doesn’t surprise you.

Essentially, Peruvian girls have a reputation for being ugly. Much less attractive than their Colombian and Venezuelan counterparts.

I’m here to tell you that there are a ton of drop-dead, stunningly-gorgeous women in Peru.

How do I know?

Well, collectively, I’ve spent more than a year in Peru, mostly in the capital, Lima. And, although my initial impressions of the female population more or less aligned with what I’d heard on the Internet and from fellow travellers, it didn’t take me long to realize that girls in Lima were actually of very high quality.

IF you know how to look.

My point is, don’t sleep on Peru! It’s one of the most underrated countries in Latin America for women.

Your Advantage As A Foreigner

Ok, I’m going to do a bit more myth-busting.

Another widely talked about subject is how much girls in Peru love foreigners, namely, white foreigners.

Thing is, it was true.

During my first trip to Peru, there weren’t a lot of foreigners visiting Lima. So, yes, I did get more attention than I would have otherwise.

These days, however, while you’ll still get attention for being “exotic,” so to speak, don’t expect women to be throwing themselves at you for that sole reason.

With more and more foreigners visiting Peru, any allure or mystery that existed about folks from different countries and ethnicities has now pretty much evaporated.

But, it’s not all bad news!

Since Peru is mainly a cultural and culinary destination, the types of tourists that come here generally aren’t interested in dating Peruvian women. So, as a foreigner, you’ll face very little foreign competition.

This is a good thing.

It means it’s quite easy to make a connection with women in bars, cafes and online.

You will need to speak some Spanish, though.

The best resource I’ve found for learning Spanish to meet Latinas (very specific, I know!) is Pick Up Spanish. Skip the boring classes and give it a try.

Time to let you in on a little secret.

There is one dating site that works better in Peru than in any other country in Latin America.

Let me explain why this is:

In Mexico, you have Mexican Cupid, a dating website designed specifically for Mexico.

In Colombia, you have Colombian Cupid, just for Colombia.

Despite having an enormous base of online daters, Peru doesn’t have a specific site dedicated to their country (business-idea!).

So, Latin American Cupid (as well as Tinder), basically have the entire market share.

Thing is, not many guys know about Latin American Cupid. They advertise heavily in Spanish, so the service is more familiar to Peruvian.

So, basically, as a man, what you’ll find is a ton of girls on the app, and not as many foreign guys (keep in mind, we’re only talking Peru here).

Point is, if you use Latin American Cupid instead of Tinder or Badoo, Bumble or OK Cupid down here, your ROI will be much, much better. 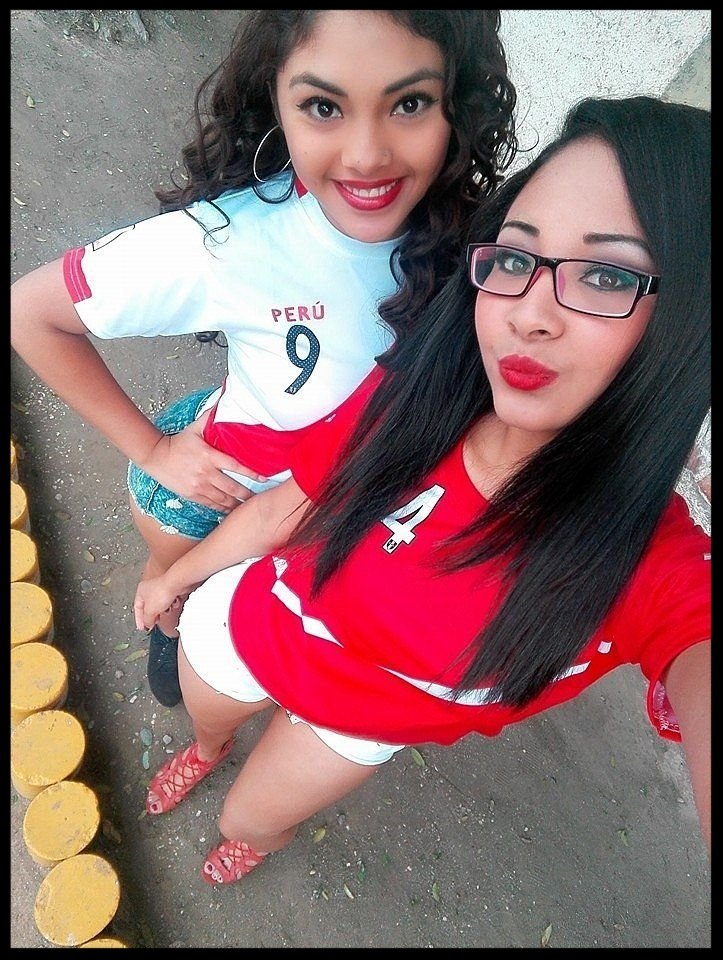 Don’t worry! I haven’t forgotten the core of the article: how to start dating Peruvian women.

After an excess of 12 months in the country, here’s what I would do if I were coming in fresh.

1. Sign-Up for Latin American Cupid 2 weeks Prior to Your Arrival

Well, the game moves fast online. It’s tough to keep someone else (or even yourself…) interested in someone for more than two weeks, and less may not be enough to build rapport with numerous women.

I’ve found that Two Weeks Of Latin American Cupid is the sweet spot. Enough time to build comfort, but not too much time to lose it.

Ideally, you’ll want to establish about 3 dates for when you arrive (3, in case one or two of them can’t make it).

This way, you can begin dating Peruvian women basically as soon as you step off the plane!

2. Sign-Up for One Month (just one-month) of Tinder Plus

Tinder Plus is another service worth signing up for. Just do a month, it’s all you’ll need.

Now, when you sign up will depend on how you’re arranging your trip. For instance, if you want to travel around the country, you’ll want to have access to Tinder Plus’ “Change Location” service, for arranging dates before you arrive. However, if you plan on spending all your time in one city, simply sign up a month before you leave the country.

I will mention that it is harder to set up dates on Tinder than it is on Latin American Cupid. The girls tend to be a bit younger, and therefore have shorter attention spans. Although it is certainly possible to arrange meetings with girls preemptively on the app, its utility is more in setting up quick dates; playing off momentum (i.e. match with a girl, get her phone number, arrange a date that day or within the next few days).

I’d say Tinder Plus is optional. However, if you really want to make the most of your options dating Peruvian women, it’s worth signing up.

3. Review The Cities You Want To Visit

There are a number of good cities In Peru for dating women.

You’re going to want to solidify an itinerary for your trip if you want the best return on investment.

For instance, let’s say you want to do one week in Lima, 3 days in Arequipa and 4 days in Cusco.

Well, like I said before, you’re going to want to start setting up dates in those cities within two weeks.

In other words, pipeline Lima and Arequipa from your home country, and when you arrive in Lima, start working on getting matches and messages from Cusco.

I know, I know, all this sounds…a bit mechanical and silly to say it out loud, but it’s better than coming unprepared. If you follow this formula, you’ll find dating Peruvian women will be much, much easier.

I suggest supplementing your online pursuits with a bit of nightlife. Both Lima and Cusco boast some of the best nightlife in Latin America, so you won’t go thirsty!

I figure this part is pretty straight forward, but if you have any doubts about going out in Latin America, check out these two articles:

How To Dress In South America

How To Go Out Alone In Latin America

Those will cover two of the most critical mistakes foreigners make when partying in here in South America.

Well, I hope this article has provided at least a bit of insight into dating Peruvian women.

Basically, Use Latin American Cupid and Tinder before you leave your home country.

Incredible that we live in a world where this is possible! It’s not all bad, eh guys?

Arrange dates in each city you’ll be visiting and supplement it all with a bit of nightlife. And, if you’re not into loud music, remember that hotel bars are a very good option.

Remember to be yourself, be respectful (it’s a rather socially-conservative country, after all) and follow the steps laid out in this article and you should have absolutely no problems.

As always, until next time.