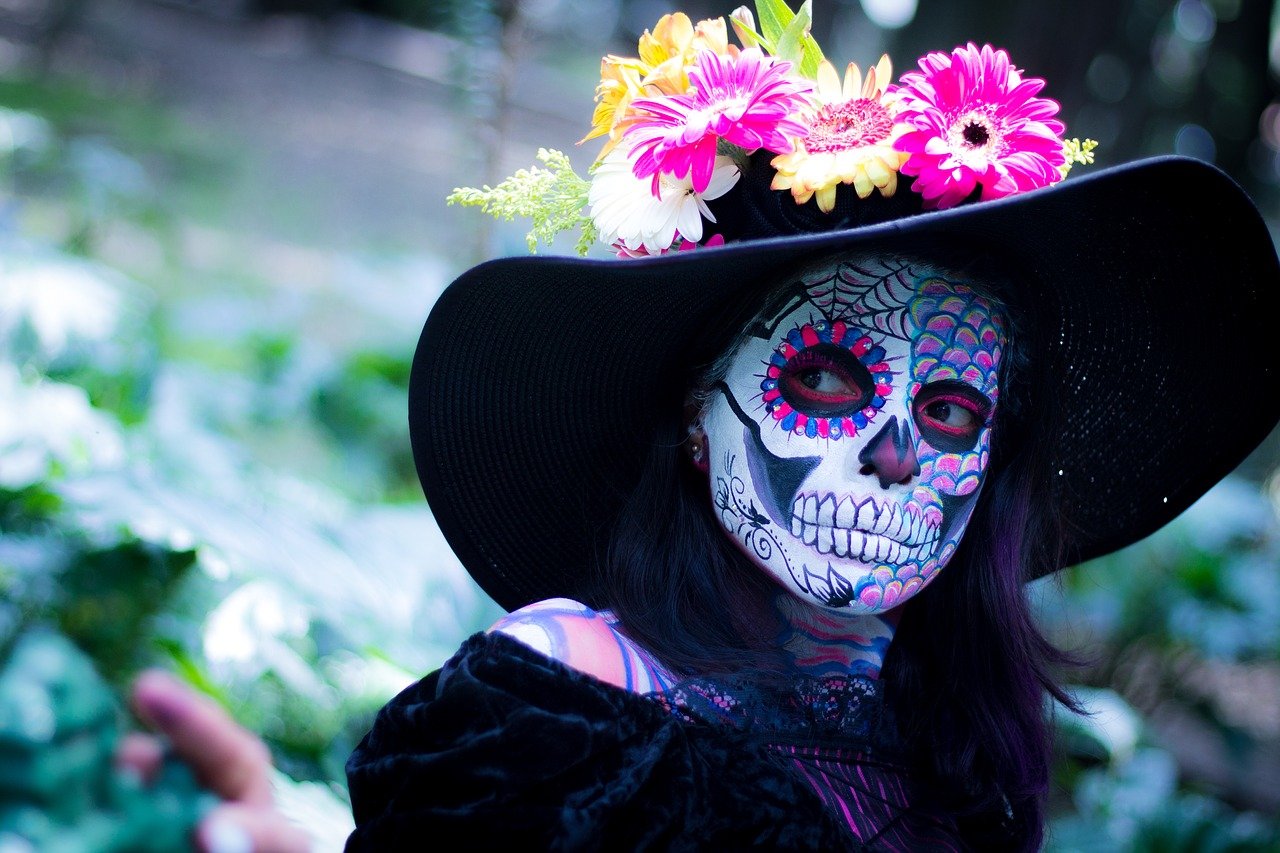 There are many different Mexicos. There is the Mexico of American media, consisting mainly of drugs and violence on the border and along the coast.

We have the Mexico of spring break – the endless beach-drinking and partying of college students.

And there is the Mexico as it’s depicted by the country’s own marketing campaign: a Mexico of rich culture and tradition.

It’s all true. And, apart from the drug violence (hopefully!), you’re likely to experience all of it if you take a week-long vacation down south.

But what is it like to actually live in Mexico?

I’ll tell you right now: websites like International Living that talk about discovering the “real Mexico” or “Living like a local” are questionable. There is no “real Mexico,” only the one you choose to create for yourself. For instance, you can have almost exactly the same life in Mexico City or Guadalajara that you’d have in Chicago or Boston. You can eat the same food, speak only in English, drink the same beer and drive the same car.

On the flip side, you can completely change your life. You can speak exclusively in Spanish, only eat Mexican food and ride microbuses.

If you are reading this, chances are that you come from a similar cultural background as myself. And I can tell you from my own experience living in Mexico that your life here is likely going to be a combination of both American comforts and Mexican culture.

Here are some of the things you should know about living in Mexico.

As you might imagine, the quality of life in Mexico ranges dramatically. It depends largely on if you have money are not. Those that do, enjoy comforts on par with upper class Americans. Those who don’t have very difficult lives; the poor in Mexico are much worse off than the poor in America.

How much money does it take to have a good life?

I put the figure at $1500.oo USD a month. While it’s true that you can get by on some places in Mexico for much less, $1500.00 a month is a good benchmark. Even in Mexico City, a single person can squeak by with this amount of money. The only other place (outside of tourist traps) you might be pushing it is Monterrey, where I suggest having a figure closer to $2000.00 USD a month.

Assuming you have at least this amount of money coming in, you will be able to live in a safe neighborhood, take Ubers and taxis instead of public transportation, go out a couple times a week to eat or hit up the nightlife scene, take a girl/guy out on dates and buy all of your basic necessities.

Most of Mexico is developed enough to offer the same quality of life as you would receive in the United States, Canada, New Zealand or Western Europe (again, assuming you have enough money). In short, you will not have to give up any of the modern comforts you currently enjoy in your home country unless you wish to.

Alright, I just touched on this, but I’ll break it down a bit more.

Generally speaking, the most expensive cities to live in Mexico will be big cities, and popular vacation destinations.

Some expensive cities to live include:

As you might expect, smaller, non-vacation cities will be cheaper than bigger cities. No surprise there.

For bigger cities, the best bang for your buck will come in Central Mexico. These cities are reasonably large, but are still fairly cheap.

Prices for groceries and household goods vary little within the country. Utilities as well – not much variation. These things are all cheap. Your grocery bill likely won’t exceed $30 a week. Utilities/Internet? Maybe $40 or $50 a month.

The main factor that will determine your cost of living for any particular place will be rent.

My suggestion? Check out VivanunciosandSegundamanoto get an idea of apartment rental prices in your desired city.

If you live fairly modestly, your living expenses outside of rent probably won’t exceed $1000.00 USD a month in Mexico. So, your cost of living will be $1000.00 plus whatever you’d like to spend in rent.

Again, if you want to live in a more expensive city like Mexico City or Monterrey, maybe increase this figure by a few hundred dollars each month.

Note: I’m only suggesting minimums here. Obviously, the more money you have the better.

Safety. Mexico’s dark cloud. 2017 was arguably the most violent year since the start of Mexico’s infamous drug wars. While you’re unlikely to ever be directly effected by narco violence, it does kinda put a damper on the whole living in Mexico experience if you ever have to stroll by a dead body on your way to the local coffee shop.

So, how safe is it here?

Depends where you are. Mexico City has the same problems as any big Latin American city. This means that, yes, if you’re not careful and you’re in the wrong part of town, you might get robbed. Same goes for Guadalajara. Or Tijuana. Or Monterrey. Or Atlanta. Or Washington D.C.

That being said, there are plenty of safe places in Mexico. Cities like Queretaro, Guanajuato and Merida are very safe, and if you stick to middle or upper class areas of Mexico, Monterrey or Guadalajara, your chances of being a victim are slim (don’t go slumming unless you’re prepared to take on the risk).

Your biggest threat in Mexico isn’t violent crime, it’s petty theft. Things like pickpocketing. Someone sneaking their hand into your bag when you’re not looking. That sort of thing.

Aside from the aforementioned narco violence, Mexico is no different safety-wise than Panama or Costa Rica. Just be careful, dress down, don’t get too drunk in public, etc. etc. You know the deal.

***A note about the narco violence: Although I said it won’t effect you, there are some places in Mexico you simply should not go due to strong cartel action. Avoid the state of Tamaulipas. Avoid the Tierra Caliente. Avoid the Jalisco/Zacatecas border. Avoid Sinaloa, except for Mazatlan, which is fine. Avoid Michoacan except for Morelia and Lazaro Cardenas, which are OK. Avoid non-toll highways and NEVER drive on highways at night.

Alright, that last part was a bit heavy…on to the lighter stuff!

I’ve talked about Mexican Women a ton on this blog. Do a search if you want more information.

They are extremely fun and friendly. It’s rare you’ll encounter a standoffish Mexican girl. Banter and conversation is great.

In fact, I don’t have many negative things to say.

Hottest girls are in Guadalajara and Monterrey. Sinaloa too, but it’s narco central, so I don’t recommend going there. Mexico City has some good ones as well. Central Mexico is rad too; Morelia, Aguascalientes and Leon were a pleasant surprise. Cuernavaca, too.

In short, don’t worry. If you’re used to Mexican girls in the United States, I understand that you might be worried. Don’t be. That isn’t representative. There are plenty of hot girls in Mexico.

Impressive! If you’re wondering what the infrastructure is like down here, I can tell you first hand that it’s much better than I thought. Most highways are pretty damn good. The Internet is fairly fast and reliable. Transit systems run faithfully. The power doesn’t go out THAT much…maybe once or twice a month. Which is pretty good for Latin America! Banks are as trustworthy as you could reasonably hope any bank to be. There are nice, tall buildings that didn’t fall down in the recent earthquake…

All in all, it’s pretty good. Society functions.

Sure, you’ll see some stuff that would never fly in the US or Canada: buildings that should be condemned, shantytowns, cars and busses that pump out horrible smoke and carbon dioxide, pollution smog that will coat your entire house with a strange dust (in Mexico City, at least).

But at the end of the day, this is Latin America, not Laguna Beach. Relatively, Mexico is pretty good infrastructure-wise. Better than Colombia and Peru, not quite as good as Argentina or Uruguay. Bottom line: You’re unlikely to run into serious difficulties.

A Day in The Life

Some of you know that your’s truly, the author of this modest Internet blog, spent time Living In Mexico City.

To be honest, it wasn’t THAT much different than in my home country. I had to put in an honest 8-10 hour work day like anyone else.

I’ll walk you through it.

I’d wake up between 8 or 9 am, brew up some coffee or make some yerba mate. I’d pump a couple glasses of that while reading the news or blog posts for about an hour. I’d start working at 10am.

3pm would roll around and I’d head out on the street to grab some food and buy a cigarette from a dude from Veracruz who ran a little street kiosk on the corner. We’d talk awhile about Mexico City, the tranny prostitutes that hung out across the street or about how his family was doing back home or life in Canada.

4:30 or so, I’d throw some music on and try to knock out 200 pushups over the course of an hour. Unless I had a deadline with work, in which case I’d skip this.

After 9, I’d either hang out with my roommate, who’d get back from work around 7 or 8. We’d often hit a bar or a restaurant with others if it was between Thursday or Sunday. If not that, I’d chill with one of the handful of gals I knew who lived nearby, or just do some drinking alone and read a book or watch a movie.

I’d reserve one day of the week to do some exploring as well. Even if it was only to hit a shopping mall, a park or a good taco place in another part of town. It’s important to me to do things this. The day would change week-to-week based on my work schedule.

…Damn, I just realized how dull that all sounds!

I suppose living abroad isn’t meant to be one endless party. We all got things we have to do, after all.

Don’t get me wrong, I had some insane times down there in Mexico. A party in Iztapalapa and another in some mansion in Lomas come to mind. Not to mention a crazy road trip to Mexico State. Or that blurry week in Tijuana/Ensenada.

But, in reality, the majority of my days were relaxed. Trying to earn a location-independent income that year took-up the bulk of my waking hours.

So, what is it like to live in Mexico?

That depends on you, friend.

I’ve given you an idea about the cost of living, safety, infrastructure, women, quality of life, and I’ve peppered in some good cities to live in (by the way, Mexico City and Guadalajara are my top choices for big cities; Guanajuato or Morelia for small ones).

By now, you should have a pretty good idea of whether not you might be happy here.

If you have a city in mind, spend some time on YouTube and search everything you can about it. Chances are someone has done a walking tour, a bar hop or a drone flight.

If you like what you see, book a ticket and see what happens.