What Happens If You Overstay Your Visa In Mexico? 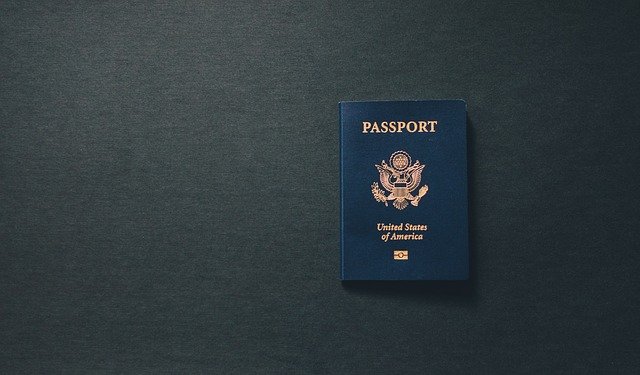 For most folks, overstaying a tourist visa in Mexico will never be an issue.

The FMM Tourist Card that all travellers must fill out upon arrival is valid for a generous 180 days, meaning that you can legally spend nearly half the year south of the border.

**Getting 180 days upon arrival is pretty much a guarantee – they can give you less, but I’ve never heard of it happening.

That’s plenty enough time for your average vacationer, who only pops down to Puerto Vallarta or Playa Del Carmen for a week or two.

But, maybe you’re not the average traveller.

Let’s say that, for whatever reason, you’ve stayed longer than six months down here and broken the rules of your visa.

What happens when you try to leave?

If you’ve stayed longer than six months and you are leaving through the airport in Mexico City, the process is fairly straightforward. Typically, when you go to check in for your flight, the agent will ask for your tourist card. They’ll point out that you have stayed too long, and will explain that you will have to go to an immigration booth to pay a fine. This fine is supposedly calculated by how many days you’ve overstayed, but in reality, what they charge you will be completely random. If you’ve overstayed for just a few weeks, it’ll probably be around $40 USD. If it’s longer, it’ll be more. But it will never exceed $6000 pesos (or about $320 USD).

If you’ve overstayed for only a few days, sometimes the airline agent won’t notice. While you may think this is a stroke of good luck, it could go wrong. You will be required to submit your FMM to another airline agent right before you get on the flight. If they happen to review it and notice you haven’t paid the fine, they can call you off the plane and make you miss your flight. Although not common, this has happened to people before.

If you know you’ve stayed over six months, it is best to play it safe and go to the immigration booth in the airport to pay the fine (an airport employee can direct you), even if the first airline agent doesn’t notice.

In short, unless you’ve stayed an inordinate amount of time in the country (like 2 years or more over your six month limit) you’re unlikely to run into any problems while leaving through Benito Juarez airport in Mexico City.

In theory, the process should be the same if you’re departing from a smaller airport within Mexico.

Unfortunately, this isn’t always the case.

Folks have reported being hassled much more – even interrogated – when officials of smaller airports have noticed they’ve stayed too long. Some have been quoted exorbitant amounts for slight violations (like $500) and have had to negotiate the fee down.

In other words, officials tend to be a bit more corrupt.

Since Mexico’s laws on this stuff don’t appear to be concrete, officials will try to take advantage. This type of extortion happens less at Mexico City’s big international airport…probably due to the crazy amount of traffic that flows through there and/or to avoid scandals.

It is best to leave through the Mexico City airport if you can.

***UPDATE: Cancun airport may be a good choice as well – I’ve just spoken to someone who overstayed 4 months and was only charged $400 MXN ($22 USD) when leaving through Cancun.

What about hopping over to the United States by one of Mexico’s many border crossings? Will anyone noticed that you’ve overstayed your visa?

You’ll only be checked by American border guards, who normally care less about your Mexican tourist card…although you may have trouble explaining what you were doing in Mexico for so long!

That being said, problems might arise when you try to re-enter Mexico. The immigration system is computerized now, so they will have no record of you ever leaving their country. Even if you enter again by land, you will need to enter a Mexican immigration office to get another FMM. When they run your information, a red flag may pop up and they could deny you entry into the country. Same deal when re-entering by air.

This is all theory, mind you. I’ve spoken to people who through who crossed the border by land into the USA, didn’t hand in their Mexican tourist card, but did not have a problem getting a new one when they returned. However, it’s best you hang on to your old tourist card, just in case they request in when re-entering the country.

If you have stayed too long and want to leave by land, it is best to go into the immigration office on the Mexican side, own up to it and pay your fee so you don’t run into future problems.

***WARNING: Tourists that have overstayed and paid their fees at a border crossing have also reported being charged crazy amounts for slight violations. Again, best to leave through a major Mexican airport.

Will Mexico Let You Back Into The Country?

If you’re concerned about being barred from Mexico after violating the terms of your FMM, don’t be. It is extremely unlikely that you will be prohibited from re-entering the country.

However, keep in mind that if you have overstayed numerous times in the country, or if you have stayed for years, Mexican authorities will have a record of this, and will have the ability to “deport” you, so to speak.

At the very least, after numerous violations, they will give you a very hard time whenever you try to enter Mexico again, and may not grant you the standard 180 days (how many days they grant you is always at their discretion, even though it’s normally 180 days).

All that being said, apparently Some Folks Have Indeed Been Deported. In a country that lets you come and go every six months, there really isn’t any point taking the risk – simply leave before your six months is up, come back and repeat. If you do that, you shouldn’t have any trouble.

If you do stay longer than six months, your best option is leaving through Mexico City (or, Cancun) and paying the fine. The other aforementioned options are less likely to go smoothly.

Part of the reason Mexican law is so vague this sort of thing is because the Mexican economy gets an enormous boost from US tourism and US snowbirds, who live in Mexico for 6 months out of the year during American winters. The country is fully aware that millions of Americans stay 6 months, border hop for a day and come back for another 6 months, but they don’t have much of a problem with it because it dumps tons of cash into the economy.

This is a big reason why Mexico will likely never introduce a rule only allowing Americans, Canadians, etc. to stay only six months out of a calendar year, requiring them to stay out of the country for 6 months before allowing them to re-enter (Brazil, for instance, does this…6 months in, 6 months out).

If you do want to live in Mexico year-round, the best way to do it is to take a vacation once every six months. Go home to visit family for a couple weeks, or swoop a cheap flight to Bogota, Lima or Havana.

As long as you don’t exceed your six months, or you’re not constantly border hopping and returning the same day (it could raise some eyebrows), you’re unlikely to run into any issues.

Hope this helps anyone worried about what fate awaits after overstaying a Mexican tourist visa! And, as always, questions and comments below!