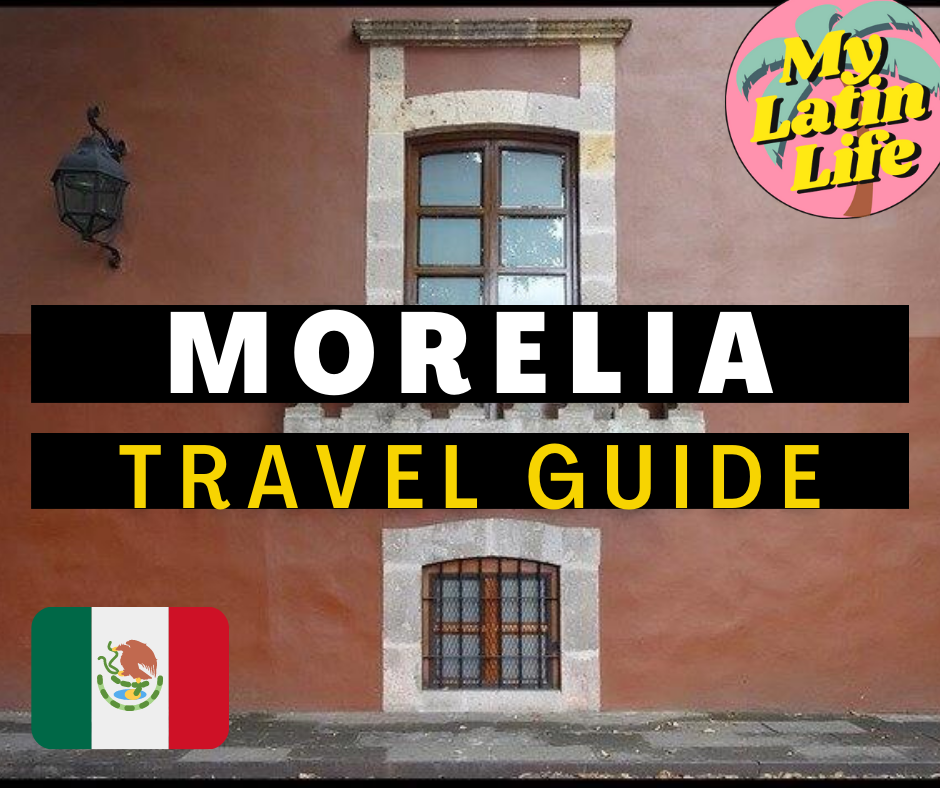 A hidden gem in Mexico. Quite possibly the hidden gem in Mexico if you fancy authentic food, casual nightlife, and colonial architecture. Digital nomads haven’t yet caught on to the city. It’s like a touristic city with no tourists. Capital of the state of Michoacan, known for delicious avocados and ruthless drug violence. Morelia is pretty big city – in fact it’s the third most populous city in the Bajío Region after León and Querétaro City. Morelia has a lot of potential, and more than enough to keep you busy for a week or even a month.

You won’t be the first digital nomad to ever visit Morelia. It’s a pretty big, central city so people come through all the time. At the same time, the population of nomads at any given time is going to be pretty low. Don’t expect much of an active community. I couldn’t find a Facebook group for digital nomads in Morelia. Morelia is beautiful, but it’s just not most digital nomads first or second thought to visit. For the more adventurous traveler, you’ll probably like Morelia. It’s a good mix of off-the-beaten path, but still a familiar city with good infrastructure, restaurants, cafes, and internet speeds.

EXPAT AND RETIREE COMMUNITY IN MORELIA

Morelia isn’t home to too many expats and retirees, but there’s definitely some. The state of Michoacan is inexpensive, big and beautiful, but the insular culture and narco activity has always been a turn off for some people. Morelia would actually be a cool place to buy a colonial house – it’s probably cheap relative to more touristic cities. I would suspect the majority of expats and retirees are actually Mexican Americans or people with family ties to Michoacan.

There is an active expat Facebook group in Morelia, link to it here.

RENT AN APARTMENT IN MORELIA

$400 can get you a modest apartment in the heart of Morelia, or a small casa outside of the centre.

The walkability of Morelia lends itself well to having a good coffee shop culture. There should be more coffee shops for a city of this size, but there’s definitely still a few. If you find a good one, please email us.

Nightlife in Morelia is good for a city of its size. Slightly less pretentious than other cities like Monterrey or Cuernavaca, which means less pressure to look good and be on your game. As someone who’s introverted, I found the nightlife in this city to suit me well. Even the bigger, classier nightclubs have an air of casualness and felt less judgemental than Culiacan or Guadalajara. Although the clubs weren’t quite as wild, I felt much more at ease.

Manglar: Popular bar with a cool roof top. Not the cheapest bar but it’s always packed with a good crowd.

Mamá No Lo Sabe: Decent nightclub with booths and all that.

Roof Morelia: High end nightclub (“antro fresa”) far from centro with views of the city. Worth checking out.

Watson Bar: High end bar with DJs in the center.

THINGS TO DO IN MORELIA

Walk around the Callejón de Romance (Romance Alley). Expect tourist prices at restaurants on this street!

Take pictures at the Cerrada de San Agustín, a great spot in centro for taking selfies.

Visit the Cabaña Encantada and Zoológico de Morelia. It’s closer to the centro than most zoos typically are, so getting there is easy.

Visit the Museo Regional Michoacano, a small but cool museum in centro.

Go inside the Templo de San Francisco de Asís, possibly the oldest building in the city. It dates back to the 1500s!

Adventure out to Los Filtros Viejos, a nature reserve with waterfalls just outside the city. This is where you can really get into nature.

Stroll along the Acueducto de Morelia, a historic landmark. You may even be able to climb on top of it.

See if there’s a bullfight or event at the Plaza de Toros Monumental de Morelia.

Visit the pueblos magicos of Pátzcuaro, TzinTzunTzan, and Janitzio.

IS MORELIA SAFE FOR TRAVELERS?

Driving into Morelia, it looks pretty grim. Then you get to the centro historico and things start to look a lot nicer. The cartel has a large presence in the city, but if you don’t go looking for trouble, you’ll be safe in Morelia. The city is quite safe and full of life during the day. The streets of Morelia are well lit at night. Some parts of the state, however, best be avoided unless you know the territory.

COST OF LIVING IN MORELIA

Morelia is cheap by Mexico standards. There are not very many tourists here, so things are priced for locals. Michoacan is a relatively poor state with a lower than average GDP per capita. This means the purchasing power is low and therefor everything is cheap. Even the restaurants surrounding the Catedral are reasonably priced. Hotels and airbnbs are reasonably priced, and you can eat really well here for very cheap.

HOW TO GET TO MORELIA

You can take a 3 hour bus from Guadalajara.

There are also direct flights from Mexico City.

Life seems pretty good in Morelia. It’s a very walkable city and quite beautiful in the center. There’s a lot of nightlife options, colonial architecture, and a relatively low cost of living. This city works well for digital nomads due to the decent wifi, cafes, nightlife options, history, and things to do. You can try all the Michoacan food, and eat really well here for very cheap. The people are friendly, but known to be a more ‘cerrada’ (closed-off) than in northern Mexico. A possible downside could be security, as there has been a slight increase in drug violence in and around the city. But that’s a problem you’re unlikely to perceive.