The Best Cities To Travel To In Latin America 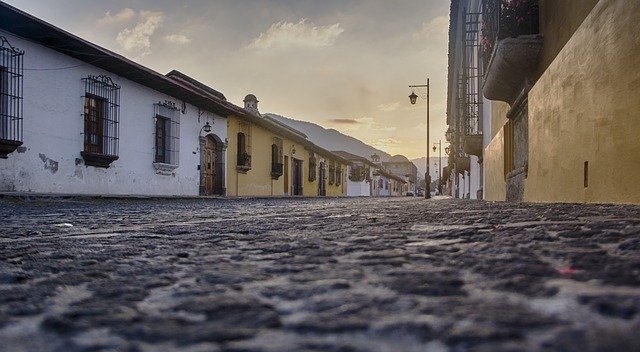 I probably make a list like this once or twice a year. My conclusions are always different.

Cities in Central and South America have a tendency to go through ebbs and flows. A great city to live in or travel to today might not be a great one tomorrow.

Take Medellin for instance. In the early 2000s, this was the place to be in Latin America. If you were brave enough to venture down to recently drug-war torn Colombia, as one of the few foreigners, beautiful women would be throwing themselves at you as you enjoyed an incredibly low cost of living and year-round spring temperatures.

And then the word got out.

Foreigners flooded in, the cost of living increased and Medellin became the South American hub for digital nomads.

It has since fallen out of favor for many looking to live longterm in Latin America.

In the 90s, Mexico City was not a place you wanted to be. The economy was in the dumps and crime was rampant. Express kidnappings were widespread, pollution was intolerable and it wasn’t wise to leave your house after dark.

Mexico City is one of the safest major cities in Latin America. It’s improved on its pollution problem, and boasts world-class restaurants, cafes and bars. Many are saying it’s going through a sort of renaissance, some even saying It Could Become The Next Paris (whatever that means…). Point is, today it’s a hotspot – but it wasn’t always like that. And it won’t be like that forever.

Here’s my list of the best cities in Latin America to travel to this year. You might be surprised at some of the cities that make the cut and others that don’t. But as someone who studies the region and has traveled extensively in Central and South America, these are the cities I’d want to hang my hat in this coming year:

Brazil is going through tough times right now. There’s political turmoil, the economy is in the dumps, crime is up and everything is impossibly expensive. Since doing a blitzkrieg through the country many years ago, I’ve always wanted to go back. It was a whirlwind tour with no knowledge of Portuguese. Although I was fascinated by the country, I couldn’t really get a handle on it. I recall being confused most of the time and paranoid due to the country’s dangerous reputation.

That being said, Belo Horizonte stood out for a number of reasons. The people were friendly, girls were pretty and the city was pleasant. I also didn’t get the sense that this is a particularly dangerous place. It was also substantially cheaper than Rio or Sao Paulo.

Right now is a good time to go to Belo Horizonte. Tourism in Brazil is down due to high prices and high crime, but in Belo Horizonte you can still enjoy the best of Brazilian culture at a low price and without a high risk of being robbed. Belo Horizonte is one of the most walkable cities in Brazil.

Basically, go to Brazil now before things get any worse.

When I settled into Lima, Peru for a longterm stay, I Had My Doubts About The City. Admittedly, I was in bad headspace at the time and took out my frustrations on where I happened to be staying. It was only during the second half of my time in the Peruvian capital that I came to enjoy the many things this city has to offer.

You can enjoy a nice sea-breeze with perfect summer weather, some of The Best Markets In Latin America, indulge in some of the world’s best food and some of The Continent’s Sweetest Women. Not to mention, it’s one of the safer capitals in LATAM.

What more does a man need?

The only gripe I have with Lima is that the cost of living is higher than it is in Bogota or Mexico City. Don’t get me wrong, it’s still super affordable, but considering its infrastructure is less developed than the two aforementioned cities, I have trouble coming to terms with spending more and getting less.

Now is a great time to go. Since the economy is showing no signs of slowing down, I expect this city will only get more expensive in coming years.

Coming in at #3 is Bogota, Colombia. In my opinion, Bogota offers the best value out of any capital city in South America. You can find top-notch restaurants, bars and museums and live a good life at a third of the cost of any major American city. The people are friendly, the women are top-notch and booze is cheap. Unfortunately, criminality is more of a problem here than it is in, say, Lima or Guadalajara, but as long as you’re somewhat careful, it is unlikely that anything bad will happen to you.

Now is a good time to go to Bogota because the economy has only just started to recover from an economic downturn. Growth is expected so you could very well see prices increases the following year. This is exactly what happened in Peru around 2016.

Get to Bogota before it gets more expensive. Right now, it’s still a hell of a deal.

Medellin is played out. The bad weather and size of Bogota isn’t for everyone. Cartagena is too expensive for what it offers. Cali is the place to be in Colombia at the moment. Although it has a reputation for criminality, it doesn’t seem to be much worse than Bogota. San Fernando is a safe area to stay in, and you can rent an apartment for much cheaper than you would in Bogota or Medellin. Taxi safety was once an issue, but this problem has been remedied by the arrival of UBER. Nightlife is incredible, the girls are some of the friendliest in the country and the weather is nice and warm, although it does tend to rain a bit.

Despite being one of the largest cities in Colombia, Cali isn’t completely overrun with foreigners…yet. But it will be. I’d say that there aren’t many years left before expats wake-up and effectively turn Cali into Medellin. Expect prices to rise after this.

Anyone that knows me (through the blog or otherwise) knows that I have a massive hard-on for Mexico City. But putting personal bias aside, this is the best year to travel to – or even live in – Mexico City.

President elect Donald Trump has been vowing to move jobs back from Mexico to the United States and has talked of taxing Mexican imports. These policy proposals have had a negative impact on the Mexican economy (the peso fell something like 7 percent on election night). Although the economy stabilized in 2017, 1 USD still buys 18.5 Mexican Pesos. In human terms, this means beers at the supermarket are 80 cents and a meal of tacos will run you no more than $3.00. You can rent a one-bedroom apartment in the best areas of town for well under $1000 USD.

But it may not last forever.

Depending on who gets elected, foreign investors may lose confidence, causing the Mexican economy to slump and criminality to increase. Although unlikely, we could see another situation like we did in the 90s in the nation’s capital, where crime skyrocketed due to a weak economy. Not to mention the NAFTA negotiations that are going on, which are unlikely to yield a favourable economic result for Mexico.

Point is, get here before the economy (possibly) collapses and before crime (possibly) increases.

There you have it!

These are my choices for where to travel in Latin America.

Although I’m currently freezing in Canada, I’ll be headed down south in the new year for some fun in the sun.

Hit me up if you’re planning to travel to one of these cities this year.