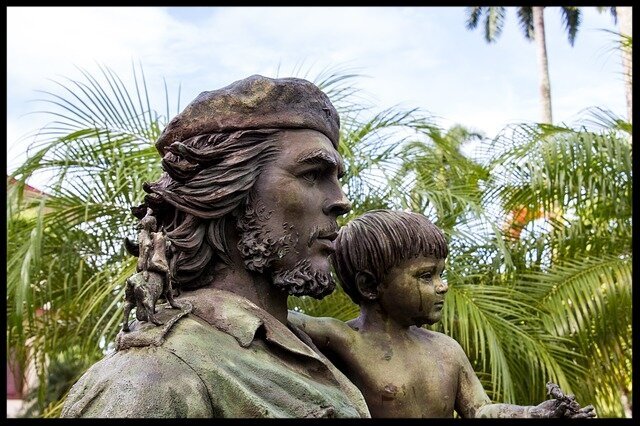 Located in the centre of Cuba, about 300 km east of Havana. A university city that is dominated by young people. Cheaper than Havana and, shockingly, you’ll hardly get anyone trying to swindle you. Also, the women were some of the most beautiful I saw in Cuba. Try some 10-cent burgers in the cafeteria on the corner of Parque Vidal.

Santa Clara is safe. You should have no problems here. It is a student town, and alcoholism isn’t as rampant as it is in some other mid-sized Cuban cities. It is fine to walk around here at all hours of the night without much concern.

RENT AN APARTMENT IN SANTA CLARA

Lacking. Every weekend there is a party in Parque Vidal with music and food vendors, but the crowd is mostly young kids (12-17 years old) alone or with their parents. There are few bars/clubs around, and they will all try to gauge you as soon as they find out you’re a foreigner.

I recommend: Club Mejunje. A pretty edgy-looking bar with friendly and interesting folk. Mostly students. Hosts a huge LGBT bash every Saturday night. The waitstaff tried to to charge me $4.00 for a beer and a coffee. Such is life as a foreigner in Cuba…still better than being a local in Cuba though!

Rules and regulations in Cuba will ruin you. Cuban girls run the risk of being apprehended for prostitution if they are seen walking and talking with foreigners. This will crush many of your attempts at day gaming. Authorities don’t seem as uptight about foreign interactions in Santa Clara as in Havana, but it is still simply not worth the risk for girls here. On the bright side, girls are more open to conversation in bars and clubs, but they are unlikely to go home with you, no matter how charming you are. And even if they do, most casas don’t allow guests and if they do they require them to register their names.

Welcome to one of the most sexually-frustrating places in the world. Imagine a place where the girls are irresistibly gorgeous and you probably won’t have sex with any of them. This is Santa Clara. You will be wowed at the volume of girls with near-perfect faces and figures that you walk by on a daily basis. The level here is matched only by a few cities in Argentina.

Basically however much they can get out of you as a tourist. But I wouldn’t pay more than about $3.00 to go anywhere here.

My favourite Cuban city aside from Havana. Cheap, an insane number of amazing women and the food actually isn’t complete shit here! I’d say the ideal stay in Santa Clara is anywhere from three days to one week. This will give you enough time to feel out the city and hopefully find better bars than I could. You could easily spend three days here just people watching.