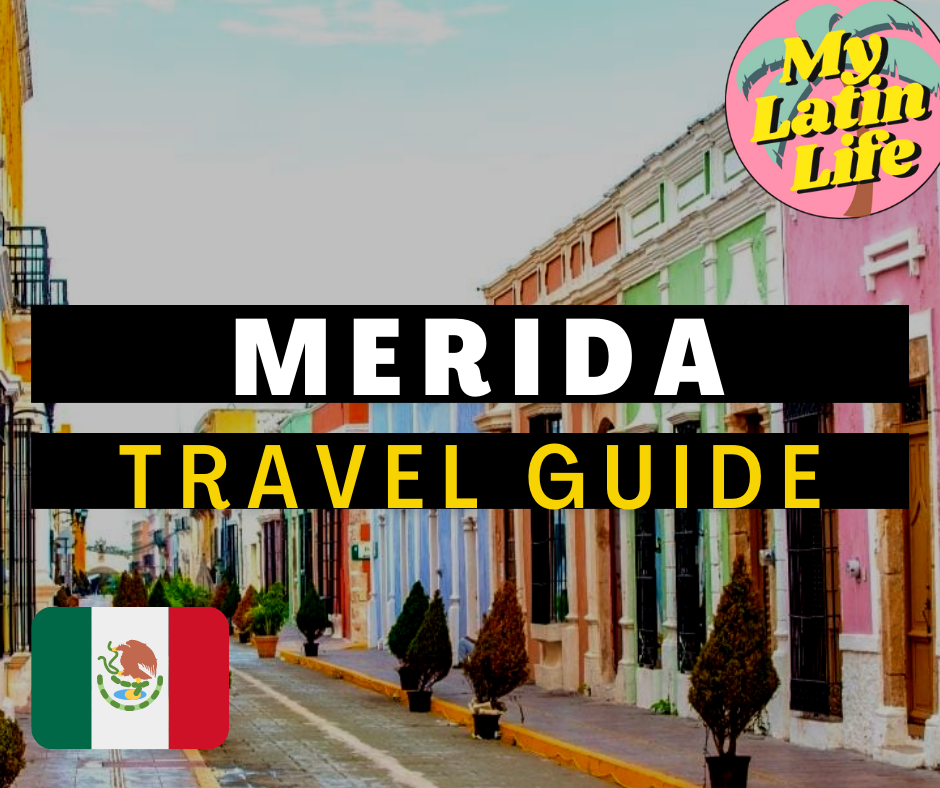 People love Merida…and so they should!

It has beautiful colonial buildings, it’s safer than a limbless infant, and has near-perfect weather. The people are incredibly friendly and the food is good. It’s a beautiful city and parts of the city will make you feel like you’re in Spain. Located a few hours from Cancun in the Yucatan Peninsula, it’s a very solid choice for expats looking to relocate south of the border. The wifi works well and there are many cafes for working remotely. This is an extremely relaxed and pleasant town to travel – or even live long term.

Merida is a major cultural hub within Mexico. The Yucatan is home to one of the most distinctive and creative cultures in all the Americas. Merida is the largest city in the state of Yucatan, so Merida is full of Yucateca and Mayan culture. There are many traditional foods, clothing, dances, etc that come from Merida. It has been an important city for many centuries, and this is reflected in the plentiful colonial buildings and hotels in the city. It’s kind of like a bigger Valladolid.

Merida is also known as a really safe city. Lots of long term expats are moving to Merida due to the reputation of being a safe city. You’ll be surprised at how many nice houses and mansions there are in a city without all that much wealth from industrial production. People make their money elsewhere then move to Merida. Many expats, especially Canadian and Americans, have come in and renovated the old colonial houses as well.

Mexicans from other parts of Mexico come here to move permanently all the time. The primary reason safety (Merida is really, really safe), opportunities, and warm weather. There’s quite a big student population, and I met many students from CDMX and other parts of Mexico that came here to study. There are many students as well. Merida seems like a slow, chill city but it’s actually fairly bustling and lively.

RENT AN APARTMENT IN MERIDA

$300.00 is possible, but an influx of expats has raised apartment and house prices in the centre of Merida. Outside the city centre will be significantly less for a decent pad ($150.00 ish).

Mexicans from other parts of Mexico come here to move permanently all the time. The primary reason safety (Merida is really, really safe), opportunities, and warm weather.

Merida is a relaxed city with a good cafe scene. The wifi is strong and you’ll be able to post up at a cafe for several hours.

Pan & Køf.feé: One of the newest cafes in the city. Modern finishings, really strong wifi.

The Italian Coffee:  Well known cafeclose to everything. Starbucks vibes. Lots of tables and decent wifi.

Merida is home to a sizable nomad community. Expect to meet many nomads here in the coffee shops. Canadian and Americans make up the majority of the digital nomads, but you’ll see Europeans as well.

Nightlife in Merida is slower than Tulum or Playa Del Carmen. That being said, people from Tulum and Playa roadtrip to Merida to party whenever they get bored and seek a weekend away.

The oldest and most important bar in Merida is probably La Negrita Cantina. Last I heard, it’s owned by an older French guy with a load of travel stories. La Negrita can be considered the center and beating heart of Merida’s main bar area.

Then on Calle 60 and 62 are lots of bars. These bars are have a younger vibe. These bars are pretty cool, usually set in the courtyards of colonial buildings. There are bars from Paseo de Montejo all the way down to the Plaza Grande.

Casa Chica: Cool spot for food and drinks. More of a rich vibe.

La Negrita: The most popular bar in the city. Live music. Great drinks and menu. There’s always a line so get there early. When it’s full it’s full and people don’t really leave til the night is over.

SALÓN GALLOS: This place is super cool and off the beaten path. It’s a restaurant that becomes a hipster bar  at night. Very local crowd, bar is stand up as well. It’s a huge property with an art museum, theatre, and various installations.

COST OF LIVING IN MERIDA, MEXICO

You’ll need a minimum of $826 USD/month to live in Merida, Mexico

Merida is outrageously safe. I haven’t heard of any incidents involving tourists. The worst that is likely to happen to you is getting a bad deal on a hammock. Rumor has it that the city is a ‘neutral’ or ‘off-limits’ city where cartel activity is not allowed. This is because all the cartel members move their families to Merida to be safe and away from their violent homes in the north. That’s the rumor, anyway.

THINGS TO DO IN MERIDA, MEXICO

Walk around the plazas and churches. In some places it looks like you are in Spain. The Catedral de Mérida – San Ildefonso dates back to the 1500s.

Visit the Mayan World Museum of Mérida. You are on Mayan land after all!

Visit the Palacio de la Música. In the middle of downtown and has some free exhibits.

Hit the Beach! Progreso and Sisal are beach towns less than an hour drive away.

Visit Mayan ruins! There are many, many ruins nearby. The most well known are in Izamal, Mayapan and Uxmal. And Chichen Itza of course.

Visit the Celestún Biosphere Reserve, where you can see flamingoes and salt lakes.

HOW TO GET TO MERIDA, YUCATAN

Merida has a surprisingly decent airport. Try to fly in to the Merida airport if you can, to avoid having to commute from Cancun airport. There are direct flights from Mexico City to Merida. There are Ado buses from Cancun airport to downtown Merida running 7 days a week. There are Ado buses to Playa del Carmen, Tulum and Valladolid. Merida is also well connected by bus with Campeche, Ciudad del Carmen, and even Villahermosa, Tabasco.

Not excellent. You’re better off heading east to Cancun where there’s more of a demand for English teachers. People are generally quite poor in Merida, so know that if you seek under the table work, you may be taking a job away from a qualified local. Telecommuting is definitely the best option here, as the city is relaxing and doesn’t have too many distractions.

The best time of year to visit Merida is between late November and early April. Lots of people, including expats, live year round in Merida. It should be noted that Merida is very hot in the summer. The worst time of year to visit Merida, Mexico is in the summer. The best time to visit is in the winter. In the winter temperatures are considerably lower, especially at night. In the winter the city also experiences less humidity. There are lots of students in Merida as well, and students typically leave during the summer.

In short, Merida is a charming city and safe city with well conserved colonial architecture. We love Merida and believe that it will continue to grow in popularity among expats and retirees. It’s a perfect city for expats and digital nomads. Safe, good food, fast wifi, beaches close by, lots of activities, decent airport. A lot of digital nomads and expats who start in Tulum and Playa del Carmen eventually discover Merida. Merida is a real town that is not 100% dedicated to tourism. Merida is a great launchpad from which to discover the Yucatan peninsula. This is one of the most culturally rich areas of the planet.