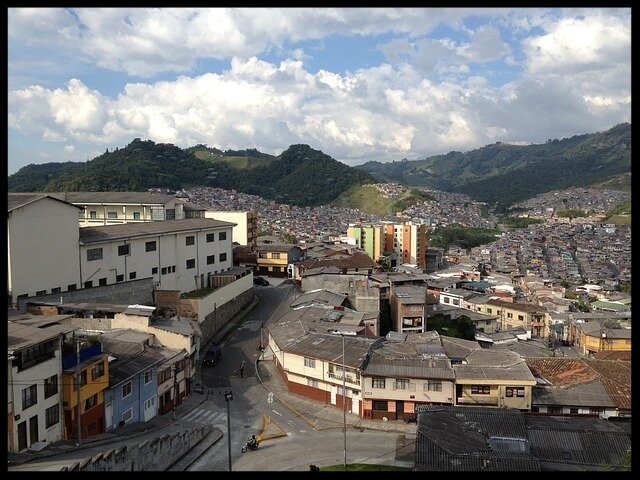 A medium-sized college town located in the coffee region of Colombia. Aside from Pereira, Manizales may be one of Colombia’s most overlooked and underrated cities. It is affordable, friendly and very conveniently located in the middle of Bogota, Medellin and Cali (by bus: 6 hrs to Bogota, 5 hrs to Cali and 4 hrs to Medellin).

RENT AN APARTMENT IN MANIZALES

$400.00 should do it. You pay even less for an apartment or house in Manizales if you split with students.

The nightlife in Manizales is good, but only from Thursday-Sunday; like many cities in Colombia, bars are dead during the week. Don’t bother with anything that’s outside the El Cable district if you are staying only for a short while. In El Cable there are a variety of bars and discos to choose from that are within walking distance. Meeting people in bars and clubs in Manizales is easier than in other Colombian cities if you are college-age, don’t act like a twat and have a little bit of Spanish language skills. The latter is important because seriously few people here speak English. I’d suggest going to Juan Sebastien Bar to try and connect with a few people before heading to a disco.

I recommend: Simon Dice. A big-enough disco to mingle in. Located in El Cable. A good area to get a taste of nightlife in Manizales.

Reasonably safe. Muggings are not entirely uncommon though. If you’re white-skinned, you won’t stand out too much because a lot of the people here are too (they don’t get much sun), but if you look rich you might be made a target.

COST OF LIVING IN MANIZALES

You’ll need a minimum of $681 USD/month to live in Manizales, Colombia

You could probably teach some English here. I’d focus on “business English” since many students will probably want to move to Bogota or Medellin to work after graduation

Like Pereira, another “hidden gem” of Colombia. The nightlife is respectable, the city is clean, safe and a good size and your exotic value will be high. Also, the girls in Manizales are hot enough to keep you pleased. Unfortunately, unless you are going to school or building an online business, you will get bored here pretty quick. On the other hand, if you work from a computer or want to learn Spanish in Colombia and prefer a small-town vibe, Manizales is an ideal city.