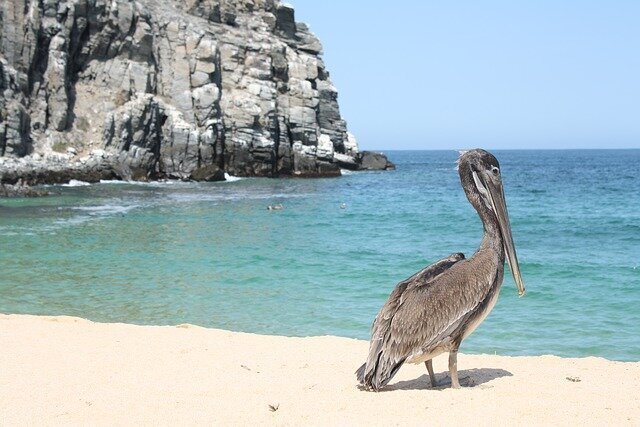 Last updated: 2022
All prices are listed in US dollars
Cost of living metrics are based on minimum living expenses for one person

A city on the Sea of Cortez in the Mexican State of Sonora. It’s known for being an import naval hub of the Mexican military, as well as for its excellent seafood. Most tourists you meet are going to be people from Hermosillo with a second home in Guaymas or visiting for the weekend. There are not many digital nomads here, but we expect to see more nomads and remote workers discovering Guaymas in the future. You will be a fair number of expats from Arizona and the southern United States.

Yearly temperatures range from 10°C to 35°C. The hottest weather is from July to October. The weather here is fairly agreeable all year round. Close to perfect weather, in fact.

HOW TO GET TO GUAYMAS

You can drive down from the States pretty easily. Guaymas is a close drive to Hermillo, Ciudad Obregon and Los Mochis. The easiest way to get to Guaymas by plane is to fly into Hermosillo and drive down to Guaymas. There are direct flights from Mexico City to Hermosillo.

Generally speaking, Guaymas is a safe, quiet city. However, there are some poor neighborhoods the farther you get away from the seafront. Don’t stray into unfamiliar areas, and opt to take a taxi in the evening and you should be fine here.

Beach, fishing and boating! Guaymas was made for these activities.

RENT AN APARTMENT IN GUAYMAS

$300/month should be enough to get you an apartment or small house in Guaymas.

COST OF LIVING IN GUAYMAS

Guaymas is a good place to live on a budget. Local stands have cheap produce and/or street food, and taxis and public transportation are affordable. You can live here for as little as $1000/month.

There aren’t many job opportunities here for expats. However, with the cheap cost of living, one could live here on little savings or investments + social security, or a modest location independent income.

IS THERE UBER IN GUAYMAS

Yes, UBER operates in Guaymas. That said, there aren’t many drivers.

IS GUAYMAS A GOOD PLACE TO LIVE?

While the overwhelming majority of expats opt for nearby San Carlos, Guaymas is a good choice for the expat who prefers a bigger city but still wants to live the beach life. This city is big enough to have all the amenities you’ll need to feel comfortable. There are several pretty beach towns nearby, and the metropolis of Hermosillo is a short 125 km away. As the expat community of San Carlos begins to swell, don’t be surprised to see more expats setting up shop in Guaymas!