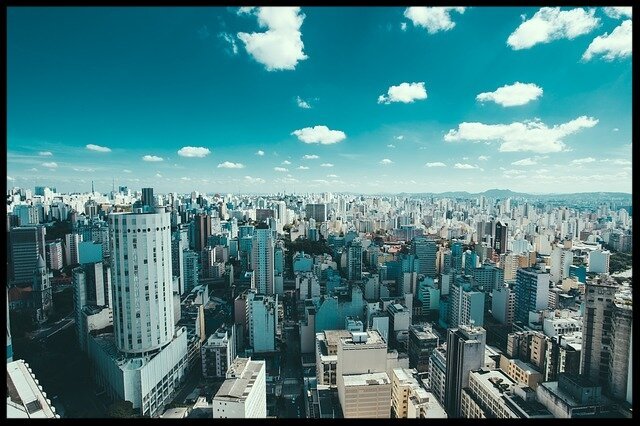 The largest and most economically important city in Brazil. It is hard to comprehend the vastness of this city; the photo shown here doesn’t even begin to do it justice. It is the hub of all economic activity in Brazil, aside from tourism. A first time visitor to Sao Paulo is likely to be throughly overwhelmed and impressed by an imposing and intimidating metropolis. On the whole, I’d say it has the most beautiful women in the country.

Believe it or not, you have just as good of a chance of hooking up with a girl here in Sao Paulo as you do in Rio de Janeiro, maybe better. The move here is to be aggressive and direct. Don’t feel the need to lie about how long you’ll be in town, because the girls here aren’t looking for a longterm relationship or a sugar daddy. Sao Paulo is no different than New York or Los Angeles. The girls are busy, career-oriented and hook-up for a release or to feel something, not because they need to be “saved” by a rich, exotic foreigner. These are not naive favela girls. Chances are their bank balances will be larger than yours, so don’t bother throwing money around or getting bottle service or anything of the sort. If the girl wants to bang you, she’ll bang you for herself and on her terms, knowing full well that you’ll be gone by next week. This is the best way to hook up with a girl in Sao Paulo.

*If you plan on using online dating to meet women from Brazil, I recommend Brazil Cupid as your best option for meeting sweet local girls

No one will believe me, but I don’t care: Sao Paulo has the hottest girls in Brazil. It’s a complicated and mysterious kind of hotness that has to do with a mix of affluence, self-assuredness and just plain sexiness. But I’ll scrap the adjectives and try to explain why the girls here are the hottest by comparing them to other Brazilian cities using Freud’s psychic apparatus:

1) Rio de Janeiro: In Rio, the girls speak to the reptilian brain. You see a fine mulatta dressed in high heels and a tight dress and you think, “right, I’m having that.” These girls satisfy your id.

2) Florianopolis: Girls in Florianopolis activate your socially-conditioned notions of female hotness. The media tells you that tall, tanned, young and lovely blondes that you see in the magazines are the standard to which all other women shall be judged. You have no choice but to lust after these types of girls because you have been conditioned your whole life to do so. These are the girls you know you can bring home to Mom. These girls satisfy your superego.

3) Sao Paulo: The girls in Sao Paulo are hot. And, they pose a conflict to your psychic apparatus because they physically represent both extreme sexiness (id), as well as culturally-determined ideals of beauty and social status (superego). This cuts out the middleman (ego) which acts in accordance to the reality principal. In other words, your ego is what stops you from sexually assaulting the girls from Rio because it isn’t socially acceptable, and what stops you from worshipping the girls from Florianopolis and asking them to marry you because it won’t get you pussy. Because girls from Sao Paulo don’t require any moderation from the ego, it makes them more desirable on a fundamental level.

RENT AN APARTMENT IN SAO PAULO

$800.00. This is a major international city, so there aren’t too many bargains to be had in terms of apartment rentals. However, if you’re savvy and can get a pad in a pre-gentrified area, you might be able to swing something for half this price.

COST OF LIVING IN SAO PAULO

You’ll need a minimum of $1010 USD/month to live in Sao Paulo, Brazil