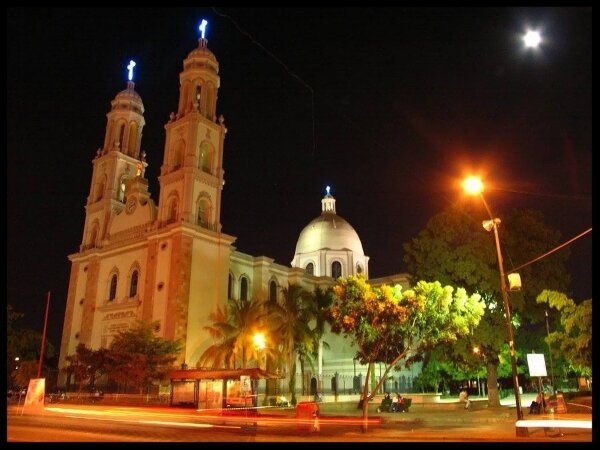 Cucliacan is a city in northwest Mexico founded in 1531.

RENT AN APARTMENT IN CULIACAN

$500.00. Slightly more expensive to rent an apartment in Culiacan than in other nearby cities of equal or lesser size because of the narco dollars that are floating around…there’s like 10 casinos in town.

As you might expect from the narco epicentre of the nation, nightlife in Culiacan is pretty good. Lots of high-class bars with more pretty gals than you can shake a stick at. And Culichis know how to party hard. And if you’re worried about drug dealers messing your vibe up, don’t be – they’re unlikely to give you any trouble. Even if you make the mistake of talking to one of their silicon-filled ladies, the worst they’ll do is tell you is to take off. If you ever find yourself confronted, just make it clear that you’re an English-speaking tourist.

Culiacan is not as dangerous as people think. That being said, don’t walk around alone aimlessly after 1 am looking like a dandy. Also, don’t venture too far into the outskirts of the city, as foreigners are eyed with suspicion. Don’t mess with narcos (they’re easy to spot) or their women and it’ll be fine.

COST OF LIVING IN CULIACAN

You’ll need a minimum of $793 USD/month to live in Culiacan, Mexico

Unfortunately, the city is quite ugly and there’s not much to do aside from having a few drinks and hitting the bars at night. Maybe check out the Autonomous University of Sinaloa (UAS) for some day game, but unless you get integrated into a social group your days will start to pass by pretty slowly.