Bogota vs. Lima: Where Should You Travel? 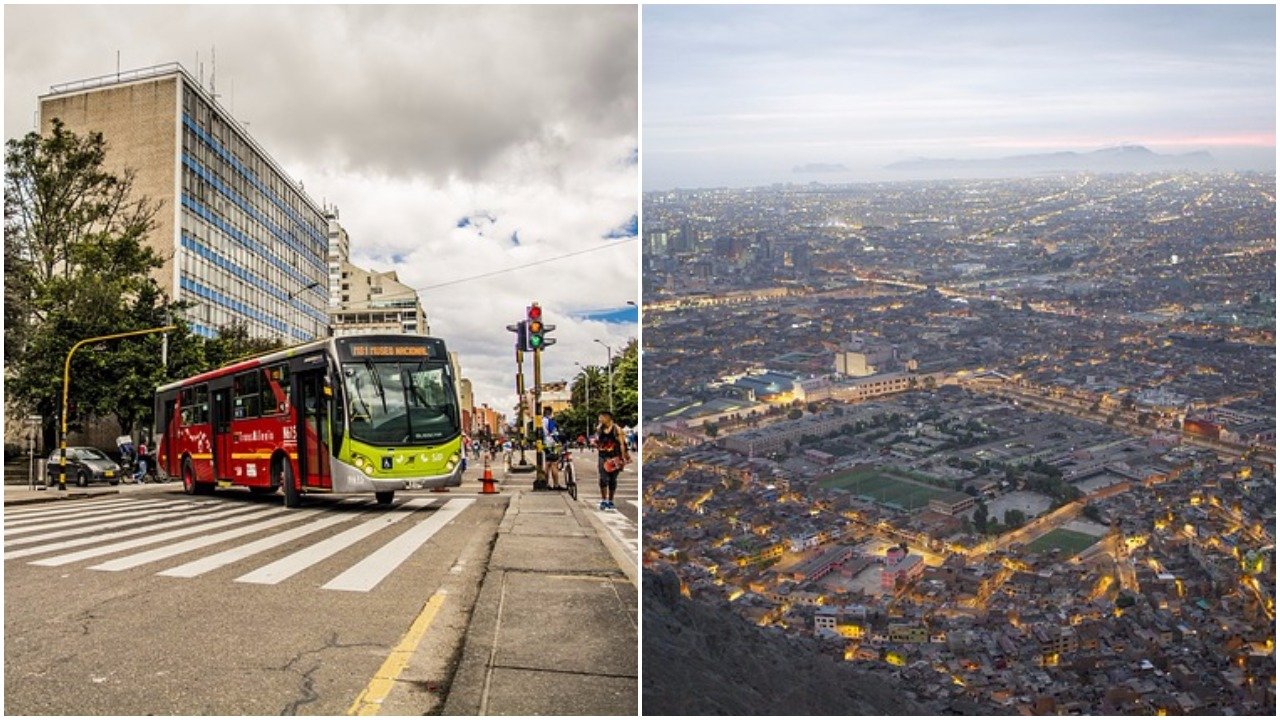 Time for another city showdown!

Today, we’ll be comparing Bogota with Lima. I’m going to help you figure out which city is better suited to your needs, tastes and desires.

Note – also read the city guides for Bogota and Lima for more information.

I’ll be using my tried and true breakdown of the following things a digital nomad looks for in a city:

Let’s get it rolling.

Lima is more expensive than Bogota.

This surprises most people.

It’s a pretty recent development. If you visited South America anytime between 2000 – 2010, the opposite was true. However, Peru’s economy has experienced a boom in the last decade (save from 2009, due to the financial crisis) and prices have adjusted to reflect that.

Upon Returning To Lima This Year, I was stunned at how much more expensive it had become since I first visited in 2013 (that reminds me, I need to update those Peru City Guides!).

In the Miraflores neighbourhood of Lima, where most foreigners opt to stay, you’ll pay $1000 +/- for a one-bedroom.

You’ll pay the same to live in Bogota’s Zona T these days – rental prices in the nice areas are more or less the same in each city.

The biggest difference between the two cities is not in rental prices but in entertainment.

As you’ve probably gathered, the price differences aren’t vast – I’d say Lima is no more than about 10% more expensive than Bogota.

If you want to have some fun and live in a nice area, I’d suggest..

In Bogota, it rains. In Lima, it doesn’t.

Lima is beautiful for 6 months, and overcast and grey for the other 6.

Most of the year, Bogota is cloudy with sunny spells. Rain is basically year round but kicks up more in the winter months.

Bogota is colder than Lima – the temperature in the latter rarely drops below 15 or 16C. The former can go below 10C.

I grew up in a place with 160 rainy days per year, so rain is something I tend to avoid. That being said, I’m used to it. The weather in Bogota doesn’t bother me too much.

But it’s tough to beat Lima in the summer.

Lima wins by a dramatic margin.

And that’s coming from a guy who doesn’t hate Colombian food as much as the average traveller; in fact, my most frequented restaurant in Mexico City was a Colombian joint called Pollos Mario. I could only handle so many tacos…

But Peru has the best food in Latin America. And it’s not only its ceviche. Local dishes such as Lomo Saltado, Pollo a la Brasa, Aji de Gallina, Rocoto Relleno, Anticuchos all beat the living out of any dish Colombia has to offer.

Although I do enjoy Colombian soups…

Another win for Lima here.

I always get a laugh out of travel blogs that insist Colombia is safe. It is most definitely not. Unless you stay in your apartment or hotel room day and night.

Bogota is no exception. While you can greatly reduce your risk of being a victim by staying in nicer neighbourhoods (i.e. Zona T or Parque 93), delinquency is never too far away; even in the nicer bars and clubs, there is a real risk of being drugged with Scopolamine.

If you’re careful, it’s unlikely anything bad will happen. I had no real problems in the city. But a friend of mine who was living in Bogota for a year was drugged on one occasion and robbed on another.

Now, Lima is no picnic either – there are many areas of this city I’d never dream of going alone after night falls. However, what Lima does exceptionally well is protect its affluent areas. Crime rates are very low in the neighbourhoods of Miraflores, San Borja and San Isidro. I have never heard of anyone being robbed or assaulted in these areas.

In fact, Miraflores and San Isidro have to be two of the safest neighbourhoods I have ever been in Latin America. The streets are well-lit and there is a strong but un-intimidating security presence. I feel much more secure in these two areas than in any neighbourhood in the city of Bogota.

Although you have to keep your guard up in both cities, Lima undoubtedly does a better job of keeping crime out of the areas where tourists stay. Upon arriving in Peru’s capital, you’ll have very little doubt which areas are safe and which ones are not.

In Colombia’s capital, those lines are a bit blurry.

There are more bars and clubs, greater variety and way more fun to be had in general…particularly if you like drugs, but even if you don’t.

It’s not that Lima’s nightlife is bad, it just can’t compete with what is arguably the party capital of Latin America (Sao Paulo and Buenos Aires being two other possible contenders).

That being said, unless your standards for a good fiesta are inordinately high, you should find plenty to keep you busy in either city.

This is a close one. Both cities have a lot of room for improvement in terms of infrastructure. In terms of modernity, Lima and Bogota are miles behind Mexico City.

I’m going to give this one to Bogota. It has a nicer and more extensive metrobus line than Lima (although Bogota is desperately in need of a metro) its airport is much better (Lima’s is a nightmare). Also, I found air travel more efficient and definitely cheaper in Colombia. The taxis aren’t as old/sketchy looking.

Internet speed is about the same in both cities.

The quality of roads, sidewalks and pedestrian areas are about the same in each city, which is to say adequate in richer areas, inadequate in poorer areas.

Also (not related to infrastructure), from a geographical standpoint, Lima is just straight-up an uglier city than Bogota. Lima is a flat, dusty desert. While not the prettiest city in the region by any means, at least Bogota offers some diversity in its landscape.

Although Lima does have the Pacific Ocean and a few OK beaches.

However, for people looking to do business in Latin America, I can think of no better place than Peru right now. E-commerce is growing bigly, disposable income is increasing each year and big American corporations haven’t quite invaded the place like they have in say, Mexico. As an American, Canadian or European, you will see some gaps in the market you could take advantage of.

…if you’re so bold. Doing business in Latin America as a foreigner is no walk in the park.

And the winner is…

A slightly more modern city, with better weather and a much better party scene. I will most definitely return to Bogota.

I can’t say the same about Lima.

However, if you’re A First-Time Traveller To South America, Lima is a much better city to start in than Bogota. It’s safer, the food is better and it feels a bit less hectic.

I’d suggest cutting your teeth in Lima before moving on to the more interesting, exciting and eclectic city of Bogota.