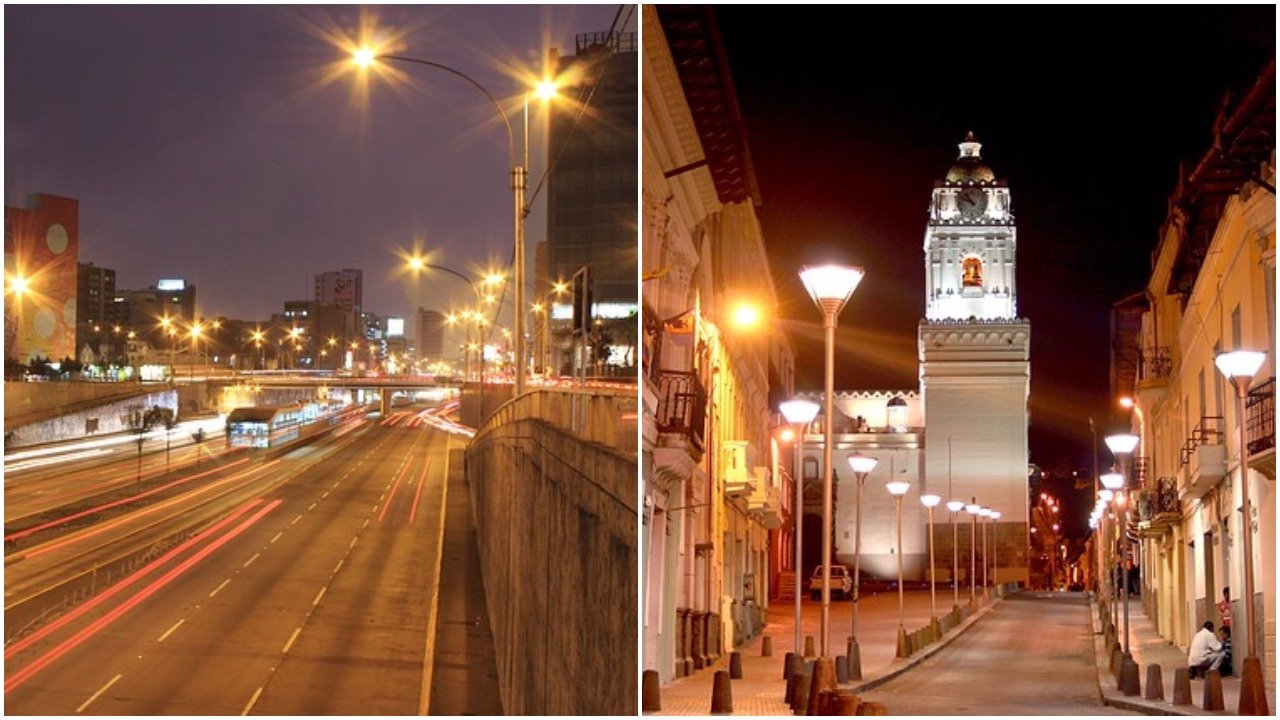 Today is another city-comparison post. In this instalment, I’ll be helping you decide if you should travel to Lima (“The City Of Kings”) or Quito (“The Light of America”).

Here are the others in case you missed ’em.

Before getting started, it’s worth keeping in mind that Lima is a much bigger city than Quito – 10 million people vs 3 million people – so keep that in mind when weighing your decision.

With that out of the way, let’s get it going!

Both Lima and Quito are middle of the pack when it comes to Cost Of Living In South America. You’ll find Colombia and Bolivia are cheaper, and Argentina and Chile are more expensive.

Despite being a smaller city, Quito is more expensive than Lima.

Food in the grocery store is noticeably more expensive in Quito, particularly anything that’s imported.

Clothes and personal items are more expensive in Quito.

However, where Quito makes up for this is in its apartment rental prices. My friend and I were in Quito 2 months ago, and we were delighted to find that we could rent a modern and spacious 2 bedroom, walking distance from nightlife, for under $40 a night. A quick search on Airbnb or with local listings will reveal that Quito has much better deals for private apartments.

With that in mind, your costs are likely to be similar in the two cities.

In Quito, it rains quite a lot and gets colder than it does in Lima. Like Bogota, Quito is often cloudy.

In Lima, it never rains. You get nice, sunny weather for 6 months of the year, and overcast weather for the other 6.

There are only really 4 months of dry weather in Quito (June to September). You can expect regular rain for the remaining 8 months of the year.

Peru beats all South American countries in the food department. Ecuadorian food leaves a lot to be desired. Carb rich, lots of fried dishes and little variety. In Quito, you’ll mainly be stuck with staple dishes – rice, chicken, plantains. I found it all rather underwhelming. They have western food as well, and a few Middle Eastern places, but as for local Ecuadorian fare, well, it just ain’t that good.

The only food I experienced that was done better in Ecuador than Peru was pork and baked goods (namely bread and pastries).

But it’s not enough to compare to the culinary paradise that is Lima, Peru.

In Quito, you never feel that safe. Even in the popular nightlife area around Plaza Foch, there will be sketchy dudes staring you down, and/or Colombians and Venezuelans trying to sell you drugs. The old town isn’t much better. Many tourists report being robbed or having their pockets picked here. Some taxis even have cameras and panic buttons.

Although nothing bad happened to me, there is decidedly more tension in the air than there is in Lima.

As I’ve mentioned before, the affluent neighbourhoods in Lima are among the safest places I’ve been in all of Latin America. They do a good job of making sure the areas that tourists hang out in are secure at all hours.

Quito seems to have failed in this aspect.

Nightlife in Quito is fairly basic. Most of the bars and clubs are located in Plaza Foch. There is a bit of action in La Floresta and the historic center as well, but that’s about it.

The most popular bars in Quito’s Plaza Foch are Bungalow 6, No Bar and Finn McCool’s. Don’t even bother with the latter if you want to meet locals. I have scarcely seen a place in South America so full of backpackers.

Lima on the other hand has a wide variety of bars and clubs throughout the city. The area around Parque Kennedy in Miraflores alone probably has more options than all of Quito.

Not a surprise since Lima is a much bigger city.

Upon arriving to Quito for the first time, I was surprised – based on what I’d read, I thought it would be worse than it was. I was pleased to find decent quality roads, impressive buildings and a lot of newer looking vehicles cruising the streets. Even the historic center has its charm due to efforts to upkeep the old historical buildings (Quito was the first capital city to be named a UNESCO World Heritage Site).

Although its metrobus line looks old as time itself, I’d say it’s adequate for a city of its size.

Lima, being a much bigger city, has a more impressive skyline, more hotels and a larger public transportation network (although more overburdened than Quito’s).

Internet speeds are about the same, but interestingly, it is much easier to find free WiFi in Quito. Like Panama City, many restaurants, cafes and parks will have wireless Internet.

Quito also has a bike-sharing system, whereas Lima does not.

Quito is a much more aesthetically pleasing city than Lima. It has more green spaces (likely thanks to the rain, more than anything) and it’s surrounded by the Andes mountains.

Lima, on the other hand, is mostly a flat, dry desert.

Both cities are good for an expat looking to start a business. With clothes being prohibitively expensive in Ecuador, and with fewer American retail stores than many other Latin American countries, I could see an independent label doing alright here.

This one goes to Quito.

Let’s recap, shall we?

As you can see, Lima wins in almost every category.

That being said, I didn’t mind Quito. If it was cheaper, safer and if the women were ever-so-slightly more attractive, I’d consider a three month stint here. Geographically, I found it to be a beautiful city.

Let me know your thoughts in the comments below!

Check out my other city showdowns!