My Thoughts On Living In Lima, Peru For 6 Months 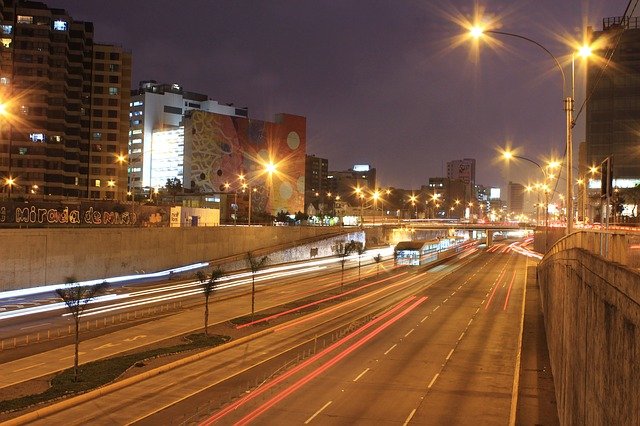 Ladies and gentlemen, my time in Lima is drawing to a close.

And I’m here to tell you what I think.

It’s taken me a long time to form a coherent opinion about living in this city – at first, I didn’t know what to make of it. And upon arriving I made no secret of the fact that I had my doubts about Lima.

But after nearly 6 months in Peru’s capital, I think I’ve finally figured the place out.

What follows will be a loosely-organized collection of my thoughts on what it’s like to live in Lima. By the end of the article you should have a very clear idea whether or not this is a place you’d like to check out.

Let’s get it going.

First Impressions Of The City

If you fly into Lima during the day, when you begin your descent into Jorge Chávez International Airport, you will get an aerial view of what may be the ugliest, most uninspiring city you have ever laid eyes on.

There are no two ways about it: Lima is a very unattractive metropolis.

On the ground, it doesn’t get much better. Don’t get me wrong – the parts along the malecon with views of the Pacific Ocean are spectacular, and the neighbourhoods of San Isidro, San Borja and La Molina could easily be mistaken for American suburbs, but the rest of the city is terrible.

Exploring the city during my first few weeks here was extremely discouraging and left me wondering why I’d chose Lima.

That being said, if you’re happy to confine yourself to 3 or 4 neighbourhoods, you can craft a very nice lifestyle for yourself.

More on this later.

I was surprised by how expensive Lima is. Don’t get me wrong, it’s still much cheaper than the United States, but by Latin American standards this is a relatively costly place to live.

This wasn’t a huge issue for me – like I said, it’s still cheap – but the problem is that you don’t get much value for that extra money. There aren’t many parks in the city, there is no metro, most of the infrastructure is poor and many parts of the city are dangerous.

By contrast, Mexico City is bigger, more modern, has many more parks and public spaces and an extensive metro system. Yet, for some reason, it still manages to be at least 10% cheaper than Lima.

Bogota, with only slightly worse infrastructure than Lima, is probably around 15% cheaper.

Santiago, Buenos Aires and Panama City are, of course, more expensive, but the cities are safer and much more developed.

Again, no big deal, but for what it offers, Lima should not be this pricey.

The food is amazing here. I can’t say enough good things about it. Every dish I’ve tried I’ve loved. You can get a 3-course menu meal for under $5, and a huge plate of ceviche for under $10. Cocktails are also on-point, they seem to make them much stronger here than in other Latin American countries. You’ll pay about $6 for one of these in a bar.

I’m no food blogger so I’m not going to list all of the different delicacies you can try here in Lima. But if you’re into food this city will not disappoint.

However, cleanliness seems to be an issue. I rarely get sick from food in Latin America anymore, but I’ve been sick three times here. Chances are that unless you eat exclusively in expensive restaurants, you’ll have some stomach troubles.

Nightlife in Lima is good. It’s no Bogota or Buenos Aires, but the neighbourhoods of Barranco and Miraflores have a wide selection of clubs, and the ratio between women and men is decent.

My preferred spot is Calle Berlin, just off Parque Kennedy. Check out the clubs with lots of people around. La Botika is a good place to start the night.

If you’re in Barranco, do El Dragon.

If you’ve read anything about Lima on the Internet, you’ve probably come across a club named Gotica as the place to go to pick up Peruvian girls. Well, it’s recently closed down.

If you want to meet hot, upper class Peruvian girls, go to a club called Mute instead.

I’ve kept it simple here with nightlife during my time here, so I don’t have too many recommendations apart from:

1) Get a flat in Miraflores walking distance from Calle Berlin

Girls in Lima: a controversial topic. Seems guys either love them or hate them.

So, what’s the deal?

First off, I have to disclose that I was in a relationship for most of my time here (in which I was 90% faithful), so I didn’t exactly tear it up. That being said, at the risk of being called a wimp, I’ve been a tad depressed since the breakup so I’ve been doing my best to meet as many girls as possible.

I’ll start by addressing a few stereotypes about the women of Lima.

There Are No Hot Girls in Lima!?

THIS IS NOT TRUE AT ALL.

If you’ve done any travelling in Colombia, Argentina, Brazil, Venezuela, Panama or some parts of Mexico, you may be disappointed.

There’s no doubt that upon arriving to Lima, I had to calibrate my expectations. You simply won’t see nearly as many good looking women walking around as in the aforementioned countries.

But they do exist!

I’ll make this easy. Unless they’ve gone off to Playa Asia to party (which many of them do in the summer months), hot girls can be found either shopping in Larcomar, or around Parque Kennedy. If you’re only here for a short time, there is little point looking anywhere else. In Larcomar, you should see at least 15 girls an hour that you’ll want to approach.

Girls in Peru are the Easiest in Latin America to have Sex With?

The lower quality girls are probably among the easiest to get into the sack (i.e. in countries like Chile and Argentina you have to put in more effort, even with uglier women). But if you’re going for something better it will normally take at least a couple dates.

I can tell the people saying this are using online dating. If you’re a decent looking guy using Tinder or Latin American Cupid down here, you can effortlessly set up a date for every night of the week and very likely bang 80-90% of these girls in a short period of time (1-3 dates).

I may or may not be doing this now myself for a bit of post-breakup degeneracy 😅.

Problem is, the quality of girls you find online down here who will be willing to meet up simply isn’t great.

Also, this is a rather socially-conservative country, which means it will normally take at least a few dates to hook-up with a girl of any quality. I quite like this – something unnerving about a country having tons of gals that’ll hop into the sack after just meeting someone.

This one is true for the most part; girls here lack the fiery personalities typically associated with Latinas. They are also, how should I say this…

Don’t expect to have too many in-depth conversations.

On the flip side, they are very caring, warm and feminine. They aren’t as manipulative as many Colombian girls or as annoying or obnoxious as many Mexican girls. And if you’re looking for something more serious, Peruvian girls are definitely more loyal than many other Latinas.

My own relationship here had it’s share of problems, but I was never worried about infidelity

They Are Bad at Sex

This one, in my experience, has been true 😥.

Not really bad, but hop over to Colombia or Brazil and, well, there’s not competition.

Like most Latin American cities, your safety in Lima depends entirely on where you are. You’ll be able to figure out pretty quick which areas are safe and which ones are not. I’d say it’s safer than Bogota but slightly more sketchy than Mexico City.

The most interesting thing I’ve noticed here is the safety in my neighbourhood of Miraflores: I have never been to a neighbourhood in Latin America that feels as safe as this. Nowhere. Somehow they manage to keep even people who look dirty out of this zone. Seriously, it’s as though they have a dress code to enter. There is also security everywhere. How much they’d actually be able to do if things ever went down is debatable, but they seem to be doing a fine job keeping the dodgy people out.

I’ve never felt uneasy here, even walking home at 3am, and I have never heard of anyone ever getting robbed in the district.

I’m not saying you shouldn’t take normal precautions, but I am seriously impressed at how safe it is in my neighbourhood. Same goes for San Isidro.

Two seasons: summer and winter. Summer is from about December to April with sunny skies pretty much everyday. Winter from May to November with mostly grey skies. Never gets excessively cold or hot, and never rains. Try to come during summer.

What Kind of Travellers Should Live in Lima?

Ok. This is an important section. It took me awhile to figure out why there are so many mixed opinions about Lima. But after having chatted briefly with a few expats here and also having been both single and in a relationship in the city, I think I’ve figured out who might enjoy Lima, and how to make the most out of the city.

Come to Lima if:

Here is the perfect Lima setup.

Point is, Lima is a place to have fun for awhile, but it’s not a great place to live longterm. The weather in winter is depressing and 90% of the city is horrible. It’s important to keep this in mind because it’s easy to forget when you’re living in Miraflores.

What Kind of Travellers Should Avoid Lima?

If you like Colombia, you probably won’t like Peru. You’ll find it boring, unfriendly and you’ll miss the women.

In summary, avoid Lima if:

While I enjoyed my time here in Peru, it felt forced. I’d visited the city before and had a great time, so I had high hopes for living here. Unfortunately, it fell short of my expectations. This is partially my fault. A somewhat tumultuous relationship and the fact I put the city on a pedestal doomed my experience in many ways.

But I also never really jived with the place. The city lacks character. The nicer areas are filled with American fast food restaurants and cookie-cutter shopping malls, and the middle/lower class areas are rundown and often dangerous. Locals aren’t quite as warm or friendly as in other countries I have been to.

As much as I tried to love Lima, I just couldn’t.

I’m also not very interested in the country. While I can spend hours reading about Mexico, Cuba, Colombia or Venezuela, I can’t get into the culture, customs or history of Peru.

It pains me somewhat to admit this, but I wish I had spent these 6 months in Bogota instead.

I won’t say I’ll never be back to Lima, but it would have to be under some pretty specific circumstances. Either a business opportunity of some sort, or a chance to rent a killer flat with a few good friends in the summer months.

Barring that, it’s very likely that in a few short weeks I’ll be saying goodbye to Lima forever.

Thanks for listening and leave your thoughts in the comments below!