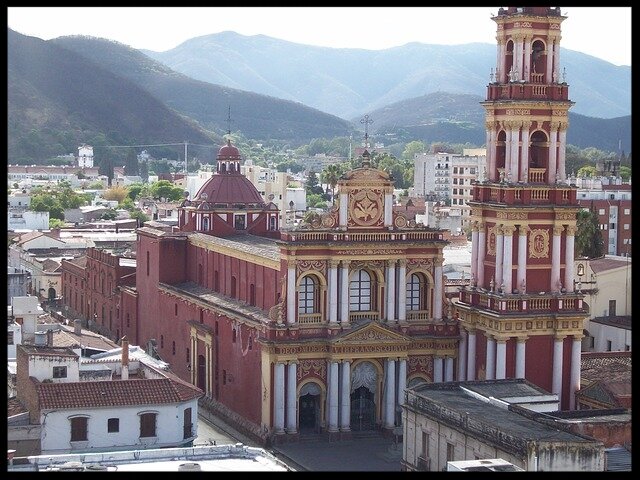 Salta is a mid-sized city in the northwestern part of Argentina, known for its colonial architecture and beautiful weather. This is one of the oldest cities in Argentina, having been founded in 1582. The city sits at a high elevation and has a unique mix of Argentine, Andean and indigenous culture. Salta lies close to the borders of both Chile and Bolivia, and thus serves as a great gateway to the rest of South America.

Salta has been a known tourist destination for a long time. It’s like ancient traveler city that only accomplished travelers have visited. Many travelers have come through Salta, since the city lies close to the borders of both Chile and Bolivia. Salta serves as a great gateway to the rest of South America. The city is also a major mining and industrial city, so it has some economic might behind it.Salta is a functioning city that is not 100% dependent on tourism.  Overall, An all-around pleasant and relaxed city for travelers to pass time in. The nature here is incredible. If you enjoy the outdoors, you’ll have fun in Salta.

The Salta region is home to many mining and industrial concerns. Many business travelers visit the area on behalf of foreign mining and engineering firms. Salta is also a touristic destination, so expect to see both Argentine and international tourists. You’ll see some tourists here, but not too many. The expats that you find here probably work in mining, engineering, or tourism.

The Salta is a known tourist spot. There is a lot of natural beauty and it’s become even more popular recently due to how instagram-able the surroundings are. You will be able to find hostels and backpackers in Salta. This city is definitely a part of the gringo trail, albeit one of the more far-flung locations. Digital nomads will be found in the hostels and Airbnbs of the city, but this is more of a short term city. A recommended stay for digital nomads is 4-7 days.

HOW TO GET TO SALTA

The closest major Argentine city to Salta is Jujuy. Santiago Del Estero is roughly halfway between Buenos Aires and Salta, which makes a good stopping point for buses or driving. Salta is pretty far north. You will be on the road a long time if you decide to drive from Buenos Aires. Even though Salta is close to the border with Chile, Salta is so far north that it’s a 20 hour drive from Santiago. Asuncion, Paraguay is a 13 hour drive, and people sometimes make the drive buy cheap electronics and clothes.

RENT AN APARTMENT IN SALTA

It is possible to find places for $300-$400 dollars near the centre of town. Airbnb works well here and there are many options. You should be able to get a good deal off market as well. There’s not too much demand for apartments and if you pay cash you should have tons of options.

WHERE TO STAY IN SALTA, ARGENTINA

The best area of Salta to stay during your visit is probably the Centro. The centro is safe with beautiful architecture. Try to book something near the Plaza 9 de Julio.

Respectable for a town of its size. The people here like to party, which is good, because if they didn’t the town would get pretty boring fast. A great deal of the bars are on and around Balcarce street, and in a town this size, it won’t be hard to determine which spots are hot on what days.

Amnesia: One of the better upscale nightclubs in the city.

THINGS TO DO IN SALTA

Check out the City Museum Casa Hernandez. Average museum but worth popping by.

Visit the Quebrada de San Lorenzo, an amazing nature reserve. You can also hike up to the Mirador San Lorenzo.

Reach the top of Cerro San Bernardo. You can even get there by cable car on the Teleferico Salta. Enjoy spectacular views of the city.

Very safe. The biggest “threat” you’ll encounter will probably be spray-painting vandals. Salta is a relatively safe city. Take normal precautions and you should be just fine here.

COST OF LIVING IN SALTA

Salta is less expensive than Buenos Aires. You can get empanadas here on every corner for practically nothing. They have good wine here and it’s super inexpensive as well. Rent is low because realistically there’s not that much demand. You could rental for $200 or $300 easily.

A very charming city. This would be a fabulous place to live if mid-sized, quiet towns with a bit of a nightlife scene and culture are your thing. It vaguely reminded me of Guanajuato, Mexico in terms of its climate and cultural offerings.

Basically, it’s a city that you either pass through quickly en route to another destination, or stay in for a long period of time.  A man could certainly do worse than Salta though. It’s cheap, the food is good, and the people are hospitable. That said, if you’re looking for a more exciting and vibrant city, perhaps go straight to Buenos Aires.